"This bill is truly a privacy 'cure' worse than the disease." 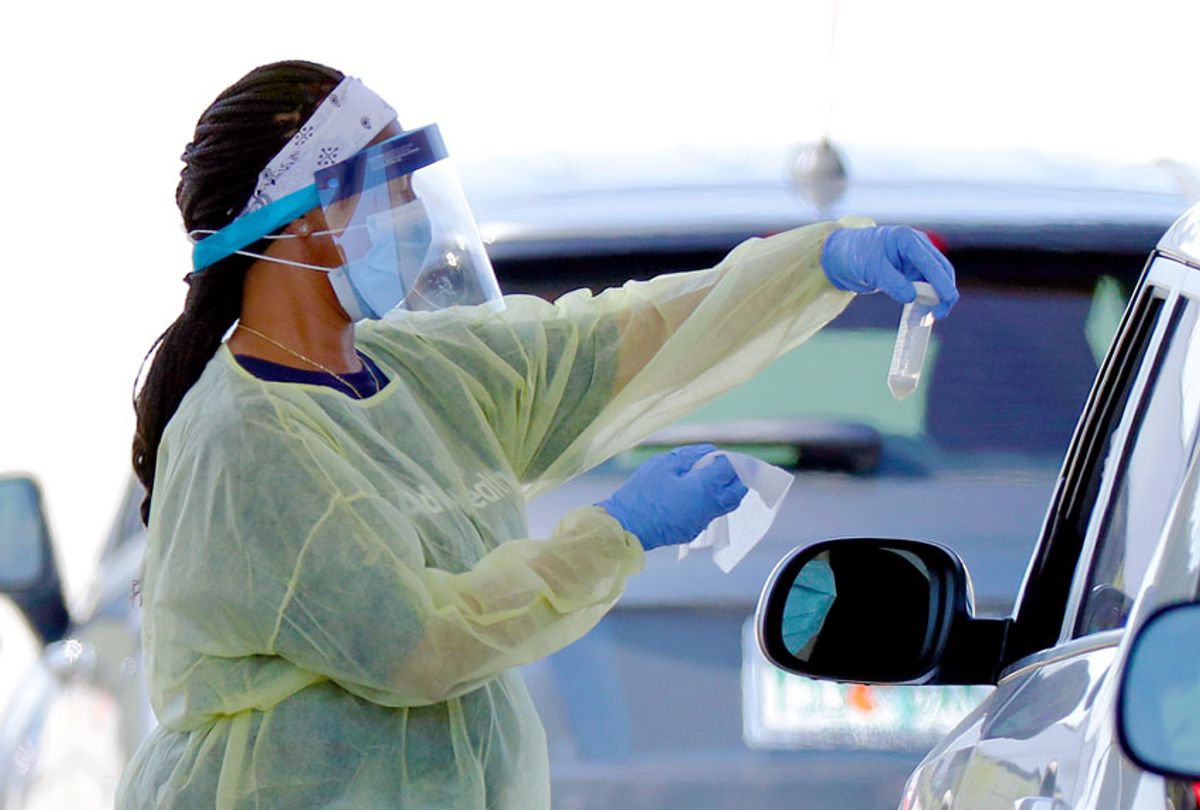 Digital rights advocates sharply rejected legislation announced by a group of Republic senators that would cover how technology companies use consumer data as part of contact tracing measures to help stem the spread of COVID-19.

"This is an anti-privacy bill, not a privacy bill," Evan Greer, deputy director at Fight for the Future, said Tuesday.

Greer warns that the GOP lawmakers "are pretending to care about Big Tech companies' abuses while pushing for legislation that would do absolutely nothing to protect people."

The proposed legislation in question is the COVID-19 Consumer Data Protection Act, announced in an April 30 press statement by GOP Sens. Marsha Blackburn (Tenn.), Jerry Moran, (Kan), John Thune (S.D.), and Roger Wicker (Miss.). Thune told Politico he hopes the measure can be included as part of the next coronavirus relief package.

According to Moran, the proposal would "address specific consumer privacy violations resulting from COVID-19." But Fight for the Future countered that assertion, calling the legislation a "thinly veiled attempt to weaken existing privacy protections."

Public Knowledge, a group that advocates for an open internet, was also critical of the proposed bill and detailed a number of concerning aspects.

"Companies may still profit from selling health information or geolocation data, and are allowed to infer who has been diagnosed with the novel coronavirus," said Sara Collins, policy counsel at the group. "The only 'restrictions' apply to data specifically collected for coronavirus contact tracing. Even these limited protections fail to apply to law enforcement or federal agencies."

"The bill gives no new resources to the Federal Trade Commission to enforce the law, no new enforcement powers, and — despite reference to any FTC rules — no new rulemaking authority," said Collins.

"To make matters worse," she continued, "the bill gratuitously preempts the much stronger FCC privacy protections governing mobile carriers. These protections have been used to ensure data on mobile phones are not shared with third parties without the user's permission. As a final insult to consumer privacy, the bill would preempt the states from adopting or enforcing any stricter privacy protections in the absence of strong federal protections at the FTC."

"This bill is truly a privacy 'cure' worse than the disease," said Collins.

Greer, in her statement, urged lawmakers to "cut the crap and enact real data privacy legislation as soon as possible."

"Now more than ever," she said, "it's essential for both human rights and public health."

The concerns over the proposed legislation came a month after over 100 human rights groups warned that governments' response to the Covid-19 pandemic "must not be used as a cover to usher in a new era of greatly expanded systems of invasive digital surveillance."