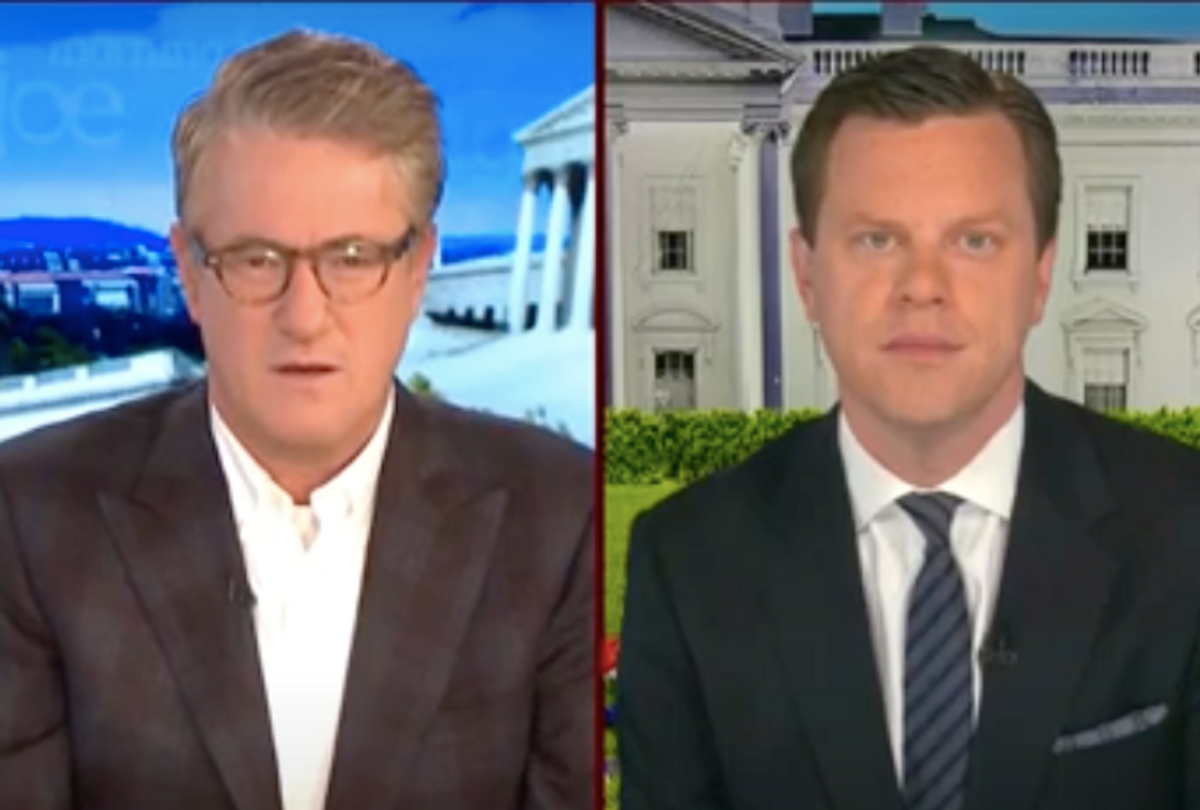 MSNBC's Joe Scarborough blew up Republican claims to be the "party of life" after President Donald Trump surrendered the lives of American seniors to the coronavirus.

The president has tossed aside his administration's own guidelines on easing social distancing measures in hopes of restarting the wrecked economy, and the "Morning Joe" host said the move was premature, misguided and irresponsible.

"It's about politics — it's not about health, it's not about safety," Scarborough said. "It's really not about the economy. He's going to make the economy even worse by doing this. You know, he did say one thing that was correct. When he said he was going to open up the United States, open up these businesses, try to force these businesses to open up, I think a lot of them weren't going to because they don't want to die, and they don't want their customers to die. But he said, quote, 'There will be more deaths.' Yes, we're going to open up the economy and, quote, 'There will be more deaths.'"

Scarborough was astonished by the admission.

"When you have all of Donald Trump — it seems so many of Donald Trump's supporters in the national media now are brazenly saying a senior citizen's life is not as valuable of those in their 30s or 40s," Scarborough continued. "I can list names, I don't have to — they're out there. They're no longer the party of life, they're a party of the bottom line, they are party of the stock market. Anybody says they're the party of life, because they want to protect life before a child is born but not after, and seniors, their deaths are not tragic like the death of a 30- or 40-year-old, or a Texas lieutenant governor saying, 'You know what, we're willing to sacrifice ourselves, we're willing to die so the stock market can go up.' No, they're not."

"Poll after poll, Americans understand how serious this is," he added. "This morning as we wake up, over 76,000 Americans dead. More Americans now have died from the coronavirus, which Donald Trump said would magically go away in April, than died in civilian deaths in World War II during the blitz of London, during the battle of London — during Hitler's, the Nazis' bombing of the London people."