Here's why llamas are being enlisted to fight coronavirus 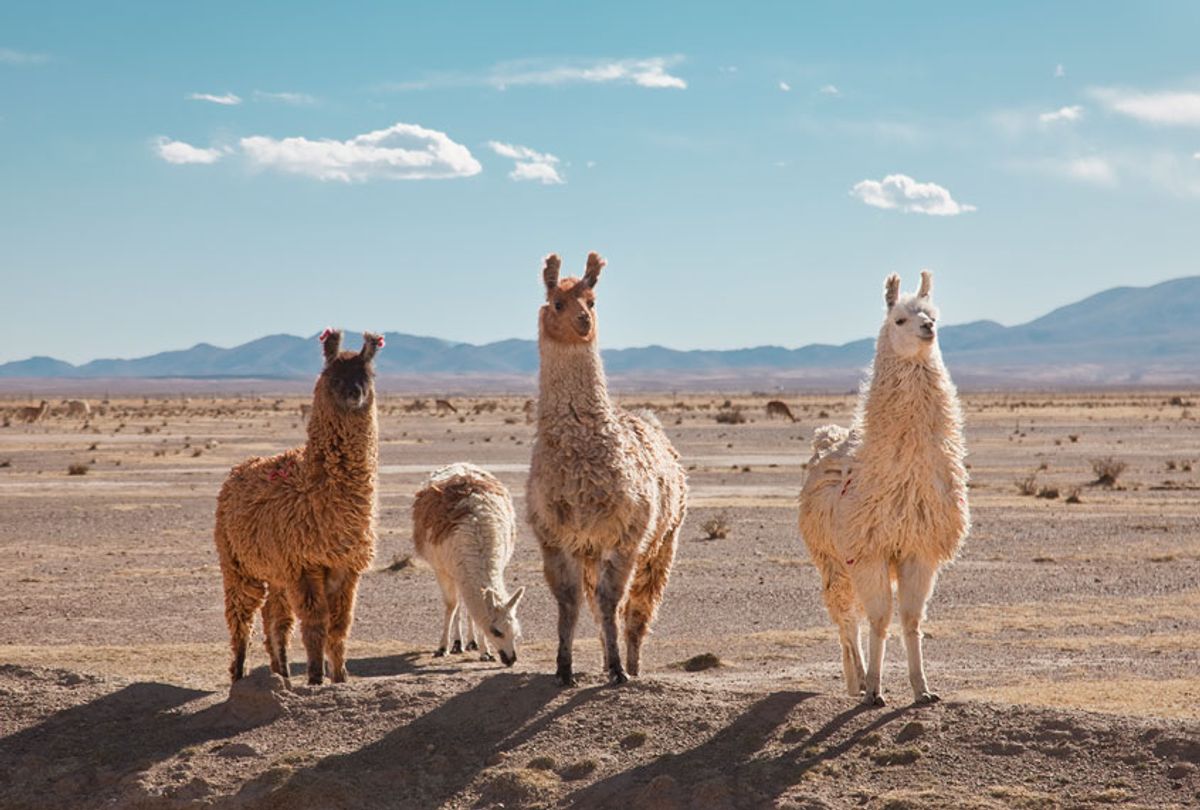 Llamas are more than mere funny-looking camelids with super soft wool. They are also crucial for biology research into the coronavirus.

Findings published in the science journal Cell on Tuesday found that llama antibodies showed promise as a means of neutralizing the novel coronavirus. The group of researchers, who hail from Belgium's VIB-UGent Center for Medical Biotechnology and the University of Texas at Austin, previously studied camelid antibody responses to SARS and MERS.

"Because of the current lack of treatments for MERS, SARS, and COVID-19 and the devastating effects associated with pandemic coronavirus outbreaks, both prophylactic and therapeutic interventions are sorely needed," the researchers stated in the paper. "It is our hope that because of their favorable biophysical properties and their potent neutralization capacity, MERS VHH-55, SARS VHH-72, and VHH-72-Fc may serve as both useful reagents for researchers and as potential therapeutic candidates."

Researchers are hopeful the antibody could eventually be used as a prophylactic treatment. This means that it could be injected in someone who is not yet infected, but at a high risk, like a healthcare worker. Notably, the protection against coronavirus wouldn't be permanent, according to the New York Times report; rather, it would last a month or two before additional injections were needed.

While such antibody treatments aren't quite the same as a vaccine, one advantage to an approach like this is that it would provide immediate protection — though of shorter duration. Unlike vaccines, which compel the immune system into creating their own antibodies for a given pathogen, with antibody treatments patients are being given the antibodies directly, though they will not create new ones.

The most vulnerable groups, such as the elderly, often mount a modest response to vaccines, which means that their protection may be incomplete. Healthcare workers or people at increased risk of exposure to the virus can also benefit from an immediate protection. Hence, this type of antibody medicine may be a crucial tool in fighting the current pandemic.

As reported by the New York Times, the llama antibodies were harvested from a four-year llama named Winter. Llamas' antibodies are a good candidate for the coronavirus because they can be easily manipulated and remain stable. They are also shorter and lack light-chain proteins. Whereas in humans, antibodies are made of both heavy and light-chain proteins that form a Y shape, the smaller antibodies of llamas enable them to access smaller crevices on spike proteins — the proteins that allow the coronavirus a means to infect.

As Salon has previously reported, novel coronavirus immunity, and exactly how it is conferred, is still a subject of intense research. For other coronavirus-family members like SARS and MERS, antibody defense is present in survivors for around two years, according to separate studies. South Korean health officials say at least 91 people who had been infected with the novel coronavirus tested positive for it again, after testing negative. Yet that finding is controversial, as some scientists think this subgroup may have received a false negative in the middle of an ongoing infection.

While the sci-fi approach of injecting llama antibodies into humans is likely several months away, researchers are moving toward clinical trials.

"There is still a lot of work to do to try to bring this into the clinic," Dr. Xavier Saelens, a molecular virologist at Ghent University in Belgium told the New York Times. "If it works, llama Winter deserves a statue."