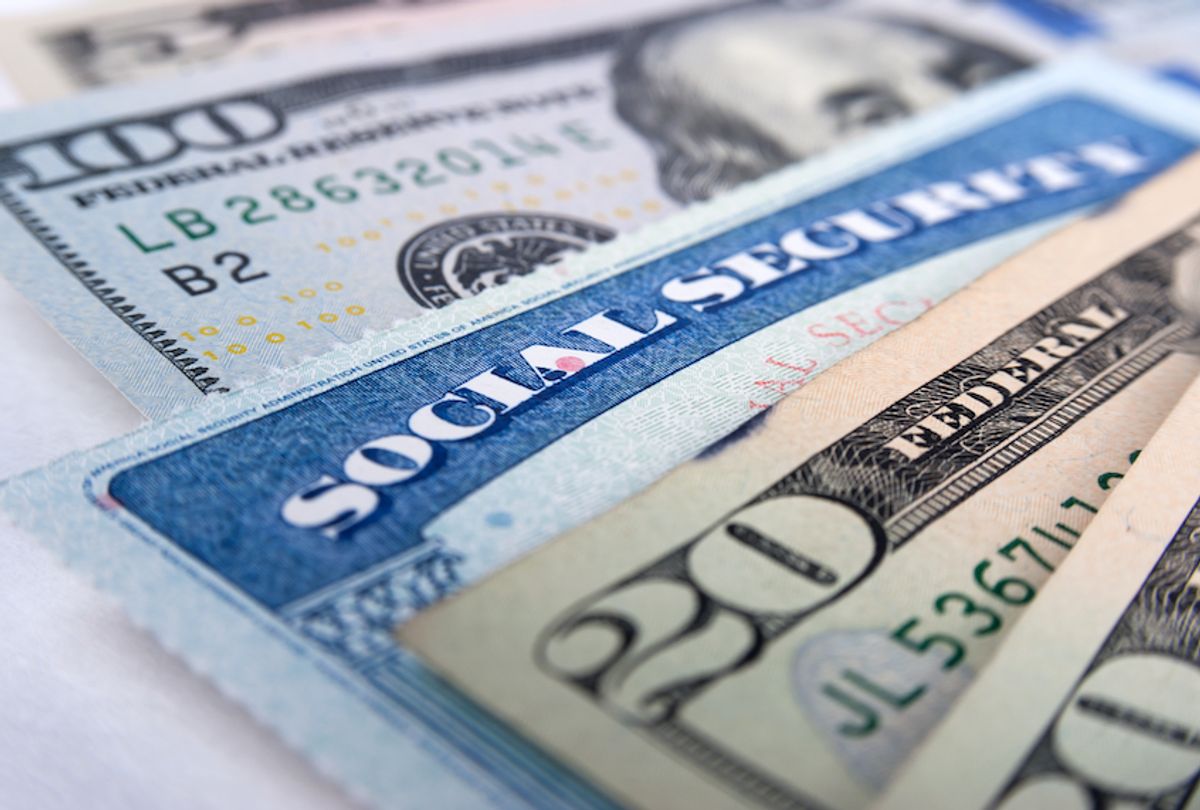 Suddenly concerned about the growing national debt now that corporations have secured access to trillions of dollars in COVID-19 bailout funds with little oversight, Trump administration officials are reportedly considering several proposals purportedly aimed at reducing government spending — including a pair of plans that would provide Americans with cash payments in exchange for delays or cuts to their Social Security benefits.

In addition to weighing a push for automatic federal spending cuts that would take effect once the economy rebounds from the coronavirus crisis, Washington Post reported Sunday that top White House economic officials are "exploring a proposal floated by two conservative scholars that would allow Americans to choose to receive checks of up to $5,000 in exchange for a delay of their Social Security benefits."

The "Eagle Plan" was crafted by a State Department official close to President Donald Trump's son-in-law and senior adviser Jared Kushner, who forwarded the proposal to the White House Council of Economic Advisers. Art Laffer, a conservative economist and Trump adviser, told the Post that he supports the proposal.

Alex Lawson, executive director of advocacy group Social Security Works, said in a statement Monday that the plan would "force people to choose: Go hungry today or work until you die."

"The Trump administration is obsessed with using the coronavirus crisis to undermine our Social Security system," said Lawson. "Social Security is an earned insurance benefit. It is not a piggy bank. This plan, and any plan that raids Social Security, is a moral abomination. Instead of trying to steal the earned benefits of desperate people, the government should be sending $2,000 a month to everyone in America, as Democrats in Congress have proposed."

Hogan Gidley, a White House spokesman, indicated that Trump is opposed to the ideas laid out in the "Eagle Plan" — which he described as "ludicrous on its face" — but the Post reported that the president has not reviewed the proposal.

Amid a global pandemic that has left more than 30 million people in the U.S. jobless, Trump's top economic stimulus idea has been cutting the payroll tax, which funds Social Security and Medicare. The president said during a Fox News town hall last week that he would not sign any future COVID-19 stimulus package that does not include a payroll tax cut.

"Donald Trump and his administration will stop at nothing to cut Social Security," said Rep. Pramila Jayapal (D-Wash.), co-chair of the Congressional Progressive Caucus.