Progressives fought for a paycheck guarantee or monthly payments. Instead, it's more tax credits for business 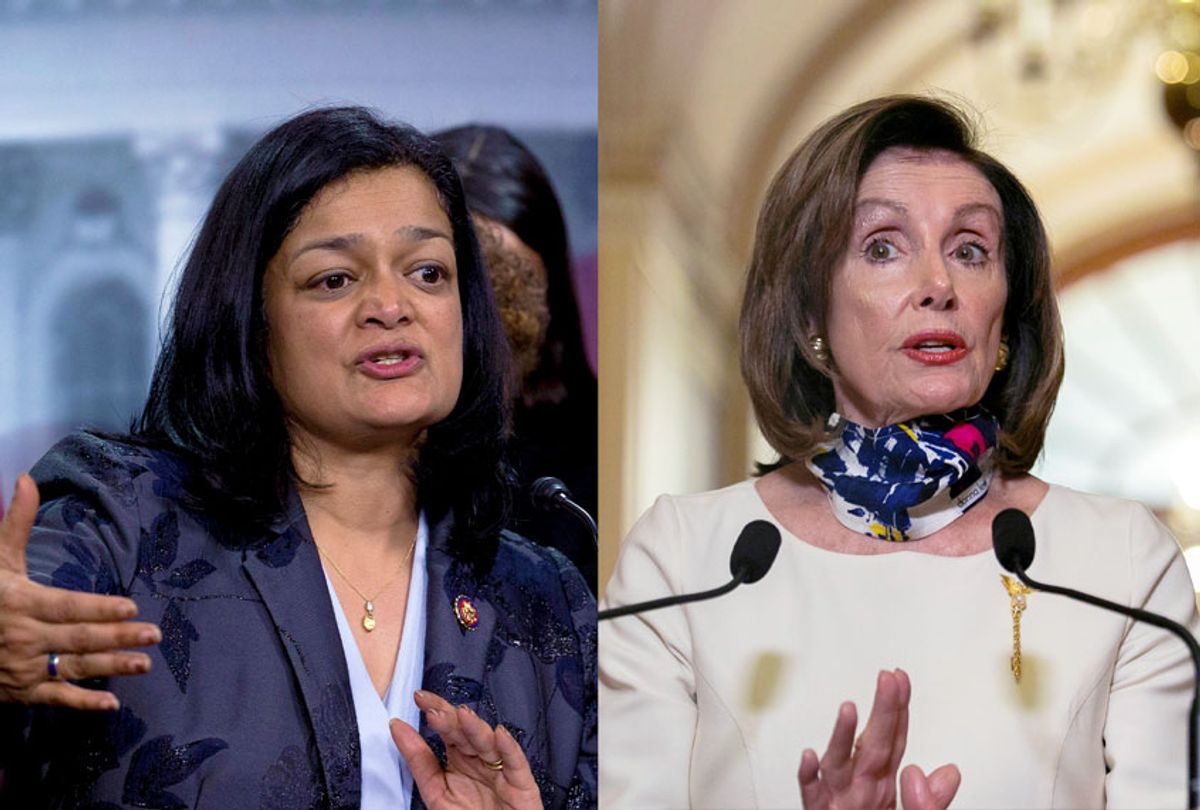 Throughout the several rounds of congressional negotiations over relief funding during the coronavirus pandemic, House Speaker Nancy Pelosi has argued that the Democratic House leadership's strategy will win major concessions from Republicans and the Trump administration. Pelosi has been eager to fend off complaints from progressive critics concerned about the billions in taxpayer-funded corporate bailouts stuffed into the first three bills signed into law by the president.

Democratic leaders have argued that the onset of an unprecedented global pandemic and shutdown was not an appropriate time to play political hardball. The next round of relief, Pelosi has repeatedly promised, would include the bold policies many in her caucus demanded to grapple with the true depth of the crisis.

"How are you paying? No one asked that question with the $2 trillion tax cut," she reportedly told Democrats in a conference call last week, goosing efforts to push for substantive legislation at a hefty front-end cost. Pointing to the GOP's 2017 corporate tax cuts, Pelosi encouraged her members to "go big" on the next package.

Now Pelosi is now touting the repeal of parts of that 2017 tax law as a major part of House Democrats' latest proposed pandemic relief funding bill, even though that repeal would result in lower federal taxes for high-income earners. Pelosi's pitch to "go big" seems to have been forgotten, however, since the new bill will not include a paycheck guarantee that would cover 100% of qualified wages for workers during the duration of the pandemic.

House leadership released an 1,800-page bill on Tuesday afternoon and have said they plan to vote on it Friday. This legislation apparently does nothing to address the failure of the Paycheck Protection Program, an emergency small business loan program that has been exploited by large corporations and has imposed undue burdens on small shops. That program was a key provision in the CARES Act passed by Congress back in March, and is now viewed as a disaster. Without much input from rank-and-file members, House leadership negotiated a massive new cash infusion into the program late last month, but did not take up the proposal backed by more 60 Democratic members to cover payrolls, 100% up to $100,000 per employee, while the crisis lasts.

"I never said the Paycheck Protection was perfect, but it's getting better," said House Ways and Means chair Richard Neal, D-Mass., a figure viewed with immense distrust by progressives. It was reportedly he who axed the paycheck guarantee proposed by Rep. Pramila Jayapal, D-Wash. Citing the high potential cost, Neal pushed a business tax credit supported by more fiscally conservative Democrats.

"It would be an endless amount of money if we put our wish list for the future in there," Pelosi told reporters on Tuesday, before immediately shifting her tone. "We must think big for the people now, because if we don't it will cost more in lives and livelihood later."

Pelosi appears to be using the urgency of the pandemic as a way to push back against the "think big" policies favored by many progressives. In early March she reportedly walked out of a Democratic caucus briefing after Jason Furman, who served as President Obama's chief economist, called for direct cash payments to Americans. There has only been one stimulus payment of up to $1,200 so far, and just one additional $1,200 payment is proposed in Pelosi's latest bill — although this time the amounts will be equal for adults and children. More than three months into this crisis, House Democrats remain strikingly reluctant to embrace continued cash payments, the simplest and most obvious method of economic stimulus.

House Democratic leadership did include some key progressive goals in the new package, including  $3.8 billion in funding for states to safely administer elections, $100 billion for rental relief, $75 billion for mortgage relief, direct aid to states and localities, and increased funding for nutrition assistance, unemployment insurance and hazard pay. Democrats also took steps to address the deleterious public health effects of the shelter-in-place orders that have been in place across the nation. The House bill includes suicide and domestic violence prevention measures, as well as increased funding for violence intervention programs and federal victim assistance funds mandated by the Victims of Crime Act.

All might not be enough to keep more progressive members of Pelosi's caucus on board. Leaders of the Congressional Progressive Caucus sent a letter to the speaker on Tuesday, asking for a delay on the scheduled Friday vote to allow further review of this gargantuan legislation. But that's nowhere close to a Freedom Caucus-like revolt from Pelosi's left. Progressives won considerable concessions from House leadership this round — and that's precisely the problem. When increased funding for food stamps and hazard pay for frontline workers are considered major symbolic bones thrown to the left, you have to wonder about this party's overall priorities.