“What are you hiding?”: Nebraska stops releasing coronavirus data from meat plants after cases spike

As cases at plants around the state rose, Republican Gov. Pete Ricketts said data would no longer be made public 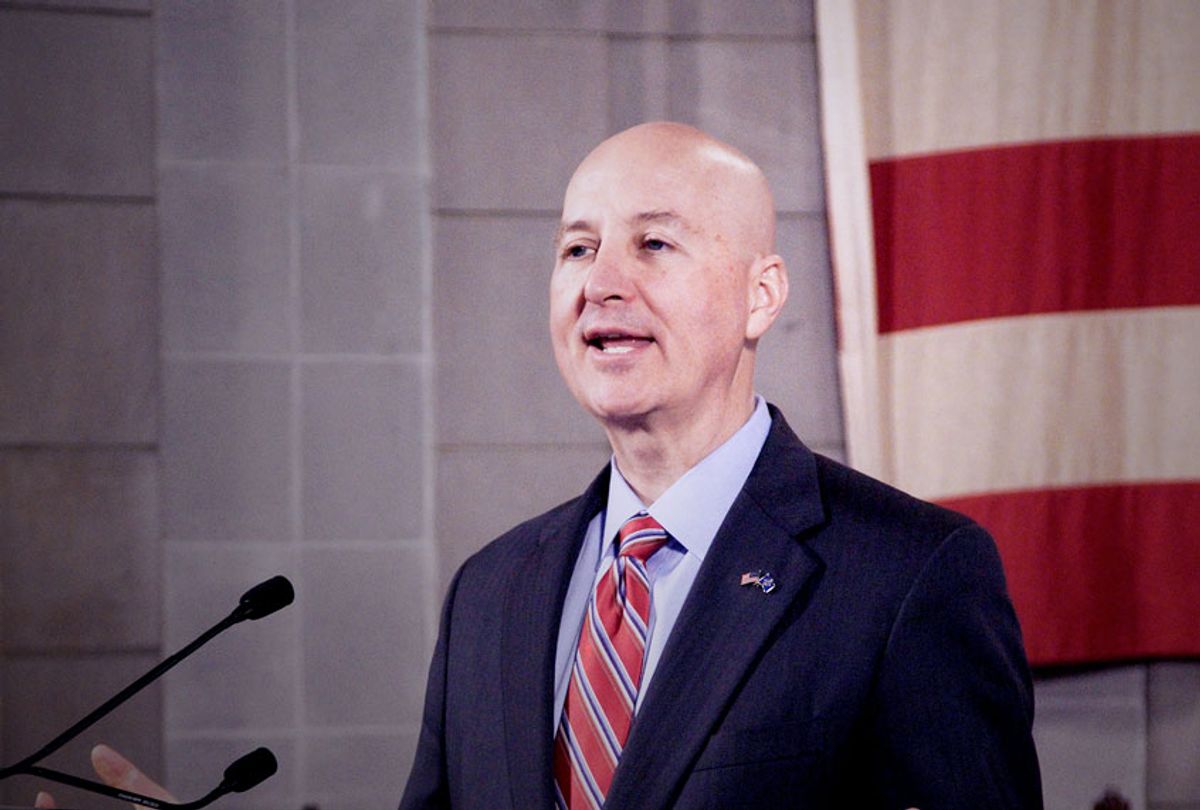 Through the first week of May, Nebraska officials reported 96 infections at a Tyson plant in Madison, 123 at a Smithfield plant in Crete and 237 at a JBS plant in Grand Island. Then the updates abruptly stopped, The Washington Post reported.

With the companies not sharing the numbers either, the move left plant workers and their families unaware of what was happening at their worksites.

Vy Mai, who lost her grandfather to the coronavirus after her uncle and aunt were exposed at the Smithfield plant, questioned the secrecy in an interview with The Post.

"What are you hiding?" Mai asked. "If the 'essential' workers are being treated fairly and protected at meatpacking plants, why aren't we allowed to know the numbers?"

Meatpacking plants have seen some of the worst outbreaks in the country. A third of the 30 counties with the most infections per capita have large meatpacking plants. Four of those countries are located in Nebraska.

Ricketts argued that the data was unreliable, because some people have not been forthright about their place of work and suggested that local officials not release the numbers unless they obtain permission from the companies. Company officials have largely refused to share the data due to privacy concerns.

"Since this is an ever-changing situation we cannot provide specific numbers," a spokesperson for Tyson told The Post.

Tyson disclosed 212 positive tests at its plant in Madison, Neb., after the outlet's report was published.

Rickets announced last week that more than 1,000 workers had tested positive but said the data from individual plants would not be released.

"We do have aggregate data that we are tracking at the state, but that's the only way we're going to present it — as the aggregate," he said. "We have had people who are not telling the truth with regard to their place of employment."

The decision sparked anger among members of the United Food and Commercial Workers, the union which represents many of the workers.

"Governor Ricketts is taking steps to conceal testing results from the communities and workers that need it the most. This is a wrong decision at the wrong time," union chief Mark Lauritsen said in a statement. "Workers, communities and companies all deserve this information so that we can make these essential workers as safe as possible. Transparency and honesty builds trust, ensures safety and keeps the food system functioning."

"We are disappointed to announce that our office was just notified of this news story," the department's website said last week. "We had been awaiting clarification on these statements from Governor Ricketts. Until clarification is received, we will not be releasing Tyson information until further notice, or until we hear otherwise that we may do so."

But after The Post story was published, Tyson and the agency revealed the Madison figures. The company vowed to release data from its other plants in response to the report, as well.

The lack of information has caused anxiety among workers.

"I'm afraid of catching it," one Tyson worker told The Post. "I have been at home for 21 days in quarantine, but on Tuesday, I'm supposed go back to work."

Nebraska is not the only state which has tried to stop the flow of data, even as workers are asked to return to work. Officials in Florida instructed medical examiners to stop releasing death data after the numbers showed more fatalities than those reported by the state.

The Trump administration has also tried to stem the flow of information about the virus. The White House buried a report from the Centers for Disease Control and Prevention recommending tougher restrictions during reopening phases and warned of a second wave of coronavirus infections, according to the Associated Press.

Trump and Dr. Deborah Birx, the coordinator of the White House coronavirus task force, have also pressed the CDC to change how it counts virus-related deaths, arguing that the agency is overcounting the number of fatalities, according to The Daily Beast. The report came after Dr. Anthony Fauci, another member of the task force and the head of the National Institute of Allergy and Infectious Diseases testified to the Senate that, if anything, deaths have been undercounted.

Bob Anderson, the chief of the Mortality Statistics Branch at the agency's National Center for Health Statistics, agreed.

"I don't worry about this overreporting issue," he said. "We're almost certainly underestimating the number of deaths."