Graham rejects Trump's call for Obama to testify about Russia probe: "Be careful what you wish for"

"Hauling a former president before an oversight committee?" Graham asked. "I don't think that's been done before" 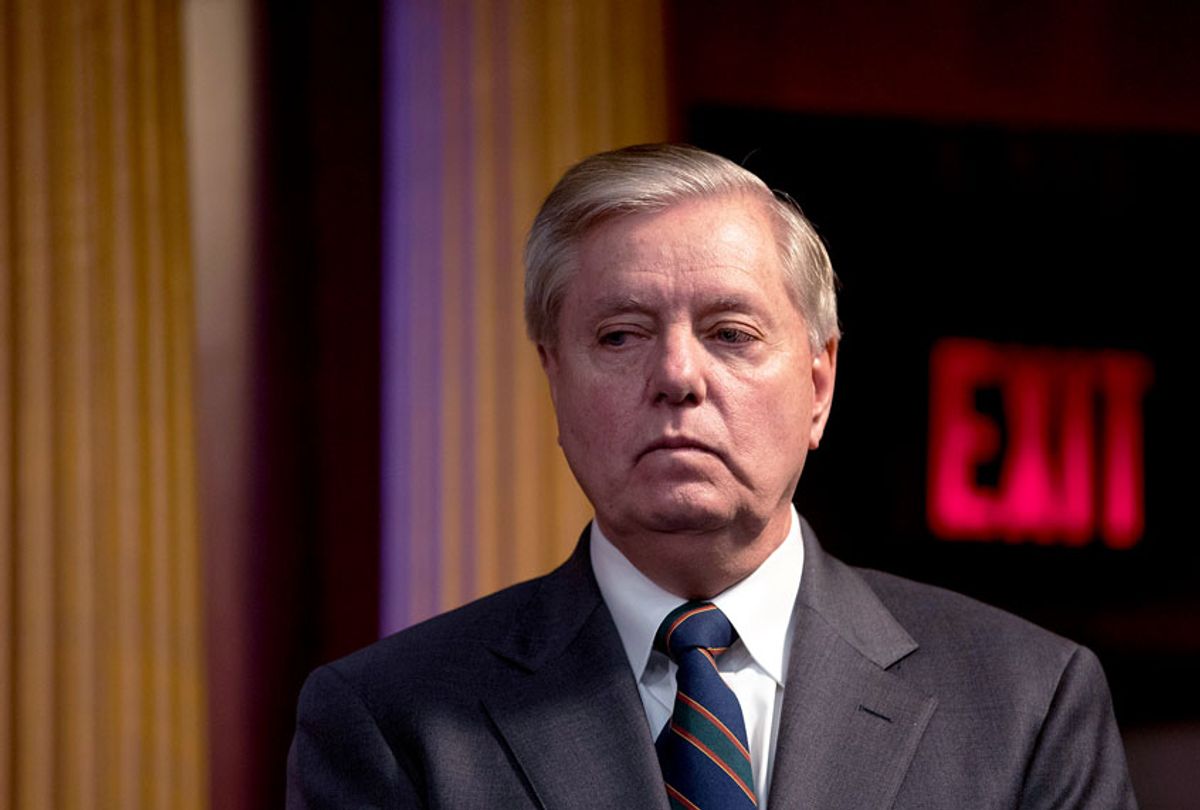 "Be careful what you wish for," Senate Judiciary Chairman Lindsey Graham, R-S.C., warned President Donald Trump after he demand that former president Barack Obama be called in to testify about his latest favorite conspiracy theory: "Obamagate."

"If I were a Senator or Congressman, the first person I would call to testify about the biggest political crime and scandal in the history of the USA, by FAR, is former President Obama," Trump tweeted Thursday. He knew EVERYTHING. Do it @LindseyGrahamSC, just do it. No more Mr. Nice Guy. No more talk!"

Graham told Politico's Andrew Desidero that not only was the the timing off but also he didn't "know if that's even possible."

"I understand President Trump's frustration, but be careful what you wish for," the senator added, alluding to the unpalatable precedent such a move would set.

Trump and his allies in right-wing operative and media circles have unleashed a smear campaign against Obama this week, accusing his predecessor of vague surveillance crimes related to the origins of the Russia investigation.

Fox Business host Maria Bartiromo agreed with Trump that "Obamagate" was "the biggest political scandal that we've ever seen" in a Thursday interview, even though the president could not answer her multiple requests to explain it.

The new campaign comes on the heels of Attorney General William Barr's unusual decision to drop criminal charges against Flynn, even though he twice pleaded guilty in sworn court statements submitted as part of a cooperation agreement with federal prosecutors working in former special counsel Robert Mueller's office.

"Obamagate" is the latest incarnation for a spectre of alleged corruption that has never truly stopped haunting the West Wing under Trump's watch. Less than two months into his term, for instance, Trump tweeted that Obama had tapped his phones in Trump Tower in the fall.

"How low has President Obama gone to tapp my phones during the very sacred election process. This is Nixon/Watergate. Bad (or sick) guy!" the president wrote. (He did not provide evidence to support his stunning claim.)

When a reporter asked Trump on Monday what specific crime he believed Obama had committed, Trump stomped through a field of vague talking points before attacking the reporter.

While Graham has so far resisted Trump's advances in regards to Obama's personal testimony, he has reportedly entertained the idea of calling senior Obama administration officials before the Senate Judiciary Committee as part of its ongoing investigation into the origins of the Russia probe.

"I'm very, very sensitive to the separation of powers, executive branch — we do have oversight of it as Congress, appropriate oversight," Graham added in his brief interview with Politico. "But hauling a former president before an oversight committee? I don't think that's been done before. And presidentially, I'd be careful what I wish for."

Graham's public displays of fealty to Trump have themselves birthed a number of conspiracy theories. The senior senator from South Carolina has represented his state in Congress for 25 years, and until recently he held a comfortable lead over Democratic challenger Jamie Harrison. Those rosy forecasts shifted following reports that Harrison outraised Graham by about $2 million in the first quarter of 2020.