As unemployment hits 36 million, congressional GOP rejects a second round of stimulus checks

Congressional Republicans want to tie future relief to work, despite the fact that unemployment is at a record high 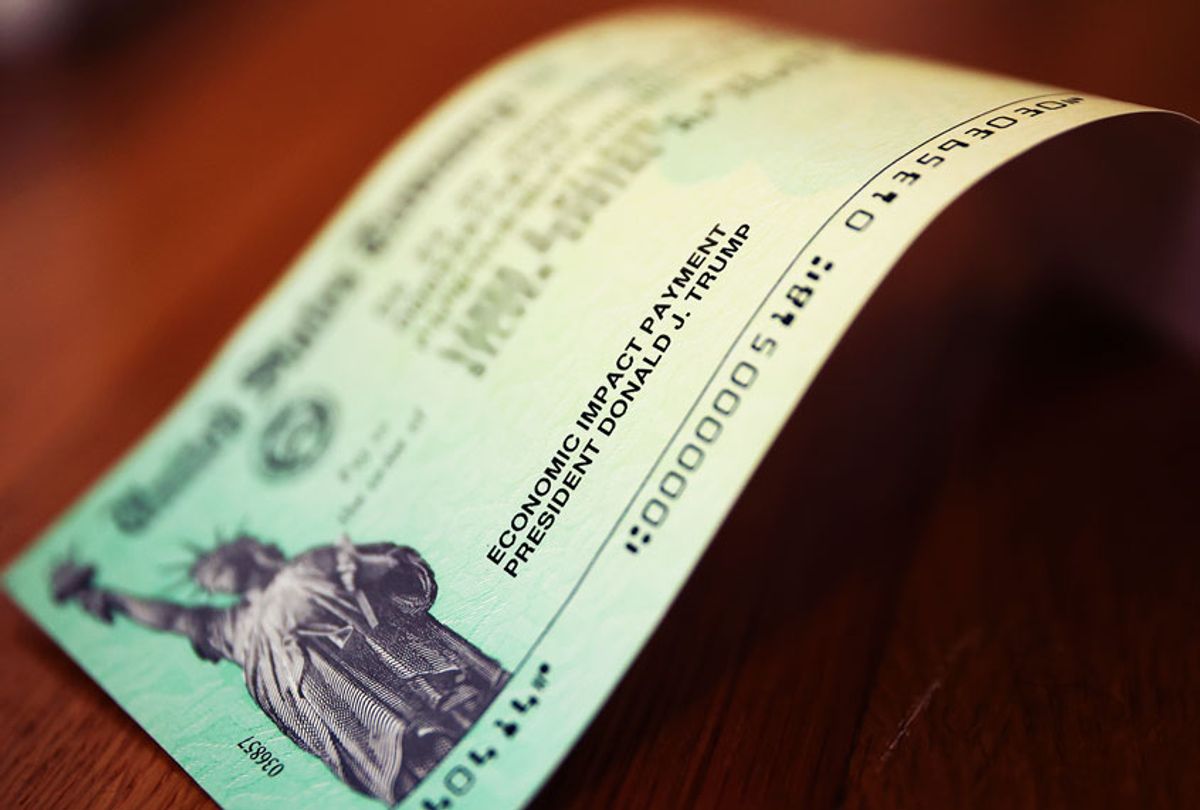 Congressional Republicans are attempting to stop the passage of another relief package for Americans economically suffering as a result of the COVID-19 pandemic, even as an estimated 36 million Americans have lost their jobs.

House Minority Leader Kevin McCarthy, R-Calif., told reporters Tuesday that he doesn't "see the need right now" to pass another relief package, adding that his opinion had not been changed by a meeting earlier in the day with Vice President Mike Pence and Treasury Secretary Steven Mnuchin. Senate Majority Leader Mitch McConnell, R-Ky., expressed a similar view, explaining that the Senate will wait a couple weeks before deciding on what to do about a potential fourth stimulus bill.

Last week the House of Representatives, which is controlled by the Democrats, passed an additional relief bill worth $3 trillion. The bill would have spent more money on coronavirus tests, increased funding to state and local governments, and sent Americans another round of direct payments.

Republican leaders made it clear at the time that the bill would not pass in the Senate, which their party controls. It is unclear how this bodes in terms of the fate of the House's proposed reforms to the Small Business Administration's Paycheck Protection Program (PPP); those reforms include getting rid of the so-called 75/25 rule that requires PPP recipients to use three-fourths of their allotments on payroll costs, and extending the eight-week period to use the money to 24 weeks.

If the House stimulus bill, known as the HEROES Act, had been passed by the Senate and signed into law by President Donald Trump, it would have provided Americans with a second round of direct payments of $1,200 per person, adding up to a maximum of $6,000 per household. It also would have created a $200 billion "Heroes' fund" to guarantee that essential workers who have risked their lives during the pandemic can receive hazard pay; established a $175 billion fund of housing supports to help owners and renters; required all workplaces to implement infection control plans based on CDC expertise; provided COBRA subsidies and a special enrollment period in Obamacare exchanges to protect health insurance; extended unemployment benefits; and increased food stamps.

Republican congressmen prefer to use the next round of stimulus legislation to push for programs that would incentivize work rather than provide direct financial relief, according to Forbes. (Unemployment hit 14.7 percent last month, the highest number since the Great Depression.) Senate Majority Leader Mitch McConnell, R-Ky., wants to put liability protections into relief legislation so that businesses can avoid lawsuits if workers get sick or die on the job as a result of COVID-19. Rep. Kevin Brady, R-Texas, wants to include a payroll tax cut in the next stimulus proposal. House Speaker Nancy Pelosi, D-Calif., has condemned Republican efforts to stall the House-passed relief package and implement their own more conservative approaches.

The stimulus programs have aroused controversy in part because many of their intended beneficiaries have struggled to get what they need from them. Earlier this week, the Internal Revenue Service announced that it was hiring 3,500 telephone representatives to assist people having difficulties with their Economic Impact Payments. It is believed that the agency has sent about 140 million stimulus checks as of Monday and says it expected to send more than 150 million payments in total.

Part of the problem is that, because the government is not able to send out all of the payments at the same time, it has instead done so in phases, in order from the lowest earners to the highest ones. Money began being distributed on April 10 for individuals who had direct deposit information on file based on their 2018 or 2019 tax returns. Those for whom the government does not have direct deposit information were mailed checks in late April, although because of logistical issues it may take several months before they receive their payments.

Another complication, as The New York Times' David Leonhardt recently explained, is that while many governments are temporarily paying their workers' salaries to avoid millions of layoffs, the United States is implementing a more complex approach.

"It created a complicated mix of different stimulus policies, including loans to businesses and checks for families," Leonhard explained. "This approach doesn't appear to be working: The U.S. has had a sharper rise in unemployment than other countries. Many jobless Americans have also lost their health insurance — in the midst of a pandemic."