Loeffler, who has been accused of buying her Senate seat, trails in recent election polls amid federal scrutiny 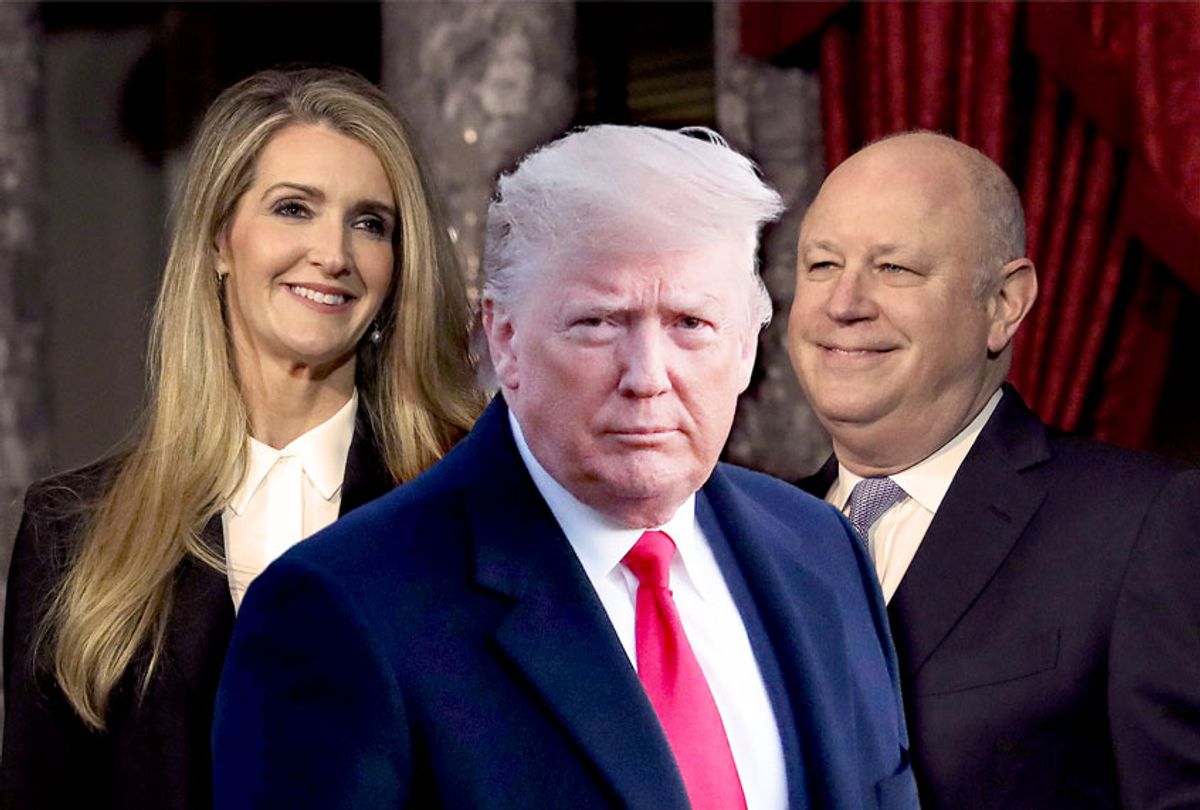 The husband of Sen. Kelly Loeffler, R-Ga., made his largest federal donation ever with a $1 million contribution to a pro-Trump super PAC shortly after the couple's controversial stock trades following a private Senate briefing on the new coronavirus was reported.

Jeff Sprecher, the chairman of the New York Stock Exchange, gave the pro-Trump America First Action PAC a $1 million donation in April, according to a Federal Election Commission filing. The contribution came shortly after The Daily Beast reported that he and Loeffler had unloaded millions in stock ahead of a market plunge in March. The outlet reported that it was the largest federal contribution ever made by the executive, whose net worth is estimated at $500 million.

Loeffler, who immediately became the wealthiest member of the Senate, was appointed to replace retired Sen. Johnny Isakson, R-Ga., last year after pledging $20 million of her personal wealth to Gov. Brian Kemp and fellow state Republicans, drawing allegations from Democrats that she had bought her Senate seat.

The latest donation came as Loeffler faces federal scrutiny over the trades, which she claims were made by a third-party without her knowledge. Loeffler is also up for re-election and trails badly in recent polls.

Much of the focus surrounding trades made by senators following private coronavirus briefings has been on Sen. Richard Burr, R-N.C., who stepped aside as chairman of the Senate Intelligence Committee after the FBI reportedly seized his phone in a probe of the trades. But Loeffler's office acknowledged last week that she had also turned over "documents and information" to the Justice Department, the Securities and Exchange Commission and the Senate Ethics Committee.

According to news reports, Loeffler and her husband sold off between $1.2 million and $3.1 million in stock on Jan. 24, the same day the Health Committee she sits on was briefed by top health officials on the coronavirus. The sales included stock in companies which saw their value plunge in subsequent weeks. The couple also purchased stock in Citrix, which sells the teleworking software GoToMeeting, whose value has since increased.

Loeffler has denied any wrongdoing, as well as attacked media outlets for reporting the trades.

"This is a ridiculous and baseless attack. I do not make investment decisions for my portfolio. Investment decisions are made by multiple third-party advisors without my or my husband's knowledge or involvement," she tweeted. "As confirmed in the periodic transaction report to Senate Ethics, I was informed of these purchases and sales on February 16, 2020—three weeks after they were made."

A spokesperson for Loeffler later said the documents turned over to the the three groups show "she and her husband acted entirely appropriately and observed both the letter and the spirit of the law."

Despite insisting there was no wrongdoing, the couple agreed to liquidate their individual stock shares last month.

"Amid this health crisis, the temptation to circulate lies and misinformation is too great for the media and my political opponents," Loeffler said in a statement. "That is why I'm taking steps to remove this temptation so that we can turn our focus back to where it belongs: on combating COVID-19 and restoring our country to health and economic recovery."

The move came after the stock market had rebounded from its low. "Loeffler's liquidation is consistent with her earlier stock sales, in that it will turn out to be profitable in the event of future stock market declines," said Axios' Felix Salmon.

The move has not helped the re-election chances of Loeffler, who faces about 20 challengers in an open special election for her seat, which is expected to go to a runoff in January. Loeffler is polling in fourth place in the race at just 12%, behind two Democrats, while Rep. Doug Collins, R-Ga., leads with 34%. She was in a dead heat with Collins in early March, before the news broke.

Dan McLagan, a spokesman for Collins, said the campaign was not "buying" Loeffler's explanation of the trades after she said she would sell off her portfolio.

"This is essentially a guilty plea," he told the Atlanta Journal-Constitution, "and Georgians who just saw their retirement plans crater while she profited are not going to agree to the plea deal."