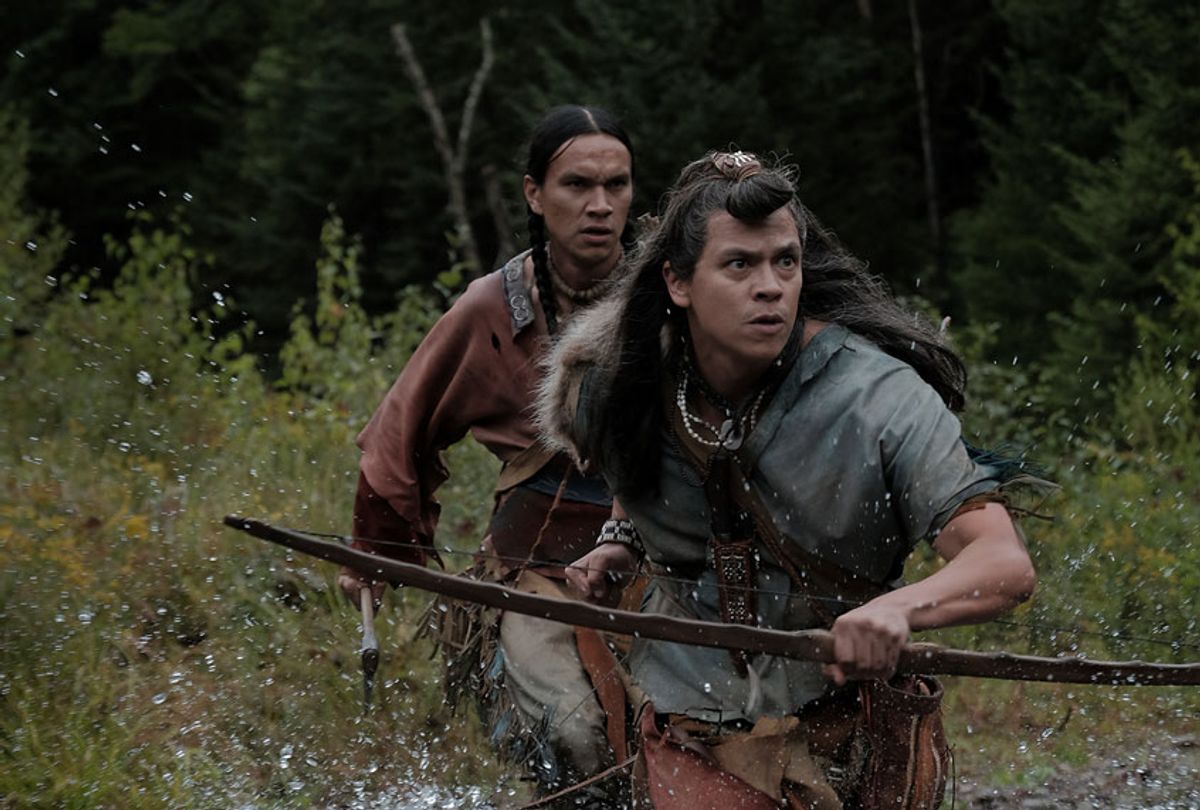 These two words bring negative connotations regarding the onscreen representation of indigenous peoples. The genre tends to incorporate stereotypes and misinformation, favoring myth over humanity, and erases entire culturally distinct groups of people by leaning on pan-Indian tropes. Growing up, I watched John Wayne kill a lot of Indians in a lot of different settings, and they all looked pretty much the same, regardless of tribe. Leather, a headband, a few feathers, Monument Valley, and some bronzer made an Indian.

These problems are compounded by the certainty of financial return that Hollywood studios seek before greenlighting large projects. Historical film and television projects require huge investment in period-appropriate sets, props, clothes, makeup and other world-building ephemera. Additionally, because the natural focus is the world of a story's protagonist(s), and those protagonists are generally not Native, there's little money, time or attention paid to indigenous world-building. Props, sets, and costumes are upcycled or simply reused, and the nuance and cultural specificity of different indigenous nations is lost. For Hollywood, this lack of care hasn't hit the bottom line, and so, by that metric, there's little incentive to tell better stories about Native people. Projects that have endeavored to do so with studio support have been few and far between.

To change, productions need Native writers at keyboards and Native directors behind cameras to ensure that the character development of indigenous characters does not suffer.

Against this backdrop, four friends and I founded The 1491s — a group of writers, directors, visual and traditional artists, and even one bona fide activist, hailing from seven tribes and four states. We sought to circumvent the Hollywood filter generating media that failed to reflect the people and cultures familiar to us. We mocked the stereotype of the "Hollywood Indian" and built a sizable following hungry for funny and accurate representation. Needless to say, after a decade of creating content with The 1491s, I did not imagine I'd find myself writing historical fiction for television. That changed in November 2018, when I received a call from Elwood Reid, the showrunner of Nat Geo's "Barkskins," a scripted drama based on the Annie Proulx novel of the same name. He explained that the show takes place in the mid-to-late 1600s, in what would become Quebec. Interactions between the French, the English, Hudson's Bay Company agents, the Wendat and the Mohawk drive the story, creating a world fraught with hardship, mistrust and reluctant alliances.

I took that first call with a healthy dose of skepticism. Many projects have responded to calls for increased and accurate representation by incorporating Native voices as an afterthought, asking consultants for some kind of pan-Indian blessing after the story is written — or worse, as damage control after release — without considering involving Native voices in the first instance. But, when Elwood told me he'd been working with Ojibwe historian David Treuer, that he had already been in contact with the leaders of the communities that would be depicted in the story and that two of the major leads in the ensemble cast were Native characters from different nations, I knew that he was serious about telling a story that fairly depicted the multiple cultures and communities in New France.

Elwood asked me to join "Barkskins" and assured me that he wasn't hiring me to be an Indian authority — he wanted a writer. It was important to him that there was a creative indigenous voice shaping the narrative from the beginning. I was shocked to hear a showrunner on a major studio production acknowledge that Native people have not had enough creative say in film and television projects. I knew then that I could help "Barkskins" tell a better story.

A couple of weeks later, I found myself in the writers' room, turning in pages and working to help set our story apart. I was fortunate to work with incredible colleagues who didn't treat me like a token or a rubber stamp, but instead as a peer with a valuable perspective.

"Barkskins'" respect for the Native communities it portrays didn't stop at the page. As an example, the scale of the New French village of Wobik is a feat of meticulous planning and audacious world-building that will captivate viewers. The same amount of work went into creating the indigenous villages: a Wendat village, a Wendat trading camp and a Mohawk hunting camp. On set, they brought tears of awe to a lot of eyes. The days shooting there were some of the most personally fulfilling for me. These sets weren't hastily cobbled together facades; they exist on the same scale as Wobik because the Native characters portrayed aren't afterthoughts. And that's just a start.

On location in Quebec, advisors and community members from the Wendat and Mohawk nations contributed invaluable language, cultural and community knowledge — expertise that only they hold — to the Barkskins world. We collaborated with these Native voices both in front of and behind the camera, to bring the best, most accurate and most imaginative representations of these still thriving cultures to National Geographic. We hired experts, talent and even extras from the very same Native communities portrayed, and the entire crew listened if they had something to say. We remain grateful for their hospitality, investment and contributions to the production.

"Barkskins" is still historical fiction told for television, involving multiple stakeholders and stories, and made within the studio world. In other words, it's not perfect. But the Native spaces and Native people depicted were handled with just as much care, time, and investment as every other aspect of the show. Instead of a Hollywood producer shorting Native representation based on profitability, we placed as much control as possible into the hands of the communities depicted. The integrity with which we approached this task tells a better story, and I'm excited for everyone to see indigenous characters and communities portrayed on television in a new way.