The House voted on a motion to throw Bailey out of the session, and it passed 81-27 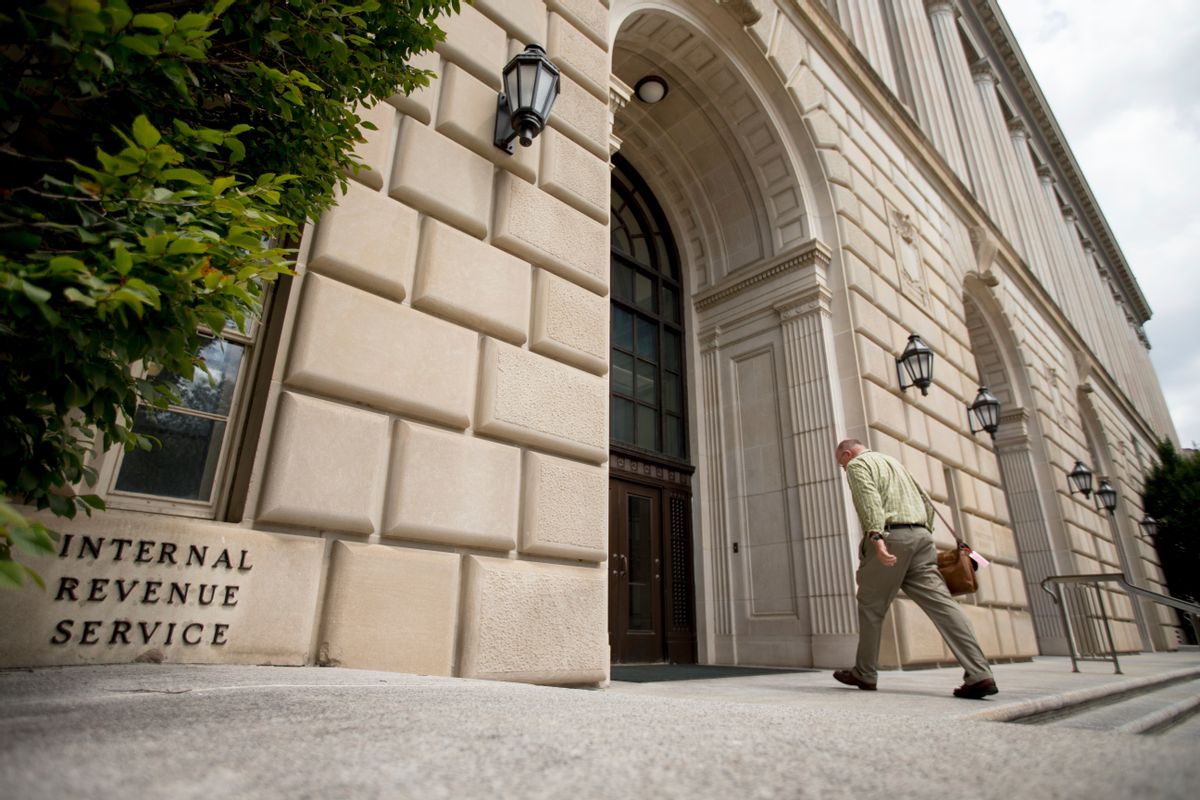 In this photo taken Aug. 19, 2015, the Internal Revenue Service Building in Washington. Tax Day is an opportunity for Democratic lawmakers and activists to hit the streets Saturday, April 15, 2017, at protests around the country and demand President Donald Trump release his tax returns (AP Photo/Andrew Harnik) (AP)
--

During the coronavirus crisis, many far-right Trumpistas and Tea Party Republicans have managed to politicize mask wearing — equating face masks with liberals, progressives, Democrats and Never Trump conservatives. Not wearing a mask, in some Trumpian and Tea Party circles, has come to be viewed as a defiance of liberalism and an assertion of MAGA values. But one Republican who ran into problems when he refused to wear a mask was Illinois State Rep. Darren Bailey, who was thrown out of a legislative session on Wednesday, May 20.

The session was held at the Bank of Springfield Center, which has become a temporary home for the Illinois House of Representatives. The House has voted to make mask wearing mandatory during legislative sessions, but when Bailey showed up on May 20, he refused to wear one — asserting, "I will not, thank you."

The House, according to the Chicago Tribune, voted on a motion to throw Bailey out of the session, and it passed 81-27. After that, Bailey was escorted out.

Bailey has been vehemently critical of the stay-at-home order that Democratic Gov. Gov. J.B. Pritzker issued in response to the coronavirus pandemic — which, according to researchers at Johns Hopkins University in Baltimore, has killed more than 328,600 people worldwide and over 93,400 in the United States (as of early Thursday morning, May 21). And Pritzker hasn't been shy about calling Bailey out for his antics.