Trump won't stop lying about the reason he voted by mail 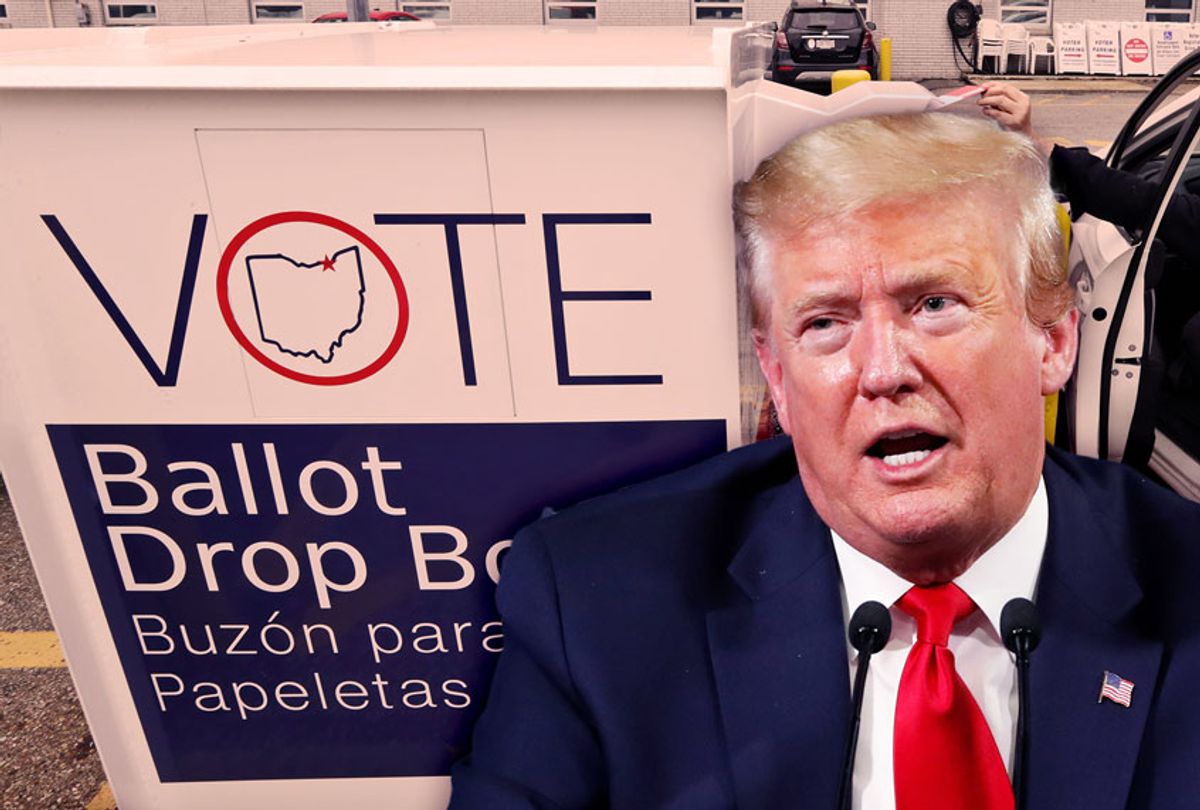 As Democrats argue that voting by mail is more necessary than ever, President Donald Trump is arguing vehemently against the idea — which he claims encourages voter fraud. And yet, Trump himself voted by mail in Florida's March primary, inspiring critics to assert that he doesn't practice what he preaches. Trump and White House Press Secretary Kayleigh McEnany have offered an explanation, but it doesn't add up.

At a White House news conference on Wednesday, McEnany told reporters, "With regard to the president doing a mail-in vote, the president is, after all, the president, which means he is here in Washington. He's unable to cast his vote down in Florida, his state of residence. So, for him, that's why he had to do a mail-in vote."

McEnany's assertion echoed what Trump had told a reporter on April 7. When that reporter asked Trump why he had mailed in his vote in the March primary rather than voting in person, the president responded, "It's called out of state. You know why I voted? Because I happen to be in the White House, and I won't be able to go to Florida to vote."

And during a rant against mail-in ballots on Thursday, Trump asserted that voters should only request them if they absolutely have to — and he doubled down on his bogus explanation for voting by mail in March.

"We don't want them to do mail-in ballots," says Trump, who has previously said he opposes such voting because it would hurt Republicans.

He goes on to falsely claim "fraud" is associated with mail-in votes and excuses himself from mail voting due to his position. pic.twitter.com/TinBkYCJmL

Journalist Anthony Man, however, debunked this explanation in the South Florida Sun Sentinel.

"Trump was in Palm Beach County, where he's made his Mar-a-Lago Club his legal address for voting purposes, on March 7 and 8 — the first weekend of early voting for the March 17 presidential primary," Man noted. "He didn't leave until Monday morning, March 9."

So despite his and McEnany's claims, Trump wasn't unable to vote in-person for the March primary because he lives in the White House. He could have voted in person while he was visiting Florida

While some states do limit access to mail-in ballots to voters who meet restricted criteria, a policy Trump's comments suggest he favors, Florida isn't one of them, Man explained:

Trump and First Lady Melania Trump voted by mail, which any Florida resident can do as a matter of convenience. In Florida, as voting by mail has gained popularity since state election law was changed after the 2000 presidential election, the Republican Party has been one of its biggest proponents, and Republicans have used it more successfully than the Democrats.

So despite Trump saying he only wants people voting by mail if they have a special reason, the only reason he did it just a few months ago was for his personal convenience. In other words, he thinks there should be an exception for him to the rules he wants everyone else to live by.

Trump's opposition to voting by mail, according to GOP activist Tyler Deaton, is a departure from conservatism of the past. In a May 1 article for the conservative website The Bulwark, Deaton stressed that pre-Trump, Republicans had a long history of encouraging voting by mail.