"Ramy" Season 2 benefits from the calm, charismatic guidance of Mahershala Ali, as do we all 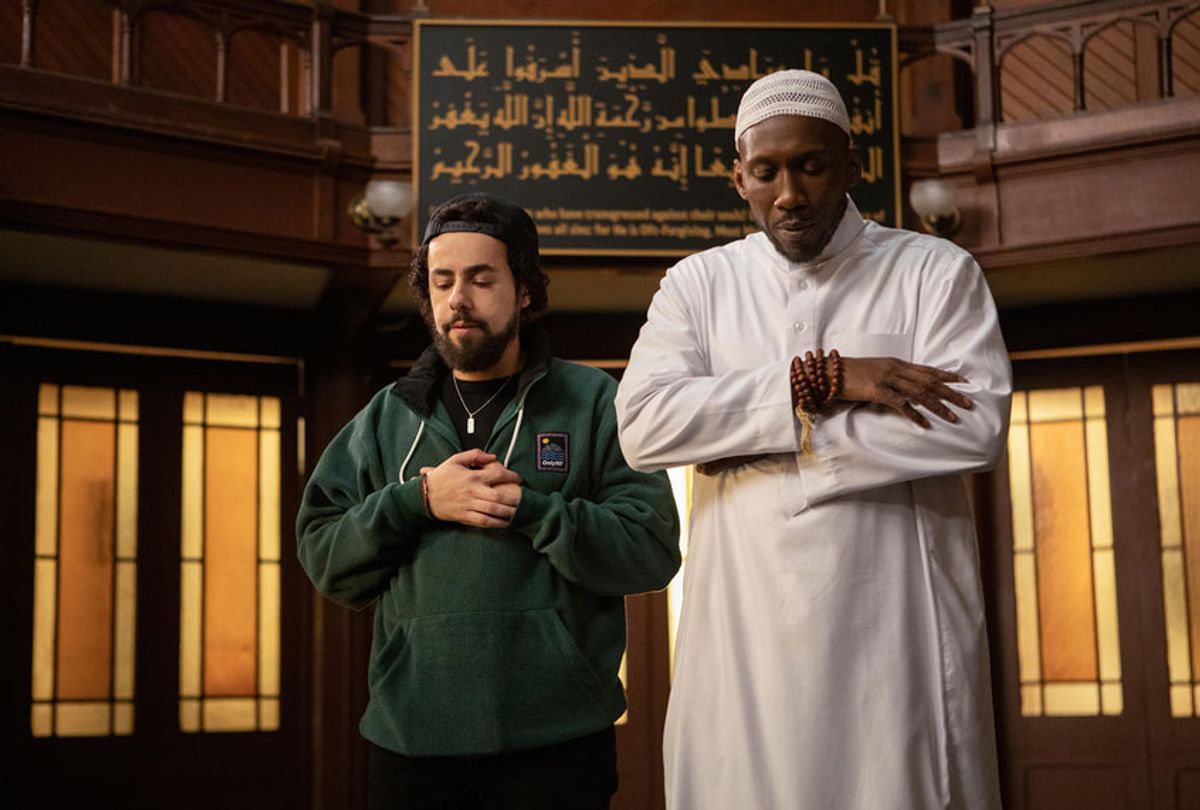 If you saw Ramy Youssef's acceptance speech for his 2020 Golden Globe win for Best Actor in a TV Comedy, you may recognize the undercurrent of humility in the second season of "Ramy" as a natural evolution for both the star and his character's story arc.

After thanking God and Hulu, Youssef, who clearly hadn't expected to win, casually said, "You guys, look, I know you guys haven't seen my show . . .  Everyone's like, 'Is this an editor?'"

Then, playfully, Youssef provided a sort of elevator pitch to the masses, describing "Ramy" as a very specific show about an Arab Muslim family living in New Jersey. Which it is, in the most basic of definitions of one of 2019's best shows.

Watching it exponentially expands that palette of descriptors, adding new colors with every new episode. "Ramy" starts off with physical humor both to set a tone and to prove a point, and from there it steadily transubstantiates into an atmospheric and almost spirit-fueled experience culminating in the strangest, saddest and entirely uncomfortable question mark of a first season finale.

His namesake character, who also is a first-generation Egyptian-American, might on his better days describe himself as a seeker when in reality he's confused, a little too self-centered and destructive, even though he doesn't mean to be. And across the first season, Ramy Hassan engaged  – some would say indulged – in an existential journey during which he attempted to be a good Muslim while behaving like a typical guy in his 20s.

He has a brief affair with a married woman in his community, tossing him into a spiritual crisis which catapults him back to Egypt, hoping that reconnecting with his cultural roots and extended family would somehow grant him clarity. Instead the opposite happens, and Ramy ends up falling in love with Amani (Rosaline Elbay) . . . his cousin.

The second season picks up after that steep drop, with Ramy still desperate to find some type of guidance amid of flood of unsolicited opinions. His overbearing Uncle Naseem (Laith Nakli) is ready to push his business off on his nephew. His friends Ahmed (Dave Merheje), Mo (Mohammed Amer), and Steve (Stephen Way) are generally tired of his B.S.

But Ramy's life takes a new direction when he meets Sheikh Malik, a Sufi leader played by the extraordinary-as-usual Mahershala Ali. If Season 2 feels more meditative than the first, this is largely due to what the Oscar winner's performance adds here. Channeling Malik as a calm force of nature with a heated power brewing millimeters beneath his gaze, Malik's pure charisma is immediate from Ali's first appearance.

It's easy to see why Ramy becomes a moth to his flame, and we can just as easily see how and why the acolyte won't be the one getting burned in this relationship. Even if all roads lead to disaster – such is the way of comedy – the development of this relationship enriches and enlivens the story in ways unique to this show.

"We have to see the blessings in the curses, and be wary of the curses in the blessings." Sheikh Malik says that to Ramy, but that's this season's defining logline more or less.

Youssef leads with his spirit in defining "Ramy" and mapping his character's journey. He makes no attempt to excuse Ramy's selfishness or romanticize the way that he splatters the effects of his terrible decisions and lack of discipline all over everyone close to him.

This also demonstrates Youssef's singular achievement in making faith a core character in "Ramy" while slipping free of any urge to define it as a religious show. Without question, its brilliant representation of Islam and Muslims in a crowded field of content is massively important.  Ramy is a proud and devoted Muslim, a great guy when he isn't screwing up.

But the bleeding-edge comedy in this situation, as he writes it, involves a lot of bargaining with a greater power. In some instances, it's God or Allah. In others, it's the Evil Eye. "Ramy" approaches faith with the same lightness and purity as "The Simpsons" does – and that's not a joke. In the same way the long-running animated series treats churchgoing and Christianity as part of Anytown, America's fabric, Youssef presents his family's connection to Islam as a balm seated in the chair next to folly.

At one point Ramy's mother Maysa (Hiam Abbass) chides his sister Dena (May Calamawy) for not praying enough for admission to the law school. In turn, Dena, who mostly attends mosque out of family tradition, accuses her mother of only being prayerful when something significant is on the line.

Maysa demurs, insisting she's prayed regularly since she was young – sometimes for big things, sometimes "just for the small talk." "God knows me," Maysa says with a casual wave of the hand. "We have a thing."

"Ramy" was never designed to be a punchline machine or a pure drama. Youssef, who has a writing credit on each of this season's 10 episodes and directs several, maintains a balance between softness and solemnity that's grown more assured in these new episodes. He remains a generous storyteller, too, giving what may be the best episode of this season to Abbass.

This was true in the first season when a lonely Maysa became a rideshare driver in an effort to find new friends only to slam up against the surface of the single-serving relationship nature of app-driven commerce. These new episodes make Maysa's desires even sharper, hurtling her into a head-spinning adventure.

Along with Ramy's father Farouk (Amr Waked) and Dena, Maysa's tale is a comedy of errors unique to the experience of non-white Americans, whether natural-born or naturalized. Ramy, confused though he may be, is able to slide more easily through the world than Dena, Maysa or Farouk (who, in an episode centered on his character, goes by Frank to make it easy on baristas).

But Maysa's over-eagerness to gain her share of the American dream leads to folly by way of a bad decision onslaught that plays out as a masterwork in cringe, and ends on a note of star-spangled triumph.

For some artists, early acclaim in the form of industry awards can be wonderful or detrimental  . . . or meaningless, or anxiety inducing, or stir up any number of resultant reactions that may impact the work that comes afterward. That Globe win doesn't seem to have impacted Youssef's approach to these new episodes, "Ramy" is still very funny and is as smart and easy to love as it ever was, and everything that made the first season award-worthy is present and stronger in its second go-round. And his next award acceptance speech should not require any explanation.

"Ramy" Season 2 is now available to stream on Hulu.