"Art of the Deal" ghostwriter: Trump is "driven by an insatiable narcissistic hunger"

"His primary goal is to win at any cost, and the end always justifies the means," author Tony Schwartz asserts 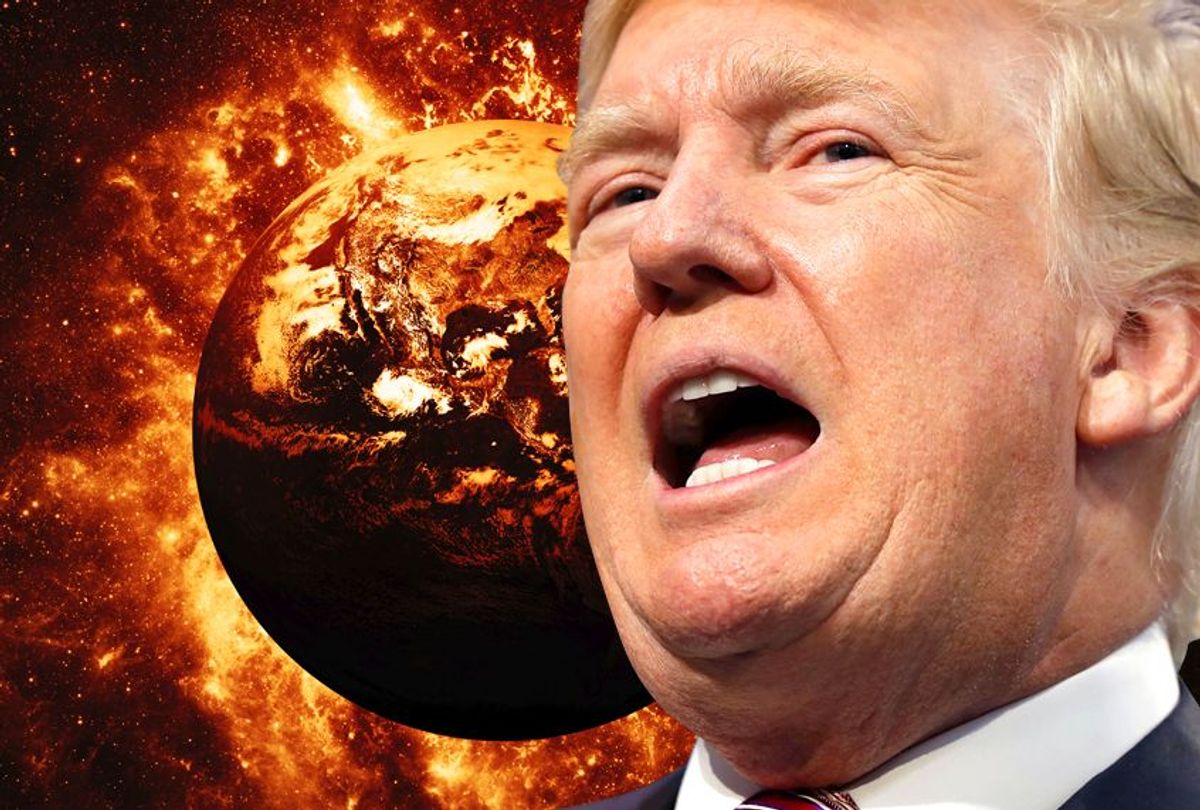 President Ronald Reagan, in the 1980s, famously asserted that someone who agreed with him 70% of the time was a 70% ally and not a 30% enemy. But President Donald Trump, on the other hand, is furious if someone disagrees with him even on rare occasions. Author Tony Schwartz, who co-wrote or ghost-wrote Trump's famous 1987 book, "The Art of the Deal," analyzes Trump's mentality in a May 28 article for Medium — stressing that the president is motivated, above all else, by a "need to dominate."

Schwartz, in his article, recalls being interviewed by journalist Jane Mayer for The New Yorker four years ago during Trump's 2016 presidential campaign. And he explains how his views on Trump have evolved since then.

"Like many other Trump critics," Schwartz notes, "I believed that he was driven by an insatiable narcissistic hunger to be loved, accepted, admired and praised. That remains prima facie true, but it deflects attention from what drives Trump more deeply: the need to dominate. His primary goal is to win at any cost, and the end always justifies the means. Ultimately, he doesn't care what anyone else thinks or feels. For Trump, the choice between dominating and being loved — saving himself or saving others — is no contest."

Schwartz' need-to-dominate view of Trump is vividly illustrated by the president's tweets on Fox News. The vast majority of the time, the right-wing cable news outlet is stridently pro-Trump. But when Trump is occasionally criticized on Fox News — which Chris Wallace and Judge Andrew Napolitano aren't shy about doing at times — it absolutely drives him nuts.

The need-to-be-loved argument has also been expressed by shock jock Howard Stern, who — on his radio show — urged Trump to drop out of the 2020 presidential race and seek psychiatric help. But Stern did not say it in a mean-spirited or condescending way: he stressed, "I don't hate Donald" and sounded like he was genuinely concerned about his mental health.

Schwartz, in his Medium piece, goes on to say that the "catalyst" for his changing views on Trump's mental state "came after a friend sent me a long paper written by Vince Greenwood, a Washington D.C. based psychologist."

According to Schwartz, "Greenwood makes a detailed clinical case that Trump is a psychopath, a term that is now used nearly interchangeably with sociopath…. We can observe every day which psychopathic traits Trump manifests in his behavior. The highly regarded Hare Psychopathy Checklist enumerates 20 of them. By my count, Trump clearly demonstrates 16 of the traits, and his overall score is far higher than the average prison inmate."

Schwartz notes, "The trait that most distinguishes psychopaths is the utter absence of conscience — the capacity to lie, cheat, steal and inflict pain to achieve his ends without a scintilla of guilt or shame, as Trump so demonstrably does. What Trump's words and behavior make clear is that he feels no more guilt about hurting others than a lion does about killing a giraffe."

Greenwood said of the president, "People with a strong sense of conscience speak truth to power. Trump speaks power to truth."