Disney shared its bite-sized churros recipe, and you should dip them in chocolate or dulce de leche

Honestly, what's not to love about deep-fried dough sweetened with cinnamon and sugar? 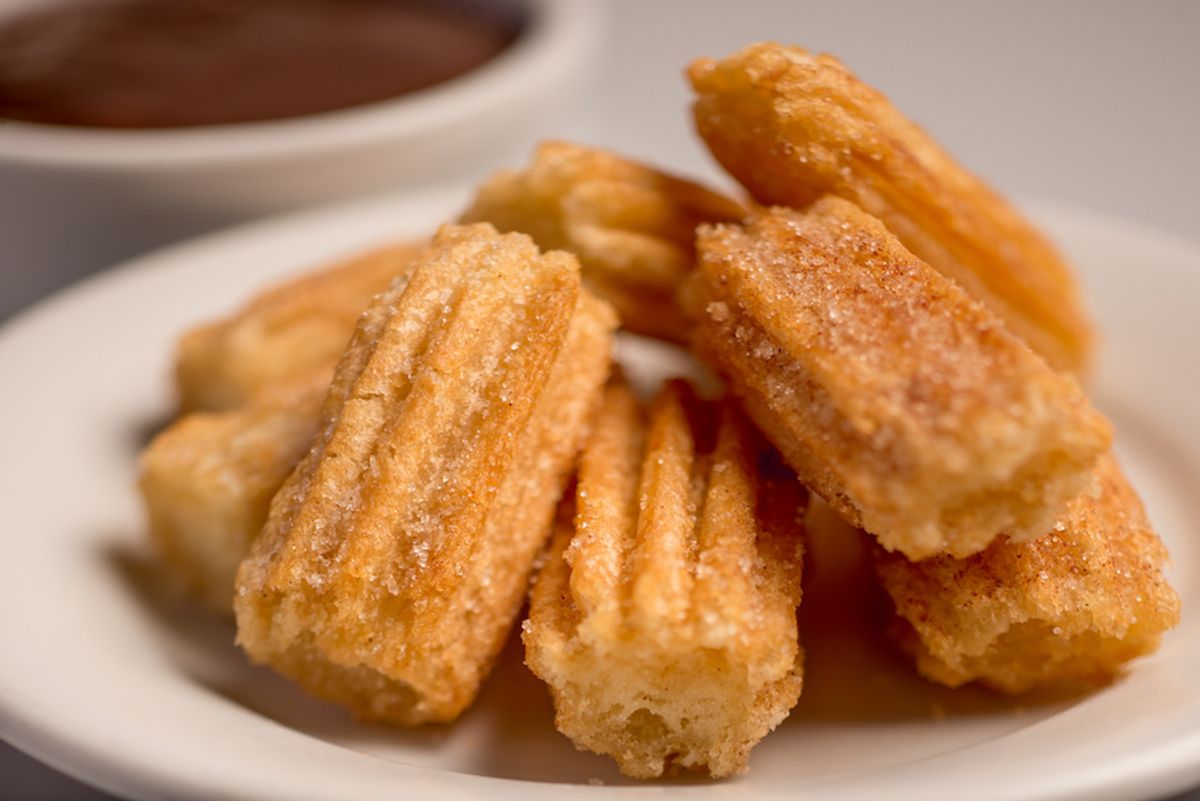 One of my all-time favorite foods is the churro, and I was so excited to finally try them in Spain last year on my very first trip to the Iberian peninsula. Though the churro gained popularity in Spain, the roots of this pastry actually trace back to China, where Portuguese merchants tried youtiao. I've also had numerous delicious churros through the years while studying in Argentina and Mexico, where dulce de leche is a popular addition, and traveling across Latin America.

I'm happy to report that the churros in Spain live up to the hype. But what's not to love about deep-fried dough sweetened with cinnamon and sugar? It's even better served with your favorite dipping sauce. For my roommate from Nuevo León, that's chocolate. You could also throw together a fresh fruit compote of guava or mango. The possibilities are truly endless.

RELATED: Disney shared its famous peanut butter and jelly milkshake recipe, and it only has four ingredients

Disney is known for serving a bite-sized version of churros in its parks throughout the world. While the parks are closed, it created a version that you can enjoy at home. If you like ice cream, you can also try making the brand's famous kitchen sink sundae or peanut butter and jelly milkshake.

And Disney isn't the only major brand to release some of its top-secret recipes as loyal fans have found themselves suddenly at home. Chipotle recently shared its guacamole recipe, DoubleTree published its chocolate chip cookie recipe and IKEA created a recipe for its iconic Swedish meatballs.

RELATED: Chipotle shared its recipe for guacamole, so you can make it without leaving home

After you've tried making this recipe at home, tell us about the experience by leaving a comment in the box below this story. And don't forget to check out all of our offerings at Salon Food for more inspired recipes to make at home this week for dinner.

Disney offers a printable version of the recipe here.