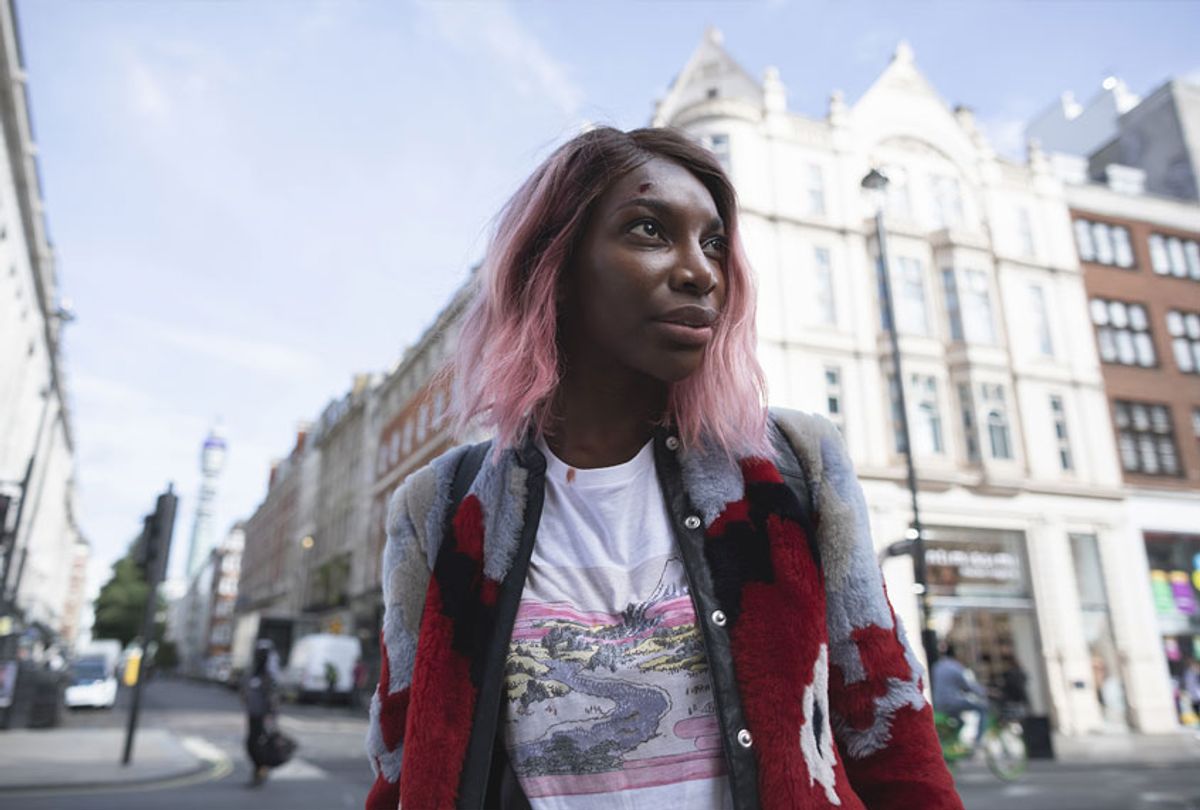 The sad state of the world has a scores of people rushing to understand trauma and the many forms it takes. Those who have never experienced it have little to no idea of how lucky they are to have never had a brush with assault or abuse, or the lack of empathy that frequently rises up to meet and smack down confessions of vulnerability or cries for help.

The trauma survivor guided by her better angels wouldn't wish such suffering on anybody. Even so, in moments where we're being honest with ourselves, we may wish we could somehow guide skeptics through some vicarious approximation of the ghosts that haunt us. If so, Michaela Coel has granted us that tool in "I May Destroy You," her new half-hour HBO series.

Coel is an extraordinary talent who sneaked on the scene with her comedy "Chewing Gum," one of those titles Netflix trusts viewers to discover and promote via word-of-mouth enthusiasm. For a while Coel's comedy about the naïve 20-something Tracey emerging from the protective shell of her religious upbringing was the only series anyone could insist that I watch. Once I finally saw it, I understood the fervor.

"I May Destroy You" is the artist ascending to the next level by mixing comedy and pain together in a strange, harrowing, and vitalizing soup. It introduces Coel's character Arabella as an artsy free spirit, a writer returning home from an intoxicating stay in Italy with her foreign boyfriend. On the eve of her second book draft's deadline, she's lured out for a night of liquor-fueled partying by her investment banker friend Simon (Aml Ameen) at a place ominously called Ego Death. The fun turns on a dime when she's suddenly unable to stand on her own.

We witness this frightening sequence from the outside. The smash cut to the next morning and all that follows afterward becomes, by Coel's design, a journey inside of her body and brain, which lends a broader understanding of the horror of being unable to remember expanses of where you went and what you did the night before.

I love that cinematic term by the way – "smash cut" – particularly as it is employed by Coel and her director (and on many episodes, co-director) Sam Miller. By definition the smash cut is an interruption of the flow and feeling the cinematographer carefully creates, an abrupt jump from one moment to another without warning. Even when it's benevolent, there's a shock to it. Here it feels like violence – fitting, since one of Arabella's first clues that something went wrong is a nasty, bleeding cut on her forehead the origin of which she can't explain.

Most of "I May Destroy You" presents Arabella's life after her drugging as an experience of sudden and unexpected interruptions as the scenes of her daily life are invaded without warning by glimpses of an assault she can't quite remember. The attacks come in the form of a fleeting image of her rapist, or the high-pitched tintinnabulation deafening her for reasons her body seems to know but her head can't quite recall.

Throughout it all, life continues. Her writing career moves forward, and she finds a new relationship, but her psyche's disarray bleeds into motions through the everyday.

Coel's writing and the command of filmic artistry somehow prevails over the what reads as a such corrosive sadness. It's a testament to her skill that "I May Destroy You" manages to be funny and tender in all the right places, fearlessly cuffing viewers to discomfort, be it her character's and her own, in others.

Arabella's fierceness is augmented by the company she keeps, mainly her closest confidantes Terry (Weruche Opia), an actress plagued by anxiety, and Kwame (Paapa Essiedu), an aerobics instructor. Like Arabella, they are adventurous and ebullient souls, and risk-takers whose libidinous quests bring them pleasure and heart-stopping agony.

Through them and through Arabella, the series poses questions about consent and responsibility without judgment; there's a curiousness in their risk-taking, accompanied by the pain of a system that is equally understanding and cruelly dismissive, depending on the circumstances. And the bond between these three friends, tenderly wrought by Essiedu, Opia, and Coel, provides a handle to hold even in the odd stretches of the series where it loses the thread.

I suppose this is in step with Coel's effort to place us inside the skin and bone of her characters as opposed to simply inviting us to tag along. With this approach Coel dances us down a colorful if fractured path marked by rupture and and rebuilding, setbacks and pushing through.  "I May Destroy You" is a determined statement above all else that dares us to live this pain and ecstasy as its characters do – not with shame or apology, but with the certain confidence of its creator.