“He hasn’t given an interview or an address to the nation. All he has done was . . . hold up a Bible awkwardly" 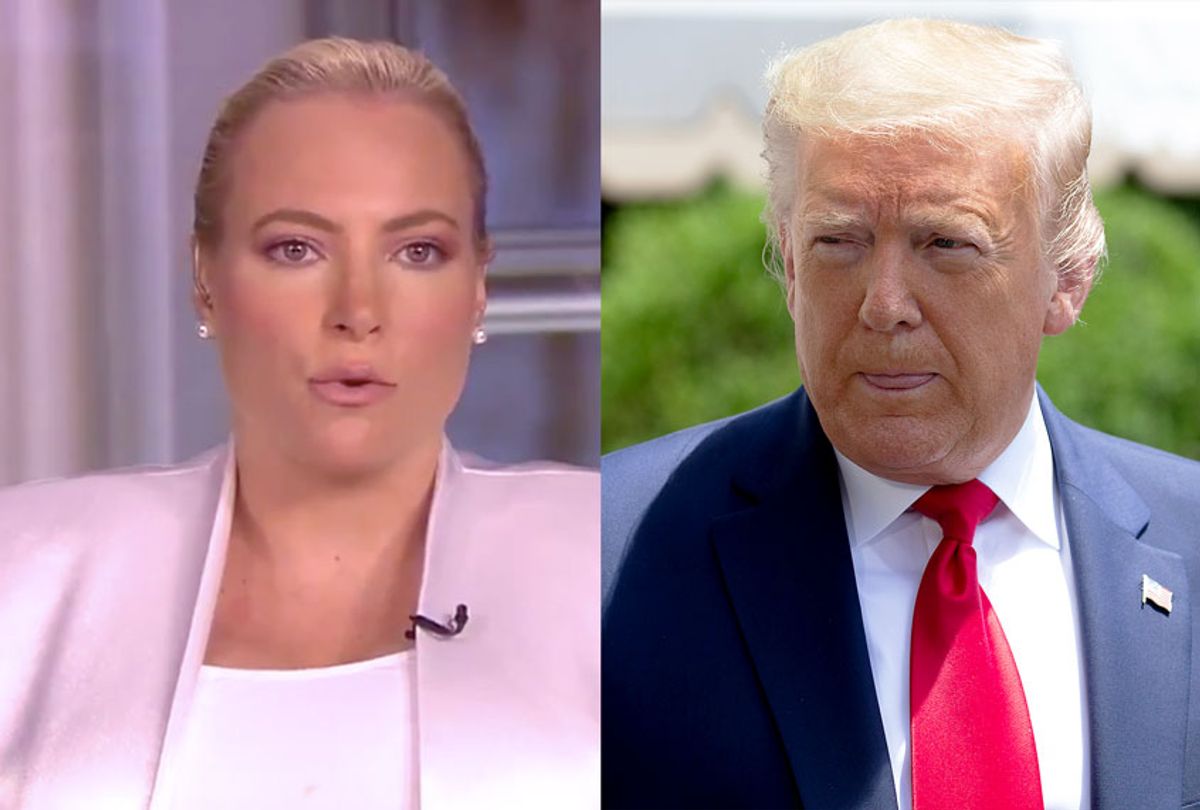 "The View" returned from a break Monday, 14 days after the slaying of George Floyd. Republican co-host Meghan McCain said that she sees President Donald Trump "neutered" by the collection of crises facing the United States.

She cited the recent polls revealing that Americans view Trump as far outside the mainstream on the issue of police brutality. Up against former Vice President Joe Biden, McCain said that it's clear Trump is losing and Americans believe the country is on the wrong track.

"So, I have been really sort of grossly fascinated by how neutered President Trump and his administration has been by this extreme crisis," she said. "He hasn't given an interview or an address to the nation. All he has done as you pointed out, Whoopi, was cross the street and hold up a Bible quite awkwardly which might work for some people in his base, but it's certainly not working for the vast majority of our population."

She said that the message of "law and order" can be effective but it isn't exactly working for Trump in this moment.

"The argument I would make is President Nixon was an incredibly shrewd politician on many different levels and if there's anything we have seen for the past 13 days, it's that this is a moment in which President Trump has always prided himself and shown himself to be this big, bad tough guy," she said. "But all I see is president bone spurs who seems like he's quite scared of the crisis that's coming out in front of him, and it has been horrifying because our nation really needs leadership right now, and equally politically fascinating."

Co-host Joy Behar noted that when Nixon became the "law and order" candidate it was in response to President Lyndon B. Johnson. In this case, Trump is the incumbent and doesn't seem to be able to get a handle on the crisis. Instead, he's hiding behind four layers of fencing or in the presidential bunker.