Can people without symptoms spread coronavirus? Answering that question has gotten complicated 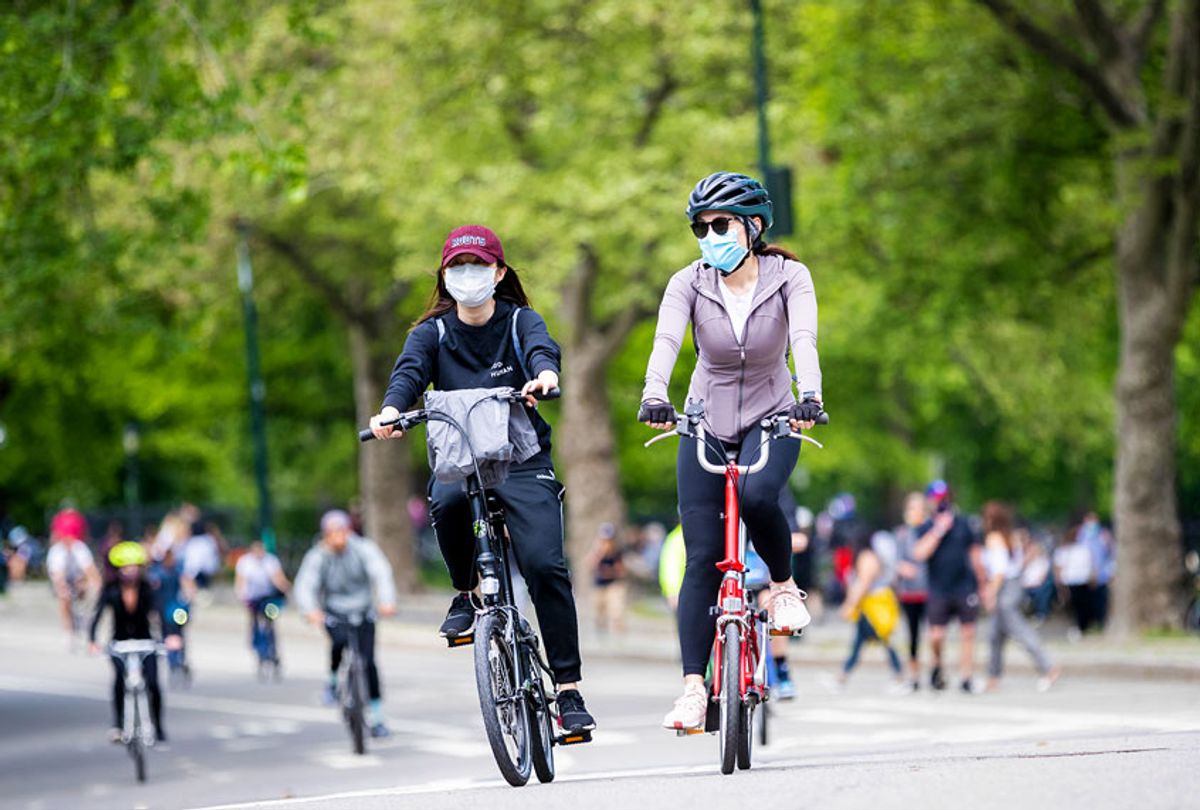 As with any newly-discovered pathogen, it takes a while before science comes to a consensus of its traits. The novel coronavirus, which has been known to humanity for less than a year, is a good example: questions over how it spreads, and the circumstances that allow it to transmit, are hotly debated by scientists. One of the biggest (and frankly most important) debates involves the coronavirus' ability to infect others via hosts who may not even exhibit symptoms. Such carriers are known as asymptomatic, meaning they lack any symptoms of COVID-19. The reason answering this question is so crucial is because a huge number of coronavirus-positive people may not ever have symptoms; one study found between 25 and 80 percent of carriers do not know they have the virus due to possessing few or no symptoms.

This scientific debate came to a head this week when the World Health Organization (WHO), the top international body for worldwide public health, clarified and then retracted its position on the ability of asymptomatic carriers to transmit the novel coronavirus. Specifically, a WHO spokesperson named Dr. Maria Van Kerkhove made comments on Monday that suggested that asymptomatic carriers of the novel coronavirus are much less likely to spread the infection — news that would have had profound implications for policymakers as they attempt to steer the world through the crisis-level pandemic. She clarified those comments Tuesday, calling into question her previous assertion.

Van Kerkhove, head of the organization's emerging diseases and zoonosis unit, explained that she was "just responding to a question, I wasn't stating a policy of WHO or anything like that," and that her statements were based on models which could be inaccurate. She added, "That's a big open question, and that remains an open question."

Her comments are in contrast to her earlier remarks. "From the data we have, it still seems to be rare that an asymptomatic person actually transmits onward to a secondary individual," Van Kerkhove told reporters on Monday at a news briefing from the United Nations' Geneva headquarters. "It's very rare."

Van Kerkhove argued that government responses to the pandemic should focus on contact tracing people who have interacted with symptomatic infectees, as well as isolating those already known to have the virus. She added that the WHO drew its conclusion about the comparatively lower risk of contracting the disease from an asymptomatic carrier after analyzing its current results.

"We have a number of reports from countries who are doing very detailed contact tracing," Van Kerkhove explained. "They're following asymptomatic cases. They're following contacts. And they're not finding secondary transmission onward. It's very rare."

Salon spoke by email with Dr. Henry F. Raymond, Associate Professor and Epidemiologist at the Rutgers School of Public Health. He explained that "many infectious diseases can pass from person to person even if the original infected person is unaware of being infected; that is, before or during a time when they don't have symptoms. Depending on the person someone could become infected with SARS-CoV2 and never exhibit symptoms but still shed virus in respiratory excretions." Raymond noted that someone could also be infected during the pre-symptomatic period (estimated to last for 14 days) and still shed the virus.

"The dynamics of this varies from virus to virus," Raymond noted. He compared the coronavirus with HIV: "One of the challenges with HIV in the early days of that epidemic is that the virus takes a long time, almost 10 years if untreated, before someone has symptoms," he explained. "In 10 years a lot of transmission can occur. It took a long time to understand that completely and, as you know, we still have an HIV epidemic."

Raymond concluded that "from a public health and prevention point of view, we should assume there is potential asymptomatic spread and take the necessary precautions such as wearing masks, social distancing, reducing the number of people we are in contact with and remembering it's not just ourselves that we are protecting, but those around us."

If asymptomatic transmission is truly rare, such a discovery would have had major implications for how governments respond to the pandemic. Indeed, once the public were fully aware of how individuals can identify and pursue treatment for COVID-19 symptoms, the reduced fear of asymptomatic or pre-symptomatic spreading would make governments more comfortable ending economic and other shutdowns. It would also alter how public health authorities respond to the pandemic, since the belief that people who did not display symptoms could be contagious contributed heavily to the decision to take drastic measures. Regardless, by all measures, those drastic public health measures have worked impressively well: even the United States' piecemeal state-by-state shutdown is estimated to have prevented some 60 million coronavirus infections.