The foam in old furniture may contain biphenyl-153, which decreases sperm quality and can cause birth defects 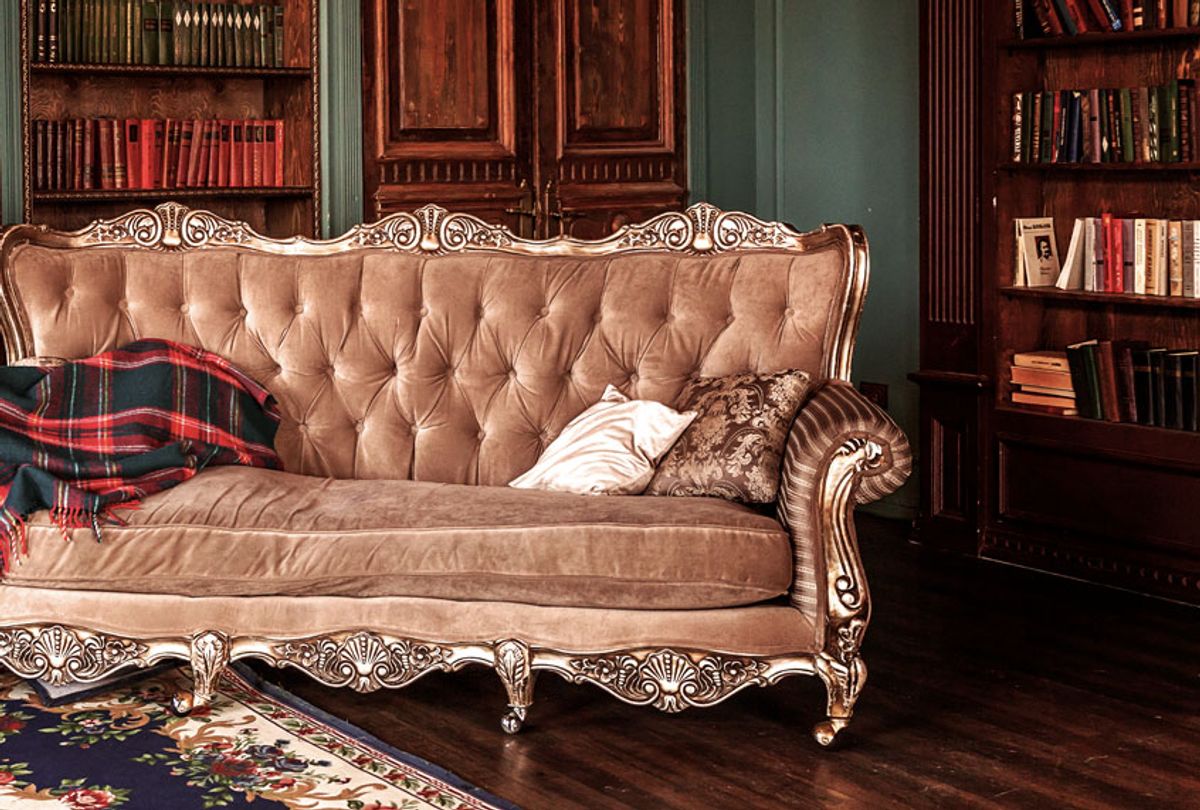 A new study reveals that polybrominated biphenyl-153 (PBB-153) — a flame retardant present in older consumer products, which has been banned since 1976 — may cause serious birth defects by altering the genetic code in sperm. The new study into this common household chemical raises questions about the present-day consequences of corporate malfeasance nearly half a century ago.

Polybrominated biphenyls tend to resemble white, off-white or beige powders at room temperature. Currently, biphenyl-153 is only manufactured in a very limited capacity, such as in electronics and electronic products sold in the European Union. In the past, however, biphenyl-153 was commonly used as a fire retardant in products like automobile upholstery, lacquers and coatings, as well as a flame retardant additive in molded plastics, textiles and synthetic fibers. Application of PBB and similar chemicals as flame retardants began in earnest after the Flammable Fabrics Act was amended in 1967.

Because these chemicals were so prevalent in consumer goods and did not stay within the confines of their application, the chemicals seeped into the environment. As they take a notoriously long time to break down, these pollutants are still accumulating today. The Centers for Disease Control notes that both PBBs and a related group of chemicals, polybrominated diphenyl ethers (PBDEs), can be found in "furniture foam padding; wire insulation; rugs, draperies, and upholstery; and plastic cabinets for televisions, personal computers, and small appliances."

As they leached out of household goods, PBBs began to be discovered in many places where they were not intended to be: meat and meat products, milk and dairy products, air, soil, fish and shellfish, and dust. Environmental Working Group, a nonprofit science foundation, studied the blood of 38 mothers and children and found that all 38 had PBB-153 in their blood.

There are also concerns that PBB-153 and another group of man-made chemicals, diethylhexyl phthalate (DEHP), could be responsible for the 50 percent global reduction in human sperm quality over the past 80 years. The same reduction in sperm quality has been observed by domesticated dogs. DEHP is present in carpets, floor tiles, furniture upholstery, rainwear, shoes, shower curtains, tablecloths and toys. According to the National Center for Biotechnology Information, "because flame retardants are not chemically bonded to the foam [in products where they are used], they are able to escape into the surrounding environment." This is why people are especially likely to be exposed to dangerous flame retardant chemicals when they are indoors, or touching older couches that may have foam padding that is likely to have been treated with PBB-153 or similar chemicals.

The recent study on PBB-153, which was published in the academic journal Scientific Reports and authored by University of Georgia environmental health science doctoral student Katherine Watkins Greeson, follows up on a scandal that occurred in 1973. In an incident known as "Cattlegate," a flame retardant known as FireMaster that contained PBB-153 was accidentally sent to state grain mills in Michigan and eventually entered the local food supply. The company that manufactured FireMaster, Velsicol Chemical Company, also manufactured a nutritional supplement called NutriMaster, and the two were mistaken at the factory.

Experts believe that as many as 6.5 million Michiganders were exposed to PBB-153 as a result of this incident, and scientists have hypothesized that illnesses such as cancers, skin discoloration, joint pain, headaches and dizziness resulted from it. There were also a number of birth defects that seemed to be linked to the chemical, including hernias and scrotum buildup for boys and a higher rate of miscarriages or stillborn births for girls.

"Though it has been nearly 45 years since the accident, people who were exposed through the consumption of contaminated animal products and those exposed in utero and through breastmilk still have circulating levels of PBBs," the authors of the study wrote. "As recently as 2015, 60% of tested members of the PBB Registry have elevated levels of PBB above the ninety-fifth percentile of the U.S. population. The half-life of PBB is estimated to be between 10 and 29 years, which may explain why people are still experiencing health issues related to this accident."

The authors added that, through their research, they had learned that PBBs altered sperm in a way that "has the potential to cause diseases in offspring," including "improper parent-of-origin gene imprinting in offspring" which can cause diseases like Silver-Russell Syndrome. They also pointed to the specific ways that sperm are compromised by the chemical as an explanation for why "the children of people directly exposed to PBB during the initial exposure have different health effects compared to their parents, including reproductive problems."

Speaking to a news outlet for the University of Georgia, Greeson explained that "hopefully this work will lead to more studies combining epidemiology and bench science in the future, which will tell us more about why we're seeing an effect from an environmental exposure in human populations and encourage experimental studies to more closely mimic human exposures."