"Everything about this is irregular," the judge wrote after analyzing more than 100 of Trump's tweets about Flynn 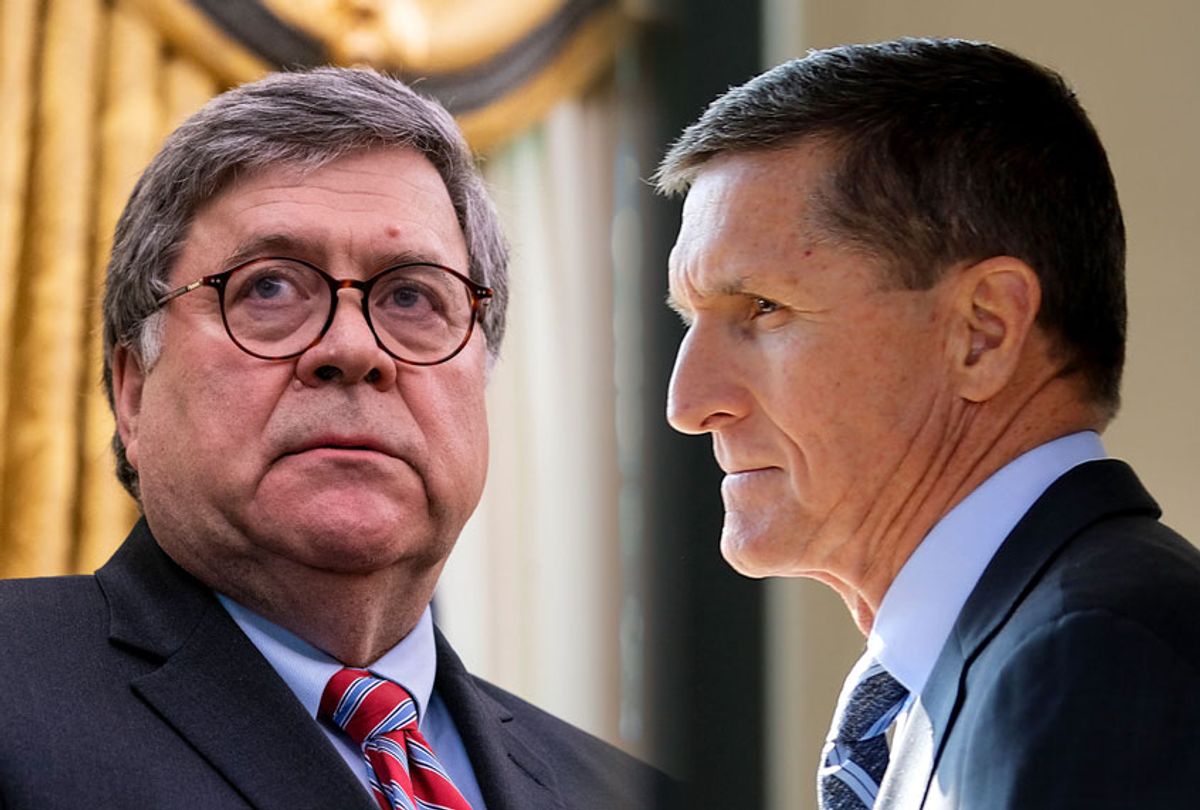 A retired federal judge appointed to argue against the Department of Justice's move to drop criminal charges against President Donald Trump's former national security adviser Michael Flynn has recommended that the court proceed with sentencing.

He called the department's request to drop the case "a gross abuse of prosecutorial power" in an attempt to "provide special treatment" to a "political ally of the president of the United States."

"The Department of Justice has a solemn responsibility to prosecute this case — like every other case — without fear or favor, and to quote the department's motto, solely 'on behalf of justice,'" former federal judge John Gleeson wrote in a brief filed Wednesday.

"It has abdicated that responsibility through a gross abuse of prosecutorial power, attempting to provide special treatment to a favored friend and political ally of the president of the United States," he added. "It has treated the case like no other, and in doing so has undermined the public's confidence in the rule of law."

Under the stewardship of Attorney General William Barr, federal prosecutors last month moved to drop charges against Flynn, who twice pleaded guilty to lying to the FBI about his contacts with former Russian Ambassador Sergei Kislyak during the presidential transition.

Trump fired Flynn in February 2017 for lying to the vice president about his communications with Kislyak, not mentioning the FBI. The firing set off a chain of events which culminated in the appointment of special counsel Robert Mueller.

Barr ordered the charges dropped after a review he commissioned found that the FBI did not have legitimate grounds to conduct the interview in which Flynn admitted to lying.

The move sent shockwaves through the judicial system. Without providing a reason, Mueller's lead prosecutor against Flynn told the court that he was withdrawing from the case minutes before the department filed the retraction. Within days, more than 1,000 former federal prosecutors and Justice Department officials had signed on to a legal brief demanding that the court deny Barr's request.

The bizarre directive led the federal judge hearing the case — Judge Emmett Sullivan — to solicit Gleeson's advice on how to move forward.

Without naming Barr directly, Gleeson ripped the Justice Department for its "transparent disingenuousness." He called the attorney general's decision to drop charges an "irregular" effort the government would "scoff at" had the defendant been anyone other than a friend of the president.

"A predicated investigation is never a prerequisite for the FBI to conduct a voluntary interview," he wrote, dismantling quickly the core pretext of the Justice Department's decision.

"There is not a shred of evidence in the record that contradicts the recollections memorialized in [Flynn's admissions]," Gleeson wrote.

"When the FBI repeatedly asked Flynn about those communications, he chose to lie about them — just as he had lied to various senior White House officials. That is about as straightforward a case of materiality as a prosecutor, court or jury will ever see," he concluded.

In exchange for his guilty plea, Flynn was granted prosecutorial leniency. The agreement appears to have spared him from further investigation after he admitted to lying about his Turkish lobbying efforts, as well as headed off possible legal exposure for his son.

Gleeson also wrote that there was "ample" evidence that Flynn, in reversing his guilty plea, perjured himself in court and committed the crime of obstruction of justice — a move which Gleeson said reflected "brazen gamesmanship" of the judicial system.

"Flynn's false testimony not only derailed the proceedings — forcing the court to suspend the briefing schedule and cancel the sentencing hearing — but also reflected brazen gamesmanship challenging the integrity of the judicial system," the former judge wrote.

Though the perjury evidence merited new criminal contempt charges, Gleeson advised against additional proceedings. He instead recommended that Sullivan take perjury into account in Flynn's sentencing.

Gleeson's brief also burns through 100 of Trump's tweets about the Flynn case, concluding afterwards that "everything about this is irregular."

The only mention of Barr comes in the context of those tweets, when Gleeson cites Barr telling ABC News that Trump's tweets "make it impossible to do my job and to assure the courts and the prosecutors in the department that we're doing our work with integrity."

The recommendation comes two days before the D.C. Circuit federal appeals court panel considers Flynn's request to drop the case. If the appeals court agrees, Gleeson's brief may not matter. The judges will weigh whether it was appropriate for Sullivan to seek the retired judge's counsel.

Flynn's lawyers have also accused Sullivan of bias and asked the appellate court to reassign any further proceedings to another judge.

Trump has frequently expressed regrets about firing Flynn, who he believes was treated unfairly. The president appeared to admit for the first time in a December 2017 tweet that he knew more, writing:

I had to fire General Flynn because he lied to the Vice President and the FBI. He has pled guilty to those lies. It is a shame because his actions during the transition were lawful. There was nothing to hide!

Trump attorney John Dowd later claimed to have written the tweet, which bolstered allegations of obstruction of justice against the president. If sentenced, Flynn faces a maximum of five years in prison.