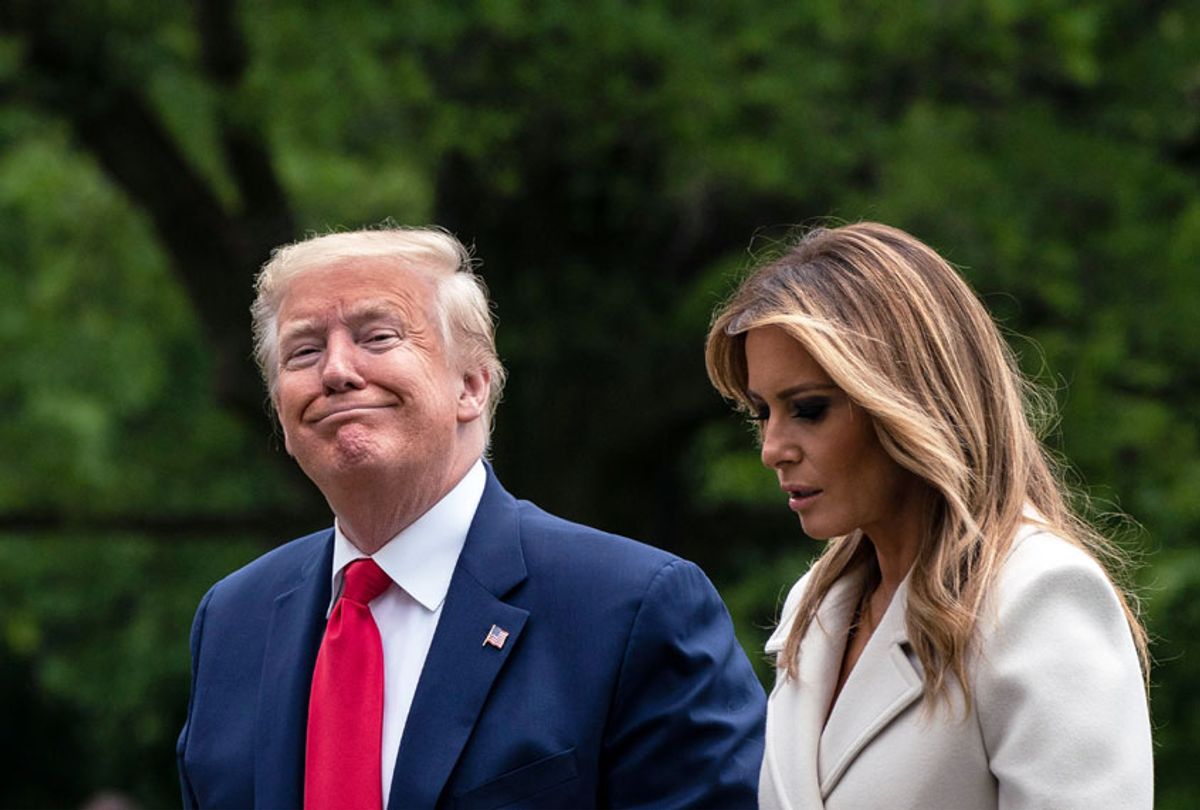 A new book about Melania Trump claims that the first lady delayed her move to the White House in 2017 as "leverage" to renegotiate her prenuptial agreement with President Donald Trump, according to The Washington Post.

In her upcoming book "The Art of Her Deal: The Untold Story of Melania Trump," Pulitzer Prize-winning reporter Mary Jordan writes that the first lady stayed behind in New York with her son Barron in early 2017 to use her "delayed arrival to the White House as leverage for renegotiating her prenuptial agreement with President Trump."

Along with seeking to "amend her financial arrangement with Trump — what Melania referred to as 'taking care of Barron,'" she also "needed time to cool off" after a series of sexual assault and misconduct allegations brought against her husband during the campaign, Jordan adds.

The first lady said at the time that she was staying behind at Trump Tower in order for their son Barron could finish the school year. She ultimately moved to the White House in June 2017.

The move was a success, the book claims. "Melania had finally renegotiated the prenup to her liking," the book claims, citing three sources close to Trump.

"She wanted proof in writing that when it came to financial opportunities and inheritance, Barron would be treated as more of an equal to Trump's oldest three children," Jordan wrote. The original prenup "had not been incredibly generous," according to The Post.

The book, based on more than 100 interviews ranging from Melania's Slovenian schoolmates to former Gov. Chris Christie, R-N.J., reportedly "lays out an argument that Melania Trump is as devoted to her own mythmaking as her husband."

"Both are avid creators of their own history," Jordan wrote. "She is . . . much more like him than it appears."

The book notes that Melania has made false statements about receiving a bachelor's degree from an architecture program at the University of Ljubljana, from which she did not graduate, and casts doubts on her claims that she can speak "four or five languages fluently."

"Photographers and others who have worked with her over the years — including native speakers of Italian, French and German — told me that they never heard her use more than a few words of those languages," Jordan wrote.

The book also includes multiple photographers from her modeling days that refuted her denials about plastic surgery.

Jordan also found little evidence to support the story of how she met Trump. Trump has claimed that they met at Fashion Week in 1998, where he was out with a more famous model but was fixated on Melania. But multiple sources, including Melania's former agent, told Jordan they heard Melania was already dating Trump by that time.

Since moving to the White House, the couple has slept in separate bedrooms, according to the book, and are rarely in the same room with one another when they travel. "They also seem to love each other, according to people who witnessed their early courtship, and others who have seen their relationship in the White House go from frosty to warm again," The Post reports.

"There is ample evidence that from the very beginning," Jordan writes, "Melania not only accepted and embraced Trump's political aspirations but was also an encouraging partner."

Christie told Jordan that Melania frequently gave Trump advice on the campaign trail. She was a key reason as to why he chose Mike Pence as his running mate over Christie and former House Speaker Newt Gingrich, Jordan writes.

"She believed that he would be content in a number-two spot and not gun for the top job," Jordan adds, "which was something she could not say about the other two."

Longtime Trump adviser Roger Stone, who was sentenced to 40 months in prison as part of the Mueller probe, has long been credited with sparking Trump's political ambitions. But Stone told Jordan that it was Melania who pushed him to run in 2016.

"She's the one who ultimately said," he told Jordan, "'You know, Donald, stop talking about running for president and do it . . . And if you run, you're going to win.'"