Jeered by critics, the band coming apart, Paul rallied the remaining Wings and they fought their way to a comeback 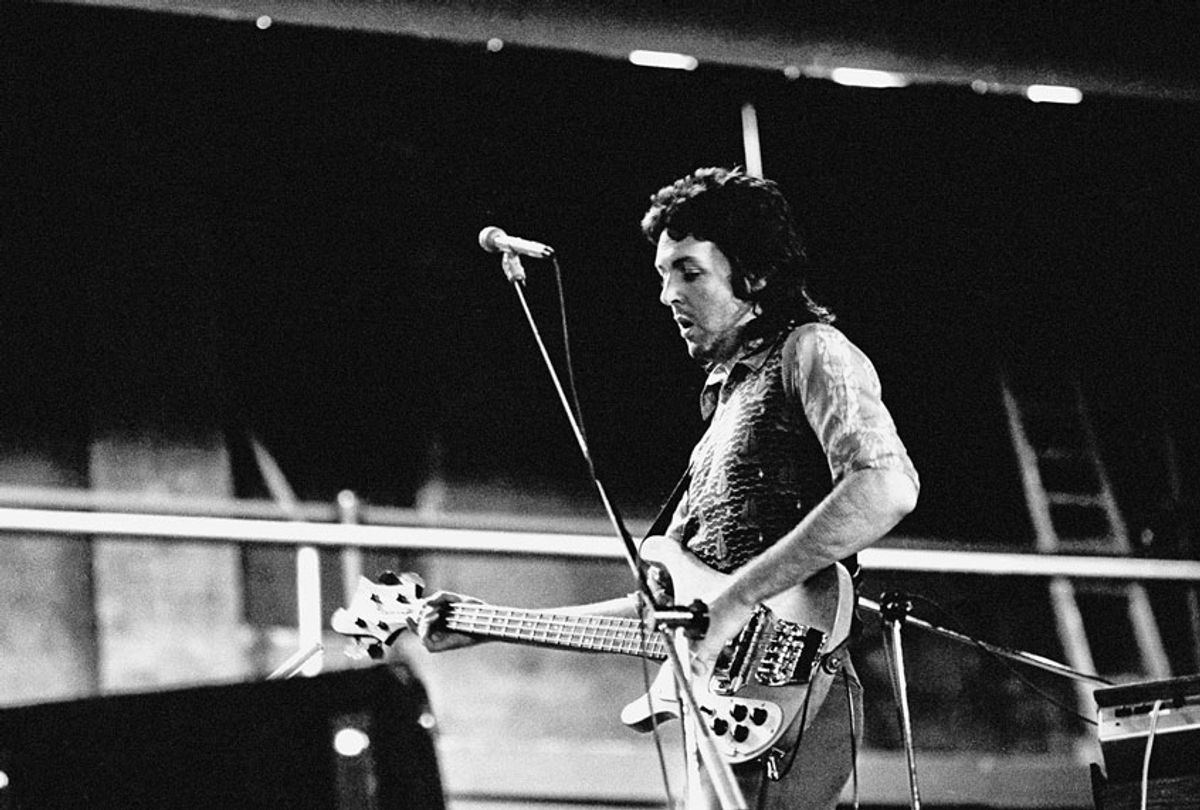 When it comes to rock's greatest comeback stories, Paul McCartney and Wings' "Band on the Run" looms large. In his post-Beatles years, McCartney had enjoyed accolades for his first two solo albums. But when it came to his formation of Wings, with wife Linda sitting in on keyboards, the critics were merciless. While "Wild Life" (1971) and "Red Rose Speedway" (1973) had enjoyed respectable sales, the Cute Beatle had been ragged and tagged as a purveyor of mindless bubblegum music.

On the eve of recording the "Band on the Run" LP, Wings had been buoyed by four straight top 10 U.S. singles in "Hi Hi Hi," "My Love," "Live and Let Die," and "Helen Wheels." But before they could make the trip to Nigeria, where they were slated to record at EMI's Lagos studio, lead guitarist Henry McCullough and drummer Denny Seiwell announced that they were leaving the band. With Linda and sideman Denny Laine in tow, McCartney barreled forward. McCartney had imagined a bucolic African experience in which he and his mates would sun themselves on the beach by day and hit the studio at night.

As it happened, Wings' difficulties were only just getting started. Nigeria was locked in the grip of a military government, for one thing. During their stay in Nigeria, Paul and Linda were robbed at knifepoint. Meanwhile, McCartney was forced to improvise, overdubbing the drum parts in addition to carrying out his usual bass and lead vocal duties.

The trouble and the strife may have been exactly what McCartney and his remaining Wings needed. In spite of the subpar quality of EMI's Nigerian facilities, they managed to produce a slew of top-drawer recordings. Take the title track, for example. With a flourish, "Band on the Run" saw McCartney elevating his post-Beatles work with renewed abandon. A multipart mini rock opera, the song traces the story of a rock band's longing for the sweet release of freedom and escape.

Listen to "Band on the Run":

And then there's "Jet." Any doubts about Wings' capacity for rock 'n' roll ended with McCartney's raucous new song. The former Beatle was in impeccable form, complete with his hard-driving bass and snarling lead vocals. Indeed, for McCartney, the whole of the "Band on the Run" album was a vocal tour-de-force, from his gentle balladry on "Bluebird" through his defiant vocals on "Nineteen Hundred and Eighty-Five," the LP's apocalyptic concluding track.

Listen to "Nineteen Hundred and Eighty-Five":

When it was released in December 1973, "Band on the Run" proved to be a slow burn. By midsummer though, on the strength of the "Jet" and "Band on the Run" hit singles, the album lorded over the charts. Wings enjoyed a spate of rave reviews, along with a Grammy nod for Album of the Year. But no matter how you cut it, the verdict was ineluctably clear. McCartney was back.