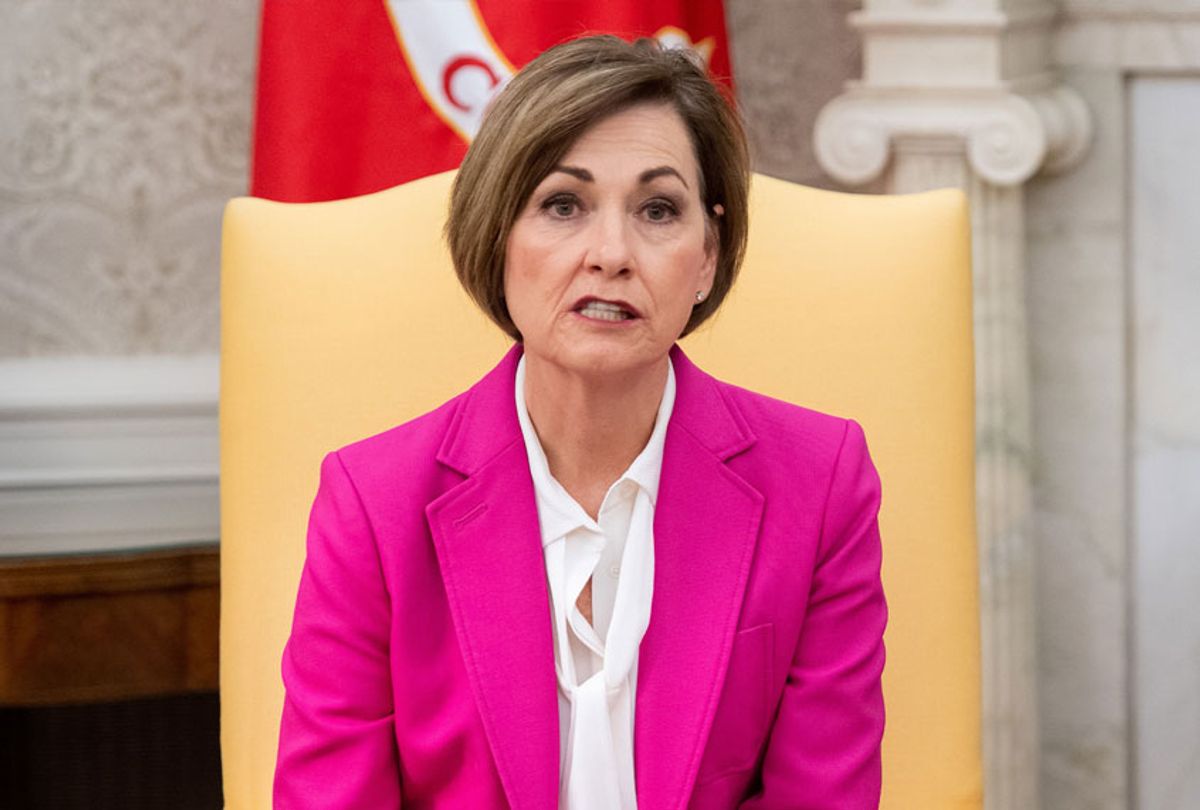 The Des Moines Register reported Monday that Gov. Kim Reynolds presented "a guarantee" to groups that she will sign an executive order to allow felons voting rights.

Black Lives Matter, the NAACP and ACLU have all said that the governor gave them a promise that it would happen before the election in November, though it isn't clear if that means felons will have access to the ballot in November.

"What she presented was a commitment — a guarantee — that she would be signing an executive order before the election, and then she said, by the latest, late summer into the early fall," said BLM organizer Matthew Bruce.

The move came as a shock as Reynolds is a Republican, the party that generally works to restrict Americans' access to the polls.

"But officials with the NAACP, the American Civil Liberties Union and state Rep. Ako Abdul-Samad, who were in the meeting, confirmed that Reynolds said she would sign an executive order and that she will do so by late summer or early fall — before November's election," said the Register.

There are currently 60,000 Iowans who would be able to vote if the governor allowed it.

"For the past two years, Reynolds has pushed the Legislature to approve an amendment to the state constitution to make the process of regaining voting rights automatic once felons have completed their sentences," the report said. "But Republicans in the Iowa Senate killed the proposal each year. On Sunday, the Legislature adjourned without the Senate taking a vote on the measure."

Florida passed a ballot initiative allowing their felons the right to vote in 2018.

Read the full report at The Des Moines Register.