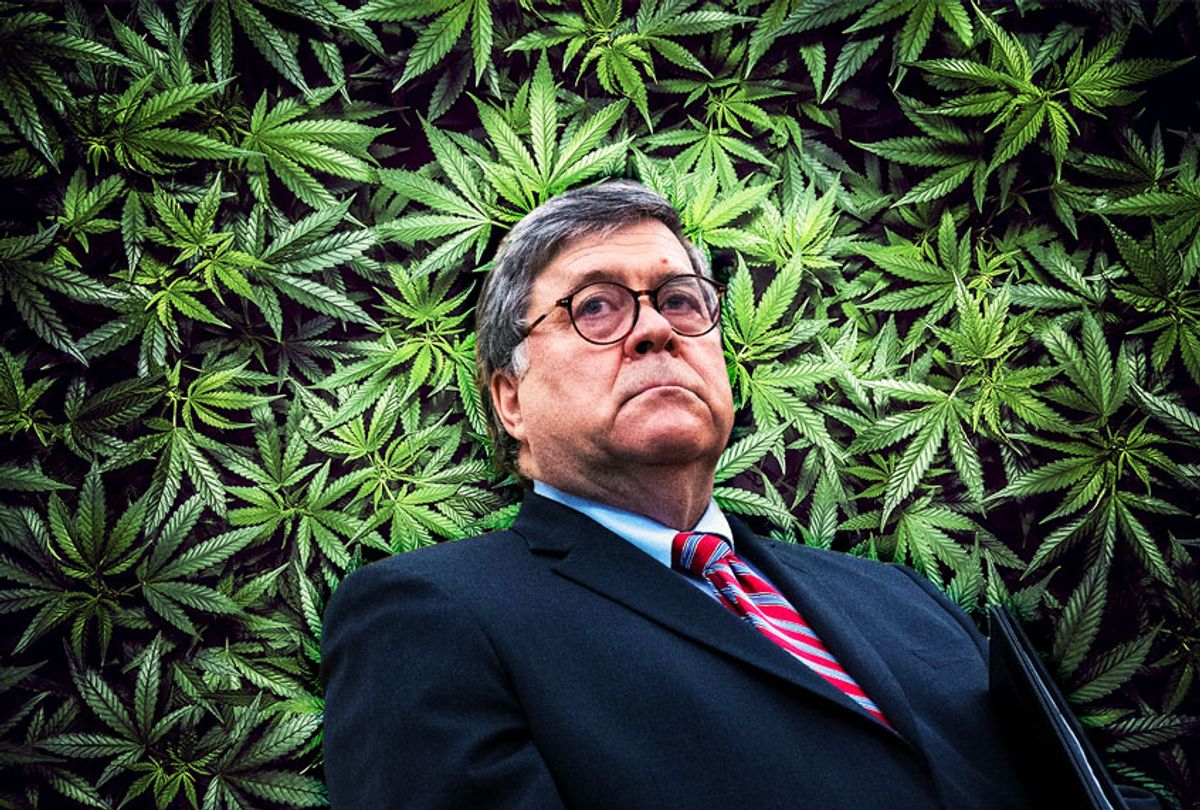 Attorney General William Barr improperly targeted marijuana companies with anti-trust investigations, because he "did not like" the nature of their business, a career Department of Justice official plans to testify to Congress on Wednesday.

John Elias, a senior official at the department's antitrust division, plans to tell the House Judiciary Committee that his division was "forced for political reasons to pursue unjustified investigations of the fledgling legal marijuana industry," The New York Times reported.

Elias will accuse the Justice Department of inappropriately using its antitrust power to investigate 10 proposed mergers and acquisitions, because Barr "did not like the nature of their underlying business," according to his written opening statement.

In the statement, Elias says the investigations consumed a large portion of the division's resources.

According to Elias, they were "not investigations of potential violations of federal drug law" and defied Justice Department guidelines restricting prosecution of medical marijuana companies in states which have legalized it.

At least one merger fell through, resulting in a drop in stock prices, Elias says. After staffers expressed concerns, division head Makam Delrahim acknowledged at an all-staff meeting that "the investigations were motivated by the fact that the cannabis industry is unpopular 'on the fifth floor,' a reference to Attorney General Barr's offices in the D.O.J. headquarters building."

"Personal dislike of the industry is not a proper basis upon which to ground an antitrust investigation," he said.

Elias also plans to testify that a separate antitrust review of a deal struck by four top automakers with California to establish higher fuel standards after the Trump administration rolled back Obama-era federal standards was also politically motivated.

He claims in his statement that the division launched the review without going through normal procedures once President Donald Trump slammed the deal on Twitter. The department had all the information to close the probe in November, but the "political leadership" asked staffers to keep the probe going until February.

Elias is expected to testify along with Aaron Zelinsky, one of the Justice Department prosecutors who quit the team overseeing longtime Trump adviser Roger Stone's case after top officials intervened.

"What I heard — repeatedly — was that Roger Stone was being treated differently from any other defendant because of his relationship to the president," Zelinsky said in his prepared opening remarks.

Zelinsky stepped down from the case with three other prosecutors after the Justice Department proposed a more lenient punishment for Stone, who was convicted of lying to investigators and obstruction of justice in the Russia probe, than the seven-to-nine-year sentence recommended by prosecutors.

A supervisor told Zelinsky there were "political reasons" for the intervention and agreed that the move was "unethical and wrong," according to his statement.

The top prosecutor overseeing the case was "was receiving heavy pressure from the highest levels of the Department of Justice to cut Stone a break" and complied because he was "afraid of the president," the statement added.