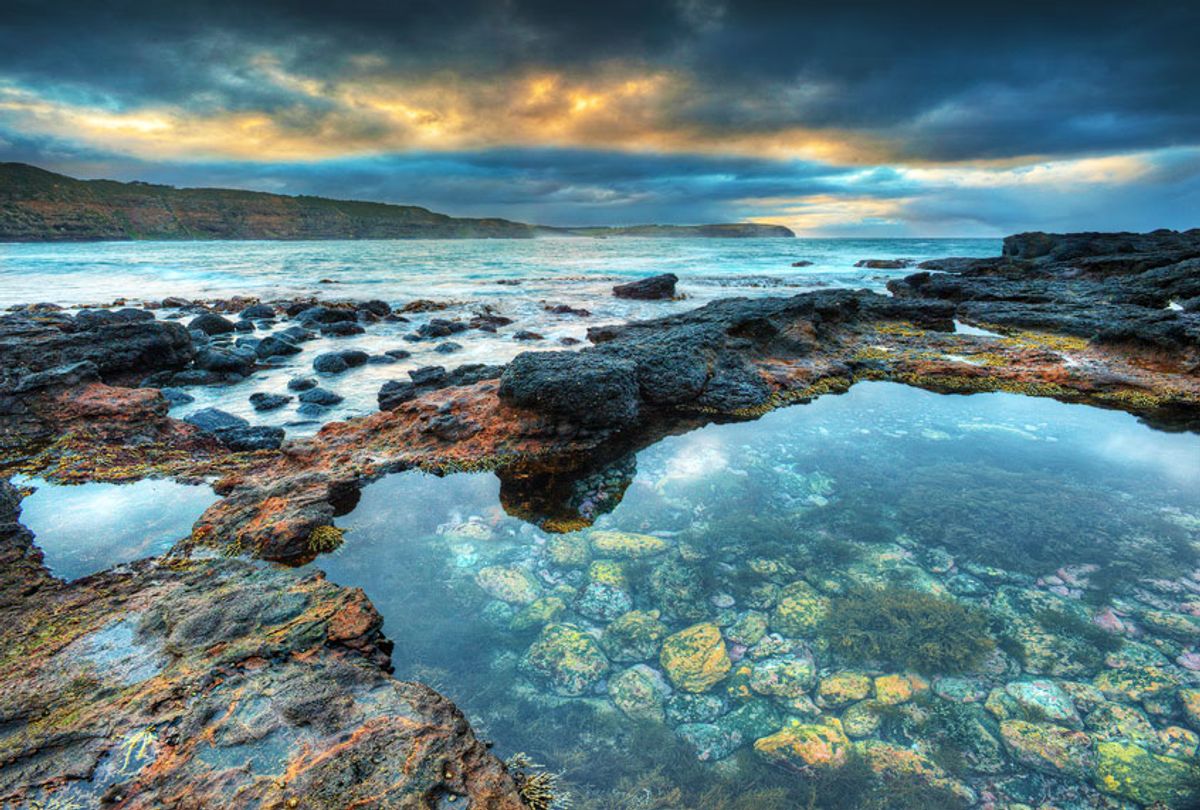 The question as to how life began on Earth is one of the most fundamental to science, yet it remains one of humanity's great mysteries. The first cells emerged relatively quickly after the Earth formed, meaning life wasted no time getting started once it had the right ingredients. Yet even the simplest cell is a complex bags of organelles, proteins, lipids and other molecular parts — and no one knows quite how such a complicated thing formed from random, inorganic processes.

One major clue in understanding the origin of life may arise in understanding how the first proteins were formed. Proteins are organic molecules, simpler than cells though not formally "alive" in any sense of the word. They consist of one or more amino acids, which are simple organic molecules that appear in nature where no life is observed. Amino acids have even been observed in space — in one instance, on an icy comet.

Now, a new study gives us an idea of what ancient proteins might have looked like, and how they could have been created from inorganic processes. The study could shed light on how early, inorganic proteins progressed until they stopped being inanimate and formed living cells — a process known as abiogenesis.

"The first proteins emerged some 4 billion years ago, and understanding how they came about is a daunting challenge," Prof. Dan Tawfik of the Weizmann Institute of Science and Prof. Norman Metanis of the Hebrew University of Jerusalem wrote in a study published in the Proceedings of the National Academy of Sciences (PNAS). "Further complicating matters, the rules of protein structure and function derived from modern proteins may be irrelevant to their earliest ancestors."

Tawfik and Metanis demonstrated that functional proteins could have come into being "from short and simple sequences" including an amino acid, ornithine, that does not exist in modern proteins.

Salon reached out to Tawfik to discuss the implications of his study.

"I wouldn't say it goes as far as proving [abiogenesis], but it does address at least one crucial element – namely, could proteins emerge abiotically," meaning without a biological origin, Tawfik explained. "Specifically, we could reconstruct an ancient DNA binding protein that is made solely of amino acids that were shown to form spontaneously."

Tawfik said that the research showed how a protein, a crucial component for life, could emerge from a number of different other pieces, all produced without any biological processes. "Here's evidence that a functional protein could emerge from building blocks (i.e., amino acids) that were ALL shown form abiotically, including the positively charged amino acid," Tawfik told Salon.

He added: "While we may never have a comprehensive explanation as to how life emerged from non-living matter, essentially every day, new evidence is accumulating for the feasibility of various steps in this process."

Prof. Jack W. Szostak — who studies chemistry, chemical biology and genetics at Harvard University, and who edited the study — made it clear to Salon that "this paper does not address abiogenesis (the origin of life) per se, rather it addresses a question about the evolution of proteins. This occurred once the biochemistry for coded protein synthesis had already evolved, so we're talking fairly advanced life, but still much earlier then the last universal common ancestor."

Dr. Moran Frenkel-Pinter, a research scientist at the NSF/NASA Center for Chemical Evolution, told Salon that "this outstanding research by Tawfik, Metanis, and colleagues offers a look back in time at plausible primordial forms of early proteins. These ancestral peptides carrying ornithine, a relatively simple amino acid that is believed to have been abundant on the prebiotic Earth but is not found in contemporary proteins, were shown to interact with nucleic acids and form coacervate structures."

She added, "These reconstructed peptide ancestors of present-day proteins can help us understand how early forms of positively charged peptides could have cooperated with nucleic acids from the very early stages of evolution."