The second season of Jordan Peele's "Twilight Zone" reboot remains uneven, but one episode speaks to our moment 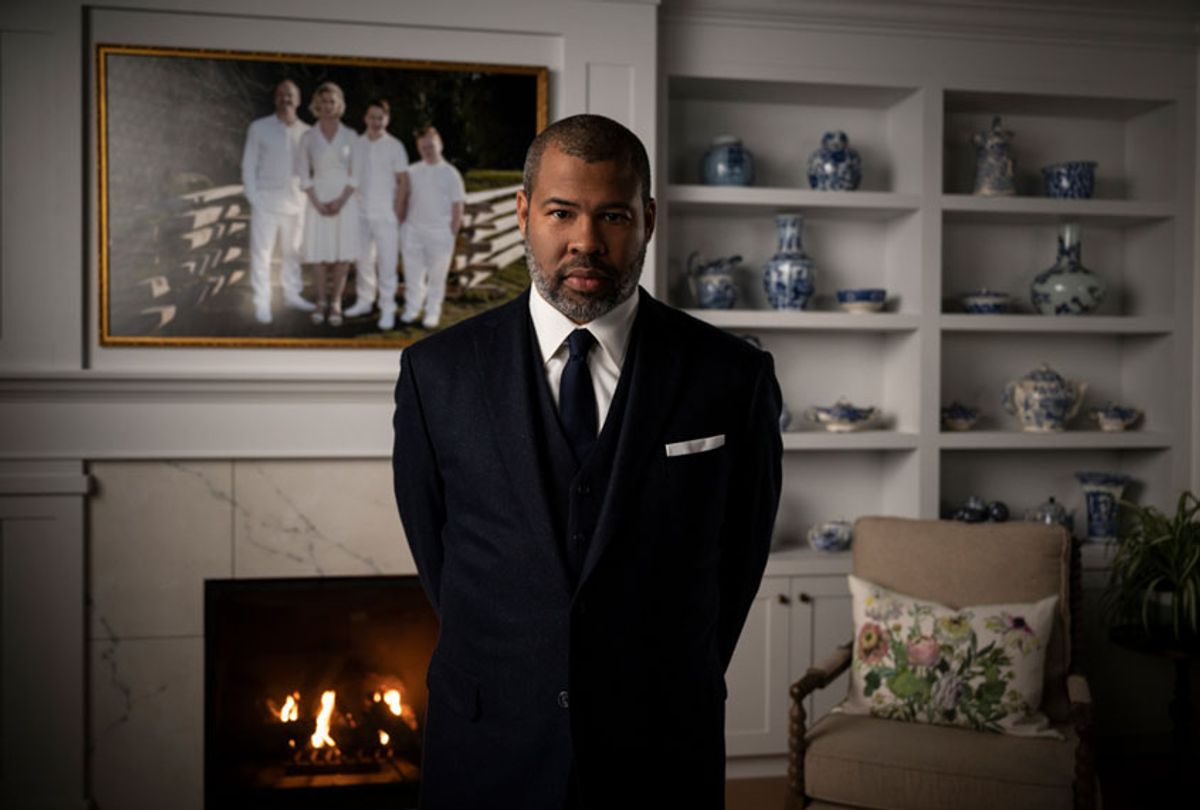 Jordan Peele in "The Twilight Zone" (CBS All Access)
--

Jordan Peele's reboot of "The Twilight Zone" strained against a few drags on its momentum in its first season's episodes, not the least of which were its struggles to pay homage to the classic Rod Serling-hosted 1959 series while making it work in the modern world. It never quite overcame those problems, thereby preventing the franchise's longtime fans and newcomers alike from taking to it.

Heaven knows some people wanted it to work, especially given how exciting Peele's other genre work has been. Seeing his involvement as an executive producer on the series alongside Simon Kinberg leads to an expectation of high creativity and unpredictability. But alas, aside from the excellent episode titled "Replay," most of that first season hung on the appeal of its famous guest cast. Reading my kindly review of that season right now, both in light of having seen the rest of it and on the day the second season has become available, moves me to say out loud and for all the world to hear, "I really was being too nice."

I've been saying that phrase a lot lately, less so in my work than in my personal life when it comes to listening to "go along to get along" people who otherwise identify as progressives or have apparently tolerated my presence as an exception to their viewpoints concerning people of color. (Stick with me, I promise this relates to the show.)  "Don't all lives matter?" "But I see everyone as exactly the same!"

The widespread societal shifts occurring now appear to be embraced by the mainstream almost to the point of turning realists into optimists but what the public-facing coverage and support isn't quite speaking to is the legion of quiet self-described "one world, one family" peaceniks who would prefer to return to a state of blind ignorant bliss, and only condone blocking off streets to accommodate their neighborhood's weekend farmer's markets, which are the only place to obtain eggs from bespoke hens raised on a diet of organic marigold seeds.

These people don't wear MAGA hats and would never, not in a million years, vote for Donald Trump. Yet they so firmly believe in their picture of a supposedly rainbow-colored world where everything is happy and equal that they would rather not see any more unrest even if that means nothing fundamentally changes – because to them, nothing fundamentally needs to change.

"You Might Also Like," one of the episodes in the newly released second season of "The Twilight Zone," might as well be the aura portrait of this mode of thinking. Within its 41 minutes, a relatively economical runtime in a series that loses points due to the length of its episodes, we're drawn through a window of existence into a world of premium catalog perfection. Every home is spacious and orderly, every wall clean and white with neutral accents save for the acceptable sparks of color on objects arranged just so.

In the home of Mrs. Warren (Gretchen Mol), a wall shelf is symmetrically lined with Delft-style pottery, blue patterns on white. Her designer athleisure wear is entirely white – the same as the outfit worn by her neighbor, who is played by Greta Lee. This flawless existence appears to be brought them, and us, by a device called "The Egg" that people have welcomed into their homes and celebrate for somehow, quite magically, making their lives better.

The best episodes of "The Twilight Zone" are the ones where you can't tell what's going on – a hallmark of the old series adopted and evolved not by this new one, but by the Netflix anthology series "Black Mirror." CBS All Access' reboot of "The Twilight Zone" rarely beats the audience at the guessing games it poses, or when it does, the twist is so basic as to be barely worth scoffing at.

Of the three episodes made available for review, "Meet in the Middle" is barely more interesting than a standard catfishing case, and the trick in "The Who of You" wears badly about midway through. Each is mostly notable for its guest stars, with "Westworld" star Jimmi Simpson as the bizzarro-world sucker in one and Billy Porter showing up, only to be wasted, in the other.

"You Might Also Like," which was written and directed by Osgood Perkins, stands out against these as an exception to the predictability rule but as a satisfyingly chilling answer to the question of what the fantasy of a supposedly "great" America looks like from inside the illusion and eventually stripped of it. It's what happens when people so badly want the brutally honest voices and painful but necessary actions around them to be silent and cease so that everybody (read: the wealthy and privileged) can return, unmolested, to resting in their comfortable cluelessness again.

Obviously Perkins wrote this long before the present moment came into being, but there is a special and perhaps unintentional guffaw to be enjoyed when, at a pivotal moment, what gets her results is her firm request to speak to a supervisor. Mrs. Warren's first name is Janet; no official word on whether this slender woman with not a blonde hair out of place has the middle name of Karen.

And while Lee's sharp comedic performance is a significant focal point of the episode, Mol is both terrific in her performance and perfectly cast. Mrs. Warren senses something is wrong. But what's mainly concerning her is that whatever it is that's wrong appears to be out of her control.

This is the crux of America's current dilemma vis a vis "masks or no masks," or "justice for all versus peace and quiet for me," that essentially pits our devotion to individualism against the impulse to set personal desires aside for the good of the entire population. Perkins didn't write this episode in the context of the pandemic and the protests against police brutality and for racial equality that have ensued, but all great speculative fiction looks at what is and extrapolates, with eye-widening accuracy, some wild version of a probable near-term future.

The cause of Mrs. Warren's unease is goofily classic in both "Twilight Zone" terms and that of science fiction in general, which only adds to the surprise and, even more so, her decision as  what to do with the information she discovers. It doesn't ruin anything to say that it's a reaction typical of an entitled person unwilling to relinquish the ease of living to join in the necessary disturbance, that accompanies an existential struggle. When push comes to violent shove, comfortable people would much rather that everyone else go back to being nice regardless of the cost.

"You Might Also Like" is the kind of episode that makes someone look at the updated episode "Twilight Zone" and hang on to the notion that it can improve, that someone will look at the methods by which it succeeds and say yes, more of this. It proves there remains some unexpected spark in the classic premise, but that also fails to account for whether viewers have the patience to stick with rest of the middling for the off chance that the series might strike greatness again more than once or twice.

Seasons 1 and 2 of "The Twilight Zone" are currently streaming on CBS All Access.