Jordan Peele's take on the classic series isn't for everyone, but it fits perfectly in 2019 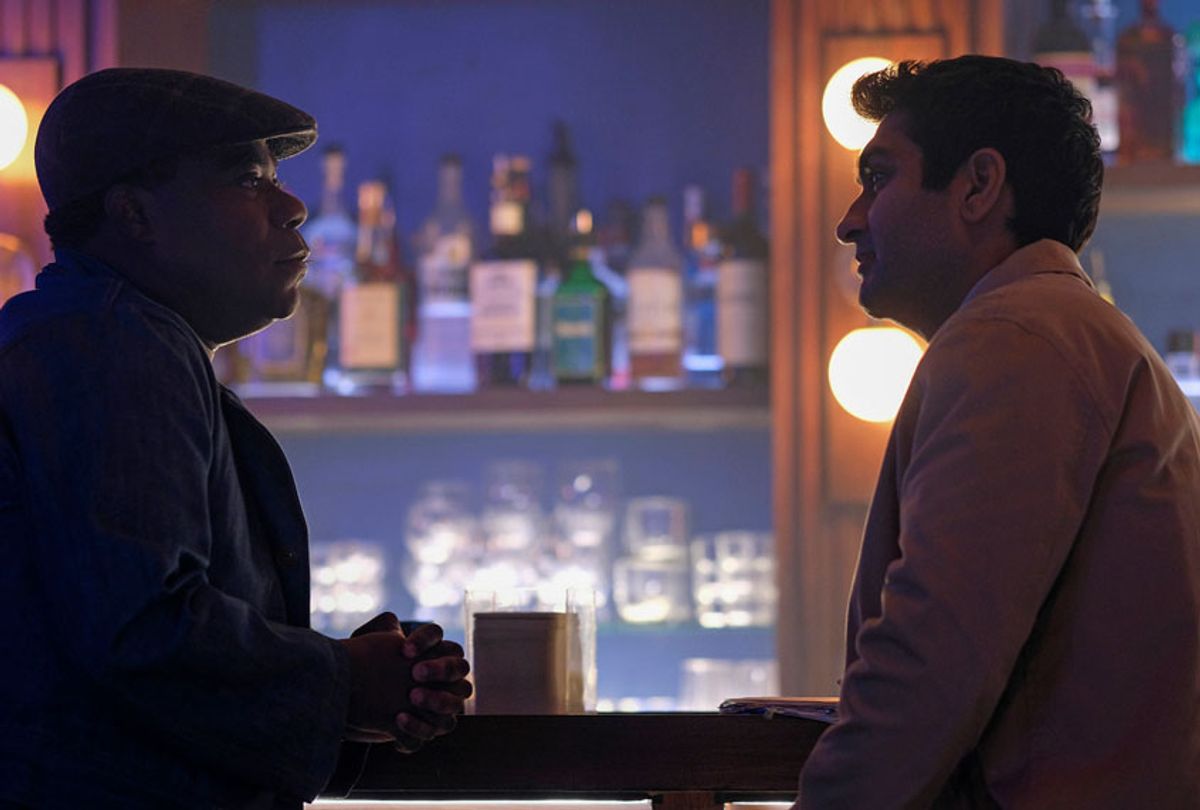 How well Jordan Peele’s 2019 update of “The Twilight Zone” works depends heavily on what the viewer brings to the two episodes launching the series, available Monday on CBS All Access.

Series creator Rod Serling probably wouldn’t have it any other way: Each of his sci-fi tinged thrillers entirely relies on the individual’s perspective, and the level of willingness with which said viewer steps into the off-kilter perspective of another.

Many installments of Serling’s anthology series presumes a level of familiarity and connection to political themes, social movements and overall history. Thus the same episode may be interpreted as a simple diversion by some and a profound parable by others.

Little wonder that a series that lasted for five seasons — half as long as “Alfred Hitchcock Presents,” to cite the work of another auteur to whom Peele is often compared — is seen today as one of the most influential and durable brands in all of television.

The list of series inspired by “The Twilight Zone” is lengthy, one of the latest being Netflix’s outstanding “Black Mirror.” And the title itself inspired three other major revivals over the years — as a theatrical release in 1983 produced by Stephen Spielberg and John Landis, narrated by Burgess Meredith; followed by a TV revival that aired on CBS starting in 1985; and another in 2002 on UPN, hosted by Forest Whitaker.

Over the six decades that have passed between Serling’s 1959 original and Peele’s update, “The Twilight Zone” also has become shorthand for describing an atmosphere crackling with the bizarre, an injection of weirdness into the mundane. That easy integration into our cultural argot hasn’t necessarily done the series any great favors, because now “The Twilight Zone” is associated more closely with a feeling than a filter, with oddity as opposed to the searing commentary simmering within the series’ best-regarded episodes.

For an audience that just wants to be entertained, it’s far simpler to connect to generic anxieties than it is to fit together any puzzle pieces casually submitted for our approval. Teasing out the whispered messages about who we are in any given era takes a level of attention most don’t have the energy or time to give.

So: shuffle this prologue into the currently high expectations we have for any project that Peele’s name is attached to, and perhaps you’ll understand why reactions to his CBS All Access update of “The Twilight Zone” were destined to be mixed, regardless of how masterfully he and the writers and directors assembled to deliver this revival have adapted it to our period.

This is not so much a warning as it is a qualification, one from the viewpoint of someone who enjoys and respects the show but is by no stretch of the imagination as studious an aficionado as, say, my colleague Matt Rozsa. His detailed breakdown of classic episodes that doubled as progressive editorials on enraging social ills provides an excellent prelude to the series’ re-introduction, if that's what you want.

Otherwise, it may please you to know that the new “Twilight Zone” satisfies a few curious viewer’s concerns, nailing the overall atmosphere implied by the title as well as inviting us to weigh the surreptitiously conveyed alternate meanings within the two-episode series debut. But there’s probably more to love here for Serling zealots than the drive-by viewer who’s still deciding whether the “Black Mirror: Bandersnatch” experiment lives up to the hype.

Peele’s take on “The Twilight Zone” is a careful homage to the original, and in an age when the very thought of being careful is met with a level of disdain, that could be a turn off. But the timelessness of Serling’s vision is due to the simplicity of each story, a tenet to which each episode holds fast. And this works well enough for the most part, while sometimes yielding clunky expository turns.

It is wonderful, in any case, to see Peele step into Serling’s shoes as the deadpan narrator traversing each dark room of existence, aware of the inevitable fates awaiting the players in each story and never betraying any emotion of his own. (However, Peele is not credited as a writer or a director on the four episodes provided to critics for review.) Peele’s rendition of a guide to "The Twilight Zone" is as suitable as one would expect the versatile star to be, and his first appearance following the premiere’s cold open may even create a tickle of excitement along the spine.

“The Comedian,” starring Kumail Nanjiani (a “Twilight Zone” superfan, so I’ve heard) follows the architecture of a Faustian bargain, with Nanjiani’s stand-up attempting to style himself as a political humorist and dying onstage night after night. That is — cue the ominous music — until a very famous comedian (Tracy Morgan, in a ramrod-straight performance) appears out of nowhere and makes him an offer masquerading as feedback. One clink of a cocktail glass, and the world suddenly turns on its ear.

Revealing anything else about the episode would ruin the woozy trick of it, but obviously — maybe too obviously? — it is topmost an allegory of fame’s hollowness, questioning whether the cost is worth the returns.

Then “Nightmare at 30,000 Feet” takes off, an update of what may be the most recognizable of Serling's “Twilight Zone” stories. Besides being remade first for the 1983 film, the original starred William Shatner, and its gremlin-on-the-wing gag has been spoofed to death.

Only here, the writers swap the monster outside for one stowed away in the cabin. A passenger played by Adam Scott stumbles across an outdated MP3 player with a podcast cued up. Said audio tale happens to describe the mysterious disappearance of the very flight that he’s on. Naturally this leads to a very “Twilight Zone”-appropriate outcome, although the means by which we get there are pretty satisfying.

This episode in particular demonstrates the ways that Peele’s “Twilight Zone” is made with the post-“Lost” viewer in mind — another drama that can be thought of as one of Serling’s descendants. The more closely you peer at it, the clearer Peele’s affection and loyalty to Serling’s vision comes into focus. Dedications lurk everywhere, such as the brief appearance of a toy version of that gremlin from the original “Nightmare at 20,000 Feet.”

The wide shot perspective is just as bold, placing the audience into an inclusive world and incorporating the implications of this into its twists. This “Nightmare,” like the other two, centers the plot on a white American guy. Only in this version — remember, it's brought to you by the mind that created “Get Out” — that aspect of the character’s identity takes on a subtext that changes the story’s meaning. The 20K “Nightmare” episodes were about sanity and belief. Scott’s Justin Sanderson, on the other hand, desperately wants to be heroic and right.

Viewed straight on, “The Comedian” is a commentary on narcissism, but it also has something to say about striving and the thinnest of barriers existing between moving up one rung on a wealth ladder controlled by privilege and struggling to make ends meet. And just maybe, one might theorize, it's telling us a thing or two about the madness of trolling.

And then there’s the on-the-nose racial anxiety permeating “Replay,” in which Sanaa Lathan stars as a mother who can't save her son (Damson Idris) from being harmed by a policeman who cannot be reasoned with, regardless of the power she holds in her hands — in this case, the ability to rewind time by pressing a button on her father’s old camcorder.

Now, a viewer might roll his eyes at the notion of the core story circulating around outdated personal tech but, as “Replay” establishes up front, the time manipulation is beside the point. The pressing weight of this episode has to do with history and the necessity of reconciling oneself with the past, both personal and national.  The camcorder is a magical tool, but it’s also a wide-eyed witness, a predecessor of the tools we imbue with the power to check abuses and hold wrongdoers accountable but, in the end, do little to speed up or alter the rough course of progress.

The climax of this episode verges on the ridiculous, but every frame leading up to it vibrates with the intensity of a horror movie, one in which the monster is as unrelenting and tireless as, well, bigotry. Glenn Fleshler plays the antagonistic cop with such off-putting, blank calm that it makes Lathan’s hyperventilating fear palpable. What unnerves the viewer even more, though, is where the story drops.

Serling’s intro describes “The Twilight Zone” as existing in a middle ground “between the pit of man's fears and the summit of his knowledge.” But when there’s no such thing as the middle, a show styled to float there will play to some as anachronistic. This show’s best charms are not the ones displayed in plain sight, which means it’s not going to be for everyone.

But it does achieve something uncommon by inviting us not merely to watch each episode but to appreciate every sliver of Serling’s vision from Peele’s point of view. This “Twilight Zone” is not a universal fit, but those with the patience and yearning to be drawn into its space may be content to stay with it for a time.