Wesley Lowery is right: Media's notion of "neutrality" is an imaginary white guy

Mainstream media's quest for "neutrality" and "objectivity" has always been racially coded. Finally we can see that 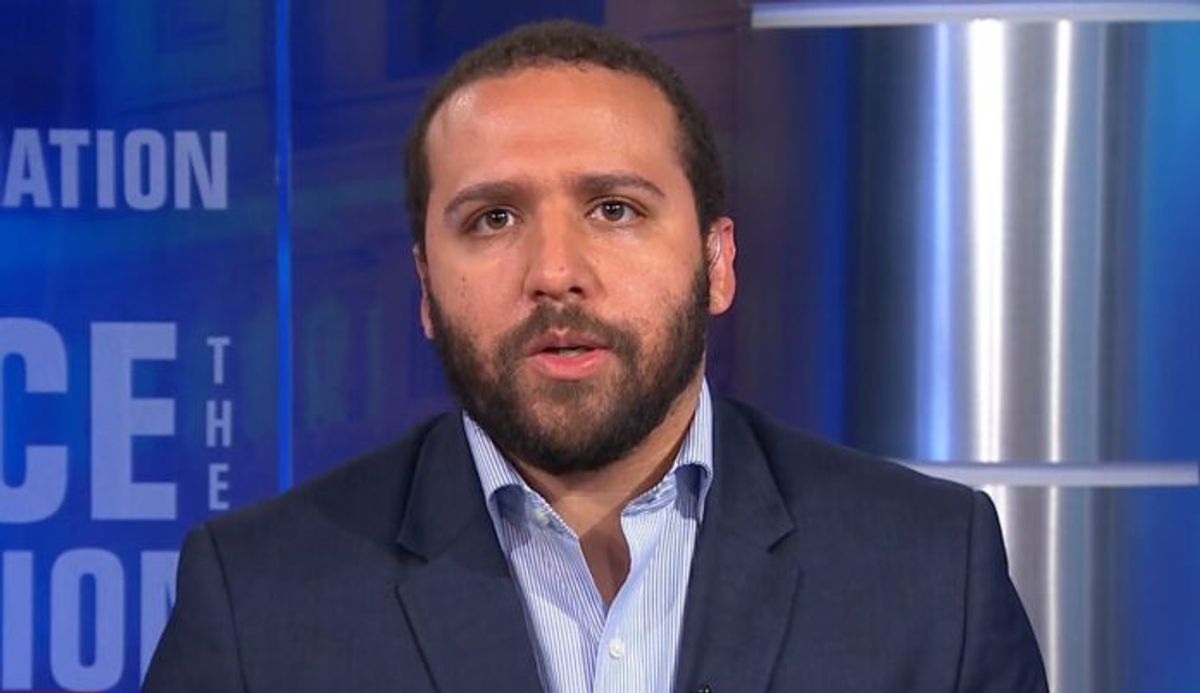 Wesley Lowery in an appearance on CBS News' "Face the Nation." (Screenshot)
--

Wesley Lowery, the reporter who has taken a leading role in confronting anachronistic newsroom norms, is absolutely right to put his primary focus at this point on the issue of race.

Lowery's latest powerful call to arms appeared on the New York Times op-ed page on Tuesday. "The views and inclinations of whiteness are accepted as the objective neutral," he wrote. In the pursuit of "a model of professed objectivity," he wrote:

[T]he mainstream has allowed what it considers objective truth to be decided almost exclusively by white reporters and their mostly white bosses. And those selective truths have been calibrated to avoid offending the sensibilities of white readers.

This is not the first time that argument has been made. (See my explainer on how newsrooms are struggling to cover race.) Lowery, a 30-year old Black man, left the Washington Post for CBS News last year after getting scolded for his tweets by editor Marty Baron. In his op-ed, Lowery wrote: "Collectively, the industry has responded to generations of black journalists with indifference at best and open hostility at its frequent worst."

But we are in the midst of a rare moment during which white people actually seem to be listening to Black people.

The events that gave rise to this moment vividly illustrate how the people with the most to risk from the continued status quo are not white. Those risks are not hypothetical, they are real. Those risks ruin and kill.

Our top newsrooms are showing signs of — finally, possibly — making genuine moves toward greater diversity in their hiring, promotion and coverage decisions.

Washington Post publisher Fred Ryan sent out a memo committing to adding more than a dozen new newsroom positions to "strengthen our capacity to cover this rapidly unfolding societal reckoning and the broader issues related to race and identity in the United States."

New York Times publisher A.G. Sulzberger and three top editors at the paper wrote in an internal memo that "we have heard from many black colleagues, and other people of color around the company, that they do not feel sufficiently part of decision making, feel fully valued in our culture, or see a clear path for advancement. This is something we must change."

The Times vaguely promised "to develop an ambitious, long-term strategy for making The Times more diverse, equitable and inclusive."

In a small public-facing change, several news organizations, including the Associated Press, have begun to capitalize the B in Black. As Temple University journalism professor Lori L. Tharps cogently explained: "Black with a capital B refers to people of the African diaspora. Lowercase black is simply a color."

These various efforts may represent a shift in the industry, although I'm with Ford Foundation president Darren Walker, who explained on MSNBC the other day that corporate diversity targets and goals don't mean much unless they're directly tied to executive bonuses.

Regardless, this is no time to let up the pressure. More reporters and editors and producers and photojournalists of color need to hired, need to be promoted, and most of all need to be heeded.

This is not a crisis for people of color alone, this is a crisis for everyone in the field. Newsrooms that don't reflect their community are out of sync in a profound way. Understanding and being able to explain the complex role that race and racism play in our society is essential to covering this moment coherently — particularly because Donald Trump is so effectively using race to divide us. As long as the gaze of our newsrooms remains intractably white (and male) those newsrooms will fail.

Objectivity is not what you think it is

Even as our newsrooms (hopefully) become more diverse internally, there may be something else they should do. But let me take a step back first:

The movement for which Lowery has become such an effective spokesman is fighting against a whole range of what we consider anachronistic attitudes and habits that dramatically reduce the accuracy and authenticity of news coverage, and erode the bond of trust between news organizations and their readers and viewers.

Those who want to preserve the status quo often defend themselves by calling what they do "objective" — and what we want "opinion."

Lowery's op-ed received a lot of support on social media, including from one of the most respected voices in American journalism today, American Press Institute executive director Tom Rosenstiel. In a massive Twitter thread, Rosenstiel argued that the modern application of "objectivity" is a perversion of what the term is supposed to mean. "The idea was that journalists needed to employ objective, observable, repeatable methods of verification in their reporting," Rosenstiel wrote. He continued:

To understand objectivity's true meaning, think of transparency of method and discipline of verification. Objectivity is not neutrality or disinterestedness. Those notions invite unconscious bias — the very problem the objective method or process was meant to combat.

But neutrality is exactly what so many editors are striving for in the name of objectivity, as Lowery wrote:

Conversations about objectivity, rather than happening in a virtuous vacuum, habitually focus on predicting whether a given sentence, opening paragraph or entire article will appear objective to a theoretical reader, who is invariably assumed to be white ….

Instead of telling hard truths in this polarized environment, America's newsrooms too often deprive their readers of plainly stated facts that could expose reporters to accusations of partiality or imbalance.

That theoretical reader, who is granted such great power in our newsrooms, is not just white (and almost certainly male), but is politically neutral.

Political neutrality tends to be defined by newsroom leaders as halfway between the two main political parties, which leads to ceaseless triangulation that lately has entailed a wild tilt to the right as the Republican Party loses its moorings to reality and tolerance.

And if we know anything about our politically divided country, it's that there very few people actually occupy that right-in-the-middle space.

In other words, the politically neutral white man all these editors are afraid of offending? He doesn't really exist.

Why won't the New York Times get more assertive in covering Donald Trump's lies? Why publish both-sides-ish crap like "the lawmakers from the two parties could not even agree on the basic set of facts in front of them"? Times executive editor Dean Baquet was literally asked about that in an interview earlier this year. This was his answer:

In my mind, I think of the reader who just wants to pick up his paper in the morning and know what the hell happened. I'm beholden to that reader, and I feel obligated to tell that reader what happened.

Baquet called what his staff does "sophisticated true objectivity." He said: "If you hear stuff you disagree with, but it's factual and it's worth people hearing, you write about it."

But it also means you can't call a lie a lie. "Let somebody else call it a lie," Baquet said.

Writing for a more diverse audience

There are lots of ways to address the problems afflicting our journalism these days. I write about them all the time! But reading Lowery about that theoretical white reader to whom editors grant so much power made me wonder.

How much better would it be if reporters and editors started keeping a widely diverse audience very much in mind when they do their work?

Reporters and editors should be visualizing an audience that is diverse — in political, racial, socioeconomic, demographic and geographic terms.

All you can worry about is that you haven't told them what they need to know.

The smartest thing to do is to make your best attempt at discerning the truth, what's important and what it means, and then explaining it as clearly as possible.

Rosenstiel, towards the end of his tweetstorm, expressed the concern that some journalists might misinterpret reformers like Lowery and "replace a flawed understanding of objectivity by taking refuge in subjectivity and think their opinions have more moral integrity than genuine inquiry."

But that's not what Lowery and others are saying at all. We're talking about a rededication to the best principles of news journalism.  As Lowery wrote: