Art Laffer rejected "relief for families but doesn’t seem to mind when it benefits him personally," a watchdog says 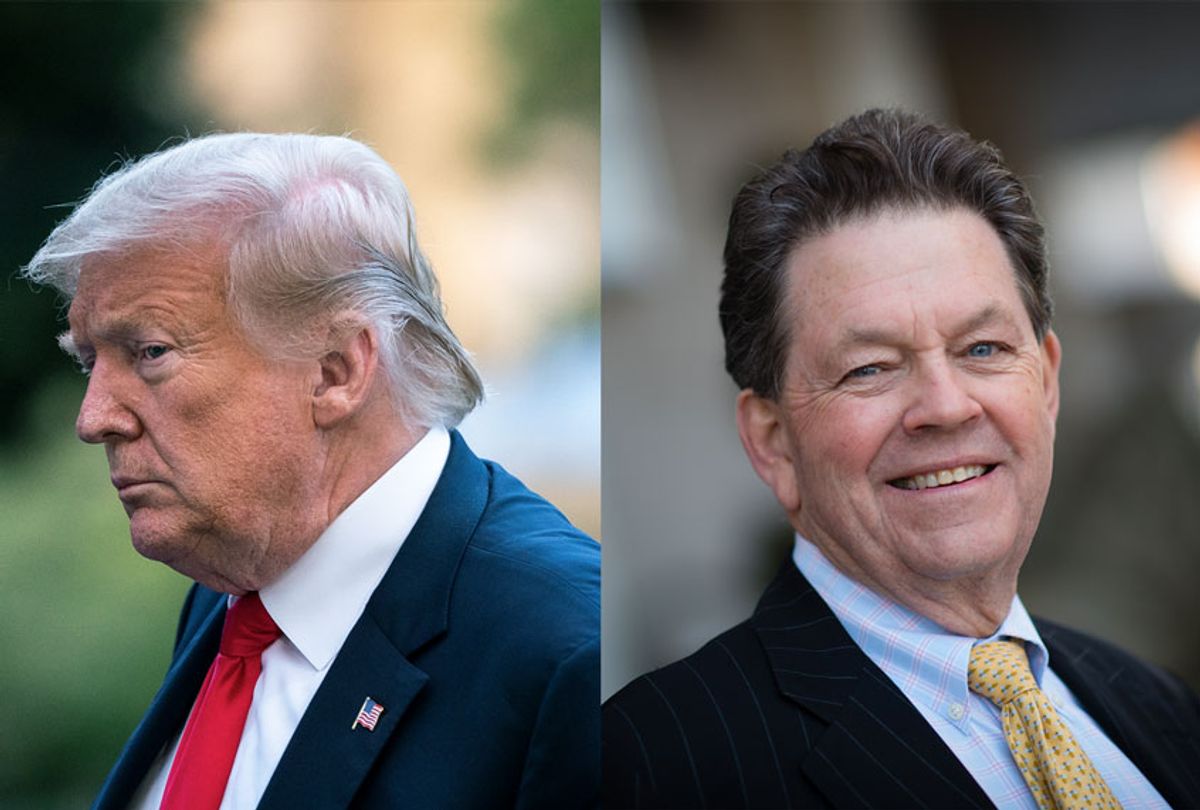 Art Laffer, a longtime economic adviser to President Donald Trump, urged Republicans against funding additional coronavirus relief even as a company in which he held stock cashed in on tens of millions in small business aid.

Laffer, who popularized the idea of "trickle-down economics" and advised Trump on tax cuts and coronavirus relief, called for the president and Senate Republicans to "cut the [coronavirus] spending" in a letter released on June 16.

"There is no limit to worthy causes, but there is a limit to other people's money," the letter addressed to Trump and Senate Majority Leader Mitch McConnell, R-Ky., and signed by 20 prominent Republicans, including Laffer, fellow Trump adviser Stephen Moore and tax-cut zealot Grover Norquist, said. "The inside-the-Beltway crowd falsely calls these trillions of dollars a 'stimulus' to the economy. But government can only give money to some people, as Nobel-prize winning economist Milton Friedman taught all of us many years ago, by taking money from others."

But a company in which Laffer owned stock and served as a director for years had no problem "taking money from others" when it announced it received nearly $20 million in forgivable loans under the Paycheck Protection Program (PPP). (Disclosure: Salon received a PPP loan to keep our staff and independent journalism at 100%.)

Laffer served on the board of directors at GEE Group, a provider of staffing and human resources solutions, until March. Laffer had been on the board since 2015.

At the end of last year, Laffer appears to have held nearly $154,000 in GEE Group shares at the company's closing price of $0.39 per share on Dec. 23, according to a Securities and Exchange Commission filing. The stock holdings were in addition to the $26,000 in stock awards he earned from the company last year.

And the holdings are significant. The company had more than 13 million outstanding shares, meaning Laffer's 394,140 shares amounted to about 3% of the company's value, according to the SEC filing.

GEE Group, a provider of staffing and human resources solutions, said it received $19.9 million in PPP loans, according to an SEC filing, even after it laid off workers, per a financial report released last month.

"Art Laffer waves his finger at federal relief spending for working families but doesn't seem to mind when it benefits him personally," Derek Martin, a spokesman for the progressive watchdog group Accountable.US, told Salon. "His hypocrisy wouldn't be so serious if it weren't coming while millions of workers in desperate need of a lifeline continue to file for unemployment benefits. This is yet another example of the wealthy and well-connected getting ahead during this crisis."

Accountable.US reviewed the documents as part of its TrumpBailouts.org project, which tracks recipients of PPP money after Treasury Secretary Steven Mnuchin said the department would not disclose who received the funds. The department on Thursday relented, agreeing to give Congress access to the loan data.

Despite Laffer's opposition to the coronavirus stimulus, the Small Business Administration touted the PPP as a "direct incentive for small businesses to keep their workers on the payroll."

GEE Group argued in the SEC filing that PPP loans were "the only source of funding available to our companies" and were "absolutely critical to our ability to maintain operations, including the employment of our temporary and full-time employees."

The company said the loans were necessary to counter the "severe negative effects" of the pandemic. The company indicated in its financial report that the PPP loans "allowed the company to restore compensation levels and bring back furloughed employees and selectively add new talent."

Shortly after laying off workers earlier this year, the company announced it would add three new members to its board of directors. The company's SEC filing showed that its board of directors collectively own millions in company stock, suggesting that the new hires are poised to earn hundreds of thousands — if not millions — in stock.

Laffer holds a lot of influence in the Trump administration. He "helped write" the Trump campaign's tax plan, according to The New York Times, and mentored Larry Kudlow, the head of the White House economic council.

Trump praised Laffer, who wrote a fawning book about the president's economic policies titled "Trumponomics," when he awarded him the Presidential Medal of Freedom last year.

"Few people in history have revolutionized economic theory like Arthur Laffer," he said, claiming that "Art would go on to prove [critics] all wrong on a number of occasions."

"Laffer's relentless and sunny advocacy of tax cuts, deregulation and free trade have influenced decades of Republican policy proposals, most famously under President Ronald Reagan in the 1980s," The Times reported. "Democrats have criticized him for repeatedly promising that tax cuts would deliver growth and revenues that did not appear, such as damaging state tax cuts in Kansas that produced a large shortfall in the state budget and prompted the Republican-controlled Legislature to ultimately reverse them."

Since the pandemic hit, Laffer has advised Trump, Mnuchin and Kudlow on economic issues, according to RealClearPolitics. But Laffer advised the administration against supporting the CARES Act, which included the PPP, even though Trump now brags that the bill helped save "30 million American jobs."

Laffer instead urged Trump to impose taxes on non-profits, cut the pay of public officials and college professors and give businesses and workers a payroll tax holiday until the end of the year, according to Reuters. Laffer claimed that the CARES Act would "only serve to deepen the downturn" and "disincentivize work," according to the outlet.

Economists and lawmakers largely agree that the CARES Act, and the PPP specifically, were a massive help to millions of small businesses and workers. However, many argue that the program needs more funding as companies continue to struggle.

Laffer was nevertheless floated as a potential candidate to serve on Trump's task force to reopen the economy.

Sen. Brian Schatz, D-Hawaii, who sits on the Senate Appropriations Committee, said that adding Laffer to the task force would be a terrible idea.

Laffer has "bad ideas that are even worse in a pandemic," he told RealClearPolitics. "It is a very crazy time to put someone like this in charge of economic policy."