Behind The Okra Project, a nonprofit dedicated to nourishing the Black trans community

Salon spoke to activist Ianne Fields Stewart, who aims to make everyday resouroces available to the most vulnerable 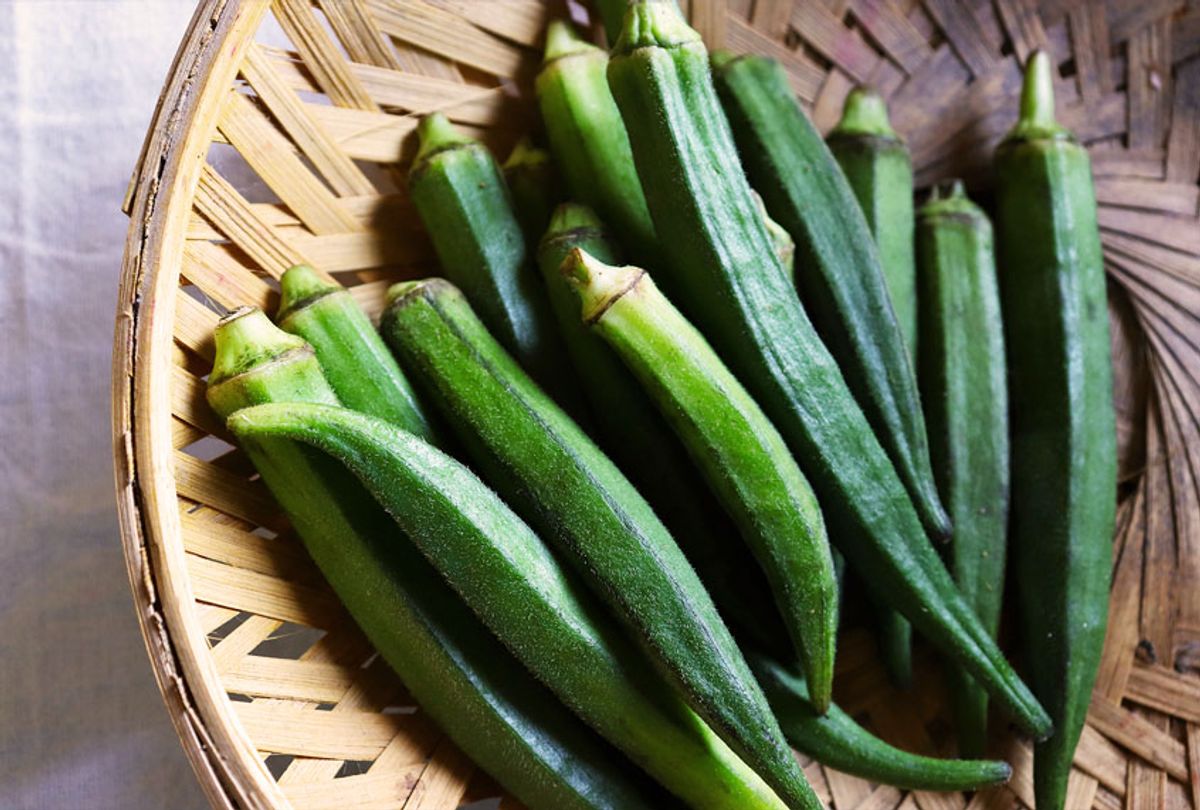 A large part of Ianne Fields Stewart's advocacy is centered on universalizing experiences that are often thought of as a luxury, thus making them accessible to members of marginalized communities. That's one of the reasons Stewart — a queer, trans, non-binary activist — founded The Okra Project, a New York-based nonprofit that employes Black trans chefs to visit the homes of Black trans people who are experiencing food insecurity to cook them meals.

It's a system that subverts ideas of whom is afforded the experience of having a private chef, while also serving a community that, Stewart says, desperately needs nourishment — especially in a country where their personhood continues to be policed and politicized.

Stewart spoke with Salon about the work of The Okra Project's mission, how they are adapting amid the pandemic, and what is next for the organization.

I read a recent figure that stated that approximately 34% of Black trans people report living in extreme poverty. What are some of the factors that contribute to that number?

I've always kind of described it this way: imagine you are a trans girl. You're about 16 years old, you're living in your home, you know the rates of homelessness among LGBTQ people. And Black trans people are the highest among those. So you are pulled out of your home, you have two more years left of high school and you have to figure out how to finish that.

Then there are hiring practices. You can't necessarily get a job at Walmart, for example, because of their own prejudices and biases. So, often, many Black trans people who are who are unable to pursue these different options go into sex work. Now sex work is work, and we respect that work, but we also understand that there is a danger when that is the only option you have, leaving people at the most vulnerable intersections trying to not only find housing and security, but also pursuing gender-affirming surgeries.

So now you're 18 years old and you haven't been able to find employment through, shall we say, a standard institution, and have turned to sex work — it's vulnerable, but it's cold hard cash and you need cold hard cash.

After a few more years of working, you're able to afford gender-affirming surgeries that you pay for and you're able to find housing, but you've been working in the community for a while. We also understand that landlords talk to each other, and like to out trans people, meaning you have to live outside your community to find housing. It's a system, too, that requires identification tha you may not have access to.

So then you also might end up in what we call a "food desert,"  which means  areas where you are unable to access healthy and culturally specific foods and ingredients. So these are the various systems of blockchains that people are navigating on a daily basis which contribute to the statistic you're talking about.

Just what it says, right? Belonging to a specific culture. This means that there are certain foods and ingredients that are recognizable as belonging to the African and Black diaspora. And these foods are comforting, both for the soul and also things that people know how to make.

If you grew up in a household learning how to cook oxtails and things like that, that's the food that you know, and that's the way that you know how to cook. So you're going to be looking for ingredients that you can use to cook those meals, because that's how you learned to cook.

So for many Black folks, living in areas that will provide them with those ingredients can be a challenge and it can also be a challenge to find the [ingredients]. So it's really important that we are providing folks with recognizable meals because it is our priority, always, to make our work as comforting, appealing and beautiful possible.

Our founding was based on the idea that we would provide people with meals that would feed their families, but would also feed their souls. There's a reason that we only hire Black trans chefs, to cook for Black trans people — we are creating community and solidarity and a moment.

Something else that really strikes me about this, too, is the idea of having somebody come into your home and cook you a meal . . . conjures connotations of having a private chef, which feels like this exclusive thing. And I wasn't sure if  affording that luxury to a community that is so often marginalized was something that you thought about in putting together the Okra Project?

Yeah, absolutely. I mean, my work as an activist and an organizer has always been sort of focused on the idea of interrupting the exclusivity of luxury. I think that many of the things that we consider luxurious these days should be everyday for the most marginalized people, especially if we understand that we live in a society that creates a racial stratification of individuals.

That means that they are not able to access things like mental health care, like food and make healthy foods and things like that. Why would we not create avenues by which we make those meals, those therapy sessions, easily accessible to those who need it most?

Has the pandemic changed how you have to operate in any way?

Definitely. We've not been able to do what we were before, going into people's homes, so we created a COVID-19 relief fund. Then one day we got a huge grocery donation, and we put those in the back of a car and went door-to-door, sort of like a moving grocery store. That was an option, but it wasn't totally sustainable.

Then we created a fund that has allowed us to provide Black trans individuals with a one-time 100% free mental health therapy session with Black therapist.

I'd seen a report that since the beginning of the pandemic — which has overlapped with recent protests — that the Okra Project has seen a tremendous increase in donations. There are days you've seen $100,000 in individual donations. With those increased donations, in what ways is The Okra Project planning on expanding services?

Yeah, we are. First though, I think that we need to catch up to all of the costs and all the work that we're trying to do already. But then our long term goal would be to open an actual brick and mortar location where we can start to build a space for all of us to be in, where we can feed people in-person.

We're seeing a lot of collective momentum surrounding conversations about representation and defunding police departments. I'm sure those are conversations organizers with groups like The Okra Project have been having for a long time. How does it feel to see those topics in the spotlight and are you hopeful the momentum will continue?

It's a bit of a bittersweet feeling. These conversations have been going on far longer than they have been in the "public domain," you know. There have been solutions that have been listened to, there have been people who have been booed off stages. So to find yourself in this moment, this is where the sweetness comes in, where it is impossible to organize without having an ounce of hope, right? There has to be something worth fighting for. But I think that hope isn't a sedative. It has to be an energizer. It has to be something that feeds the mind, body and soul and creates energy. That is how I have always understood it, and that is something that I have always believed. And it's our duty and it's a necessity to ensure that hope is sustainable.