Sled dogs are closely related to "ancient dogs" from more than 9,000 years ago

Scientists believe many modern sled dogs are closely related to a 9,500-year-old dog from the island of Zhokhov 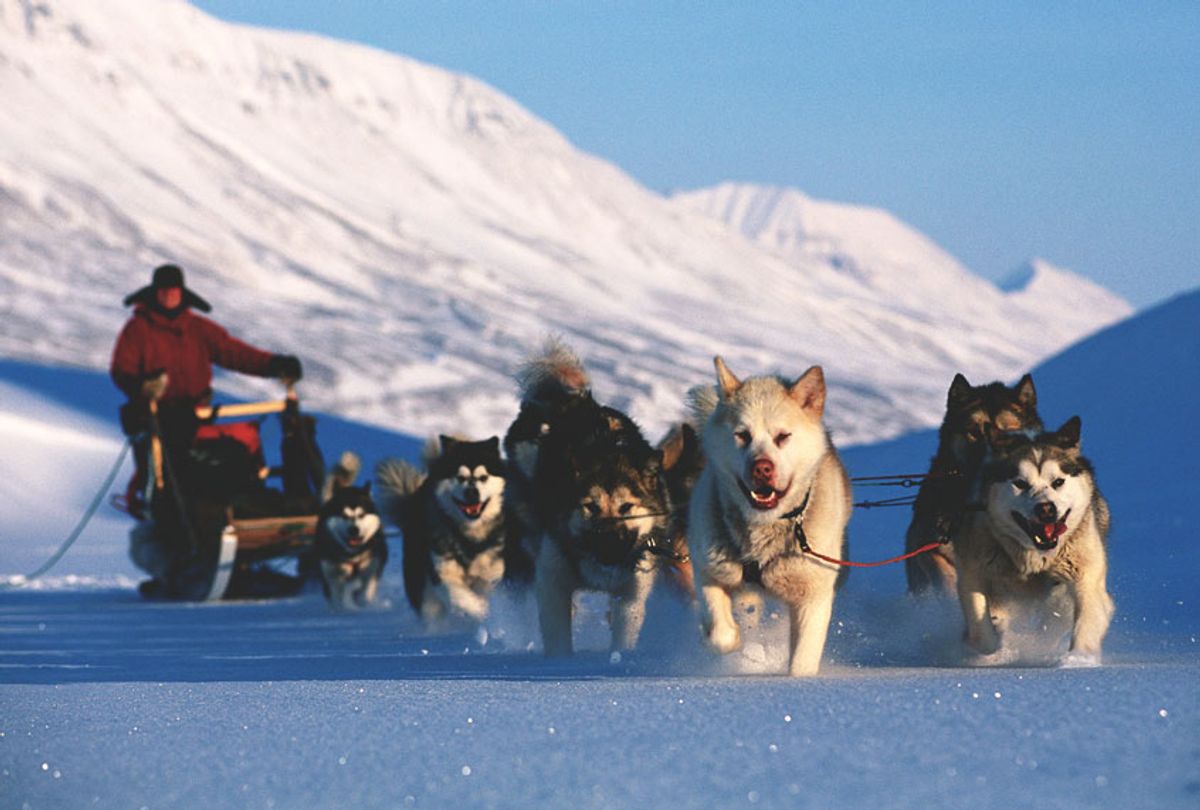 A new study suggests that sled dogs like Alaskan Malamutes, Siberian Huskies and Greenland sledge dogs adapted to the Arctic much earlier than was previously thought and are genetically similar to a cold-weather canine from more than 9,500 years ago.

The study, which is being published in the journalScience, was conducted by researchers from the health and medicine faculty at the University of Copenhagen, with collaboration from the University of Greenland and the Institute of Evolutionary Biology, Barcelona. As the abstract put it, "This analysis indicates that sled dogs represent an ancient lineage going back at least 9500 years and that wolves bred with the ancestors of sled dogs and pre-contact American dogs. However, gene flow between sled dogs and wolves likely stopped before ∼9500 years ago."

One of the two initial authors of the study, PhD student Mikkel Sinding from the GLOBE Institute at Copenhagen, explained to Science Daily that "we have extracted DNA from a 9,500-year-old dog from the Siberian island of Zhokhov, which the dog is named after. Based on that DNA we have sequenced the oldest complete dog genome to date, and the results show an extremely early diversification of dogs into types of sledge dogs."

The other initial author, associate professor Shyam Gopalakrishnan, added that "this means that modern sledge dogs and Zhokhov had the same common origin in Siberia more than 9,500 years ago. Until now, we have thought that sledge dogs were only 2-3,000 years old."

The study is relevant because scientists have previously believed that Zhokhov was a type of ancient dog very different from the breeds that exist today, a belief undercut by the fact that the dog in question shares a major part of its genome with the three species of sledge dogs researched in the study. In addition, the study significantly lengthens the timeline for our understanding of when sledge dogs were domesticated.

The study also found that sledge dogs display certain distinct evolutionary differences from the domesticated dogs most of us know and love today. Foremost among them is that they are not genetically adapted to eat lots of sugars and starches like other domesticated dogs. They instead evolved to eat high-fat diets, similar to polar bears and peoples who are indigenous to the Arctic region.

"Together, these findings indicate substantial long-distance travel and transportation of resources, in which dog sledding would have been highly advantageous — if not necessary," the authors write in their study. "Putative sled remains and our genomic analyses of a 9500-year-old dog from the Zhokhov site indicate that the traditions and key genomic variations that define modern sled dogs were established in the northeast Asian Arctic >9500 years ago. Our results imply that the combination of these dogs with the innovation of sled technology facilitated human subsistence since the earliest Holocene in the Arctic."

This is not the first recent study to offer new insights into phenomena pertaining to canine domestication. A study released earlier this month revealed that London foxes are developing early signs of domestication including shorter snouts, wider snout tips and smaller brain cases.

"What's really fascinating here is that the foxes are doing this to themselves. This is the result of foxes that have decided to live near people, showing these traits that make them look more like domesticated animals," Kevin Parsons, an evolutionary biologist at the University of Glasgow, told the BBC in a video. There has been considerable controversy around the study of domestication, with a famous 1950s study by Soviet geneticist named Dmitri Belyaev that argued for the existence of "domestication syndrome" being rigorously challenged by subsequent scientists.