How foxes are domesticating themselves 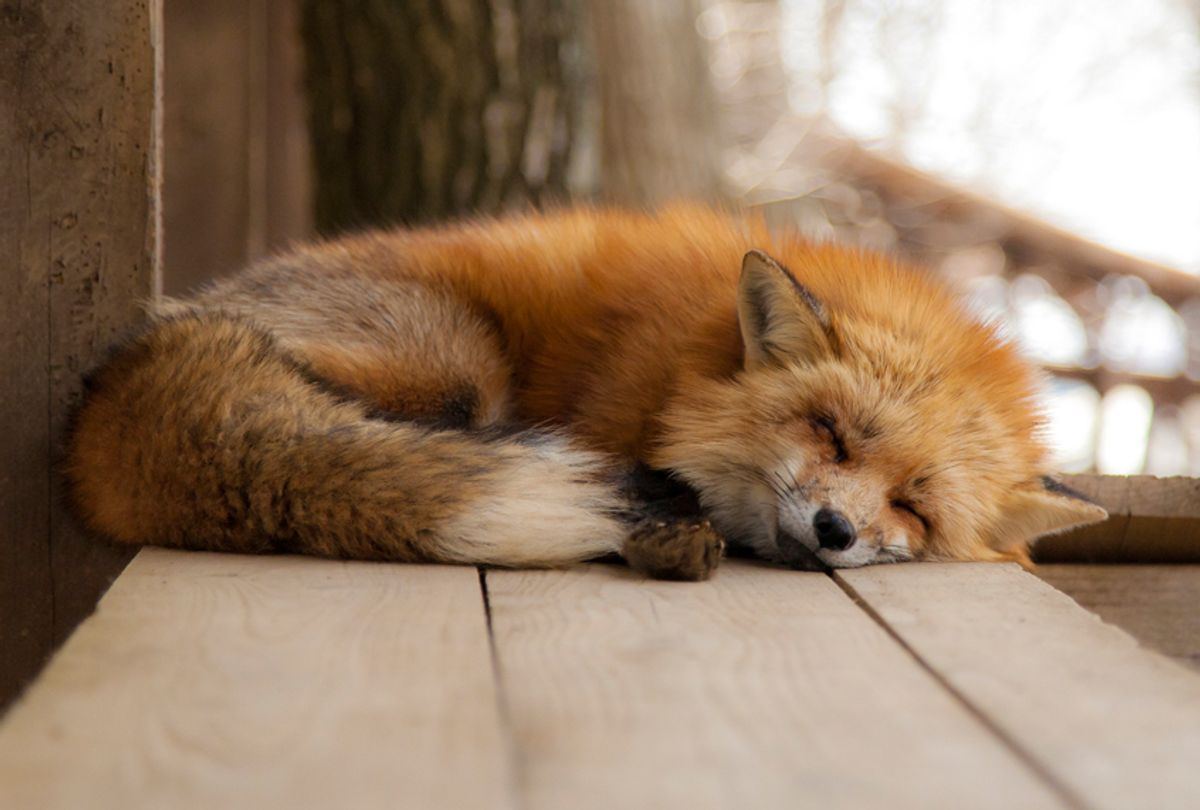 Just as dogs descended from a wolf-like ancestor to become man's best friend, so it would seem wild foxes are doing the same.

Indeed, a new study reveals that foxes in London appear to be inadvertently developing signs of domestication. The reason is that living in such close proximity to human beings has altered their evolutionary path.

The new journal article is another entry in a long, and sometimes thorny, body of scientific literature regarding the evolution of foxes in the anthropocene. Notably, at least one past study on fox domestication later proved controversial among the scientific community.

The recent study, which was published in the journal Proceedings of the Royal Society B, found that "urban populations of foxes show variation consistent with 'domestication syndrome.'" "While interesting themselves, [this has] the potential to inform us of the conditions and mechanisms that could initiate domestication," they continue. In other words, observing changes in the foxes, the researchers note, provides hints as to what "domestication" means — and whether the process of change is similar among domesticated mammals, or perhaps just canids like foxes and dogs.

The researchers found that there were major differences in skull shape between rural and urban foxes, with the latter "having a noticeably shortened wider snout with a reduced maxillary region relative to rural foxes." Urban foxes also tended to have wider snout tips and, in terms of their brains, "the braincase appeared to be smaller in the urban habitat." This does not necessarily mean that urban foxes are dumber than rural foxes, however; as the authors explain, "it could possibly reflect changes in biomechanical forces on the skull." Notably, the same pattern has been observed among dogs as compared to their wild coevals, the wolf: scientists note that dogs' brains are about 30% smaller relative to wolves' brains.

As Kevin Parsons, an evolutionary biologist at the University of Glasgow, told the BBC in a video, "What's really fascinating here is that the foxes are doing this to themselves. This is the result of foxes that have decided to live near people, showing these traits that make them look more like domesticated animals." He speculated that urban foxes may have smaller braincases because, while their rural counterparts need advanced intelligence to track down prey which is trying to escape, urban foxes tend to scavenge and therefore deal with food sources that are more likely to be stationary.

The deeper implications of the study have less to do with people suddenly domesticating foxes en masse — which is unlikely to happen — and more to do with how we understand the history of domestication itself. It is possible that, by studying how canines like urban foxes change when they live around human beings, we can develop greater insights into how dogs and cats were domesticated thousands of years ago.

As you may expect of a canid similar to the dog which lives in close proximity to humans, the study of fox domestication is not a new research area. In the 1950s , a Soviet geneticist named Dmitri Belyaev conducted an experiment in which he claimed that, by domesticating silver foxes, they wound up developing traits commonly associated with domesticated dogs. Those traits included floppy ears, tails that curl up, and spotted coats. This led Belyaev to conclude that there are certain physical traits that accompany domestication, a phenomenon he dubbed "domestication syndrome."

However, Belyaev's study was criticized in December 2019, when a research team led by geneticist Elinor Karlsson at the University of Massachusetts Medical School and the Broad Institute of MIT and Harvard noted that Belyaev obtained his foxes from a Canadian fur farm. They argued that, as a result, the spotted patterns may have already been bred into them by farmers, and the small population size of Belyaev's foxes (130) could have made physical and behavioral traits spread more quickly.

Marcelo R. Sánchez-Villagra, a professor of paleobiology at the University of Zurich, concluded that the December paper "provides the final nail in the coffin to the idea of a universal set of traits characterizing all domesticated animals." Another study, this one published in Evolutionary Letters in April, also challenged the theory of domestication syndrome by finding no meaningful correlation between how certain dog breeds look and how they behave. This undercuts the domestication syndrome premise that the syndrome is caused by a single mechanism.