Amid a national conversation about cops and racism, Oakland Unified abolishes their school police force 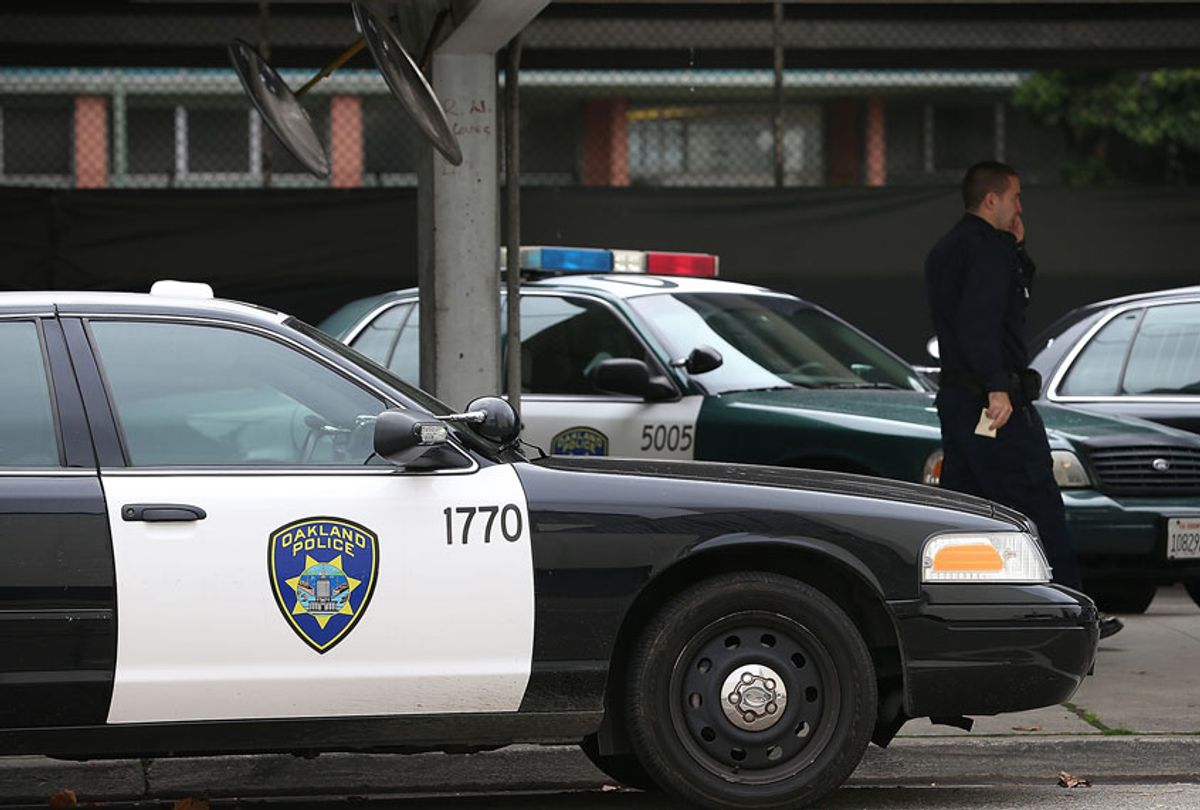 Oakland, Calif.— Last week, amid national cries for defunding and abolishing the police, the Oakland school board voted unanimously to abolish the Oakland Unified School District Police Department, a police force specific to the school district.

The resolution, which was drafted by the Oakland community-led organization Black Organizing Project (BOP), abolishes the Oakland Unified School District's police force of 10 sworn officers and 50 unarmed campus safety officers. The resolution also calls on the superintendent to reallocate the funds — $2.5 million — used for sworn police officers to support services such as social workers, psychologists and restorative justice practitioners.

Known as the George Floyd Resolution, this action is partly a result of the protests that have erupted since Floyd was murdered in Minneapolis by a white police officer, but it also comes after nearly a decade of pressure from Oakland activists at BOP.

"While the murder of George Floyd was the catalyst for the uprisings across the country, and rightfully so, if we are being transparent, in 2011 there were very few people, individuals, and organizations who would agree with us and support us in identifying that police in schools was an issue," Ni'Keah Manning, a member of BOP and program coordinator, told Salon in an interview. "It definitely was not popular, it was seen as extremely radical."

Indeed, there has been a national shift in the public opinion around abolishing or defunding the police. What was once seen as a radical idea has gone mainstream; even Minneapolis' city council recently announced their intent to dissolve their city's police department. According to a Morning Consult poll, 43 percent of voters support redirecting funding for their local police. The same poll found that the idea of defunding the police is most popular among young Democrats, Black voters, and those who live in more densely-populated areas.

BOP began organizing its Bettering Our School Systems (BOSS) campaign in 2011 after a 20-year-old Black male, Raheim Brown, was killed by a white Oakland school police officer on January 22, 2011. As part of the BOSS campaign, BOP became hyper-focused on abolishing school police.

"Although we were responding to his murder, we knew even at that moment that it was beyond him, it was bigger than him, and this was about an institution of policing that was embedded in our school system, and that we would dedicate the rest of our work to," Manning said, adding that the resolution that was passed last week should have been passed in 2011.

Oakland is just one city out of several that have made similar decisions over the last few weeks since Floyd's murder. School districts in Minneapolis, Portland, Denver, and Seattle over the last couple weeks have ended contracts with the police or temporarily halted partnerships with the police in schools. In Chicago and Los Angeles, school boards voted to keep police in public schools for now.

Nationally, the movement to remove police officers from schools has been gaining momentum for some time. Last year, the arrest of a six-year-old at a school in Orlando, Florida, led to widespread condemnation.

In Oakland, not everyone is in complete support of removing police from schools. Oakland school board member Jumoke Hinton Hodge told Salon she was hesitant to support the resolution because she was worried that simply abolishing the police from the schools would not fix the deeper issues affecting learning like racism and white supremacy.

"If you feel like police officers are one element of it, OK, and now we have other work to do," she told Salon in an interview. Prior to the vote, Hodge asked the board to take more responsibility for its role in "perpetuating whiteness."

Nationally, there have been some calls opposing the movement, too. In an op-ed penned by Ryan Petty, a board member of Stand with Parkland whose 14-year-old daughter Alaina Petty was killed in the Marjory Stoneman Douglas High School shooting, wrote an op-ed arguing that abolishing school police is a mistake.

"Stand with Parkland — The National Association of Families for Safe Schools, founded by families of the students and educators murdered at Marjory Stoneman Douglas High School, believes it is a mistake to remove law enforcement from school campuses," Petty wrote. "The consequences of not protecting our nation's children and educators are devastating to families and communities alike."

Certainly abolishing police from schools is at odds with some responses to the Parkland school shooting. After the shooting, the Trump administration called for more armed police officers in schools. Florida Governor Rick Scott signed a bill dedicating $400 million to a number of school security measures, including an increase in the number of school resource officers. But as it was noted by several media outlets, the Parkland shooting sparked conversations around youth, gun violence and race.

In the United States, police have not always been embedded in the country's school system. They were first introduced to schools in the 1940s, and the history of school policing is intertwined with racism. An analysis by the Education Week Research Center found that Black students are more likely to be arrested while at school. Likewise, the presence of police on school campuses may imply to students that they are already would-be criminals.

"While this is a huge victory, this is also just the beginning," Manning told Salon. "Now it's about unlearning the ways in which a school district is another institution that still contributes to white supremacy, to anti-blackness."