Bill Zollars is former CEO of YRC Worldwide, which was accused of fraud and just got $700 million taxpayer bailout 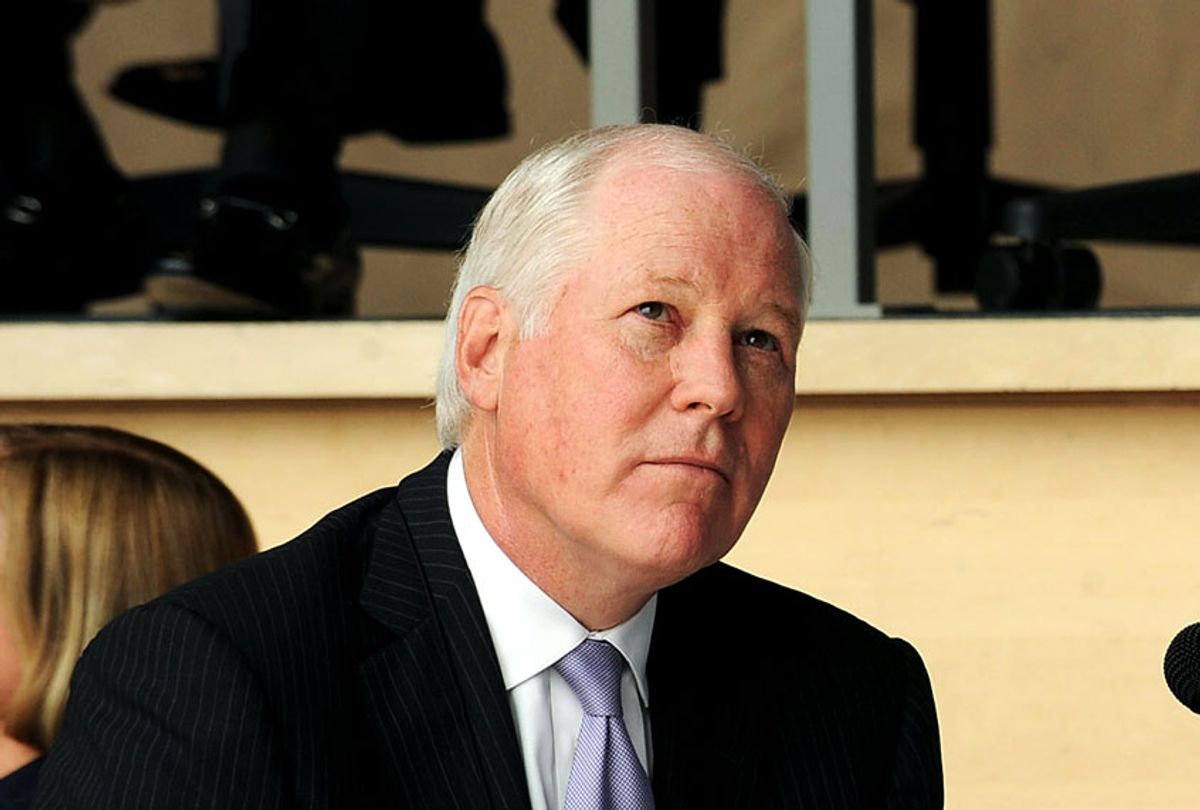 In June, the Senate confirmed Bill Zollars, the former head of a trucking company called YRC Worldwide, to the board of the U.S. Postal Service. Salon has learned that YRC is currently being sued by the federal government for allegedly defrauding the Pentagon while Zollars was CEO.

Zollars left the company nine years ago, so he wasn't involved with the government's recent $700 million taxpayer-backed loan to YRC Worldwide. Still, that was a surprising turn of events, given that YRC was valued at only $70 million in total on the day before the loan was extended in June, and had warned shareholders in May that it was in danger of going out of business.

In exchange for the loan, taxpayers will take a 29.6% share in the company.

When the Senate confirmed Zollars to the USPS board, along with former Air Line Pilots Association president Donald Moak, it restored the quorum that had been lost after Deputy Postmaster General Ron Stroman stepped down.

Stroman was reportedly forced out as part of a USPS housecleaning directed by President Donald Trump, who wants to fully privatize the government-run service and has repeatedly made baseless accusations that mail-in ballots are subject to rampant fraud.

The USPS has warned that without emergency funds, the expansion of voting by mail poses an existential threat to its financial viability.

In a statement announcing the emergency loan to YRC, Treasury Secretary Steve Mnuchin said that the funds will go to support about 30,000 jobs as well as "essential military supply chain operations" on which 200,000 North American companies depend. The Treasury Department has not disclosed the terms of dividend payments to shareholders.

Though the government does not typically appropriate stakes in companies, Congress approved such moves amid the pandemic to ensure taxpayer money was not misspent.

The current $700 million loan, which matures in 2024, does not come out of the funds that the CARES Act set aside for small businesses, but from a $17 billion section intended to support businesses considered crucial to national security.

The CARES Act says that companies that take money from the $17 billion fund must give the government an equity stake.

Treasury reportedly did not hand out any of that slice for longer than three months, largely because defense contractors "considered those terms too onerous," industry executives and lobbyists told The Washington Post.

"There are too many bells and whistles going in the wrong direction, and major aerospace companies just aren't interested," said Arnold Punaro, a retired Marine Corps general who currently works as a defense industry consultant. "If this were a good deal for our aerospace companies, they would be using it."

YRC Worldwide — which Treasury said accounts for 68% of the military's "less-than-truckload," or LTL, shipping services — has taken losses amid the economic shutdowns necessitated by the coronavirus pandemic. The company posted a first-quarter revenue loss and has laid off a number of workers.

In 2018 the Justice Department filed a lawsuit against YRC — along with subsidiaries Roadway Express Inc. and Yellow Transportation Inc. — alleging that trucking units had overcharged the Pentagon millions of dollars for at least seven years. The suit claims that the companies made false statements to the government and inflated weight measurements on the bills it charged to the Defense Department from 2005 to at least 2013.

YRC did not immediately reply to Salon's request for comment, but said in a statement Wednesday that the government's lawsuit is "a contractual dispute which originated in 2009 and predates the current board and CEO by more than a decade."

However, Zollars was CEO for most of the years covered by the allegations.

Zollars stepped down from YRC in 2011. He had been with the company and its predecessors since 1996, and oversaw the acquisition of Roadway in 2003 and the formal merger of Yellow with Roadway in 2009.

According to federal prosecutors, around that time, workers for the companies reweighed thousands of shipments but did not note the changes when units came in under the original weight estimate.

Truckers "reweighed thousands of shipments and suppressed the results whenever they indicated that a shipment was actually lighter than its original estimated weight," the suit said.

"This case should serve as a warning to any organization that enters into a contract with the federal government: If you try to rip us off, be prepared to pay a heavy price," said U.S. Attorney James Kennedy in a statement at the time the suit was filed.

A YRC spokesman told the Wall Street Journal in 2018 that the investigation had been going on for about a decade, and that the Pentagon had retained it as a client during that time. YRC, the spokesperson said, had since changed its behavior.

The original complaint was filed in 2008 by a whistleblower who had worked for the company for more than 30 years, sparking the government investigation that culminated in the lawsuit.

Around that time, YRC's companies posted valuations in the billions, hitting a high of $9.9 billion in 2006. Profits simultaneously increased, and the companies expanded its interests into China, acquiring major stakes in two large Chinese freight companies.

In 2008, YRC posted a loss of nearly $1 billion during the Great Recession, and then in 2009 barely escaped bankruptcy when it convinced company bondholders to exchange $470 million for about a 94% stake in the company

In September 2011, the year Zollars stepped down, YRC underwent a restructuring that precipitated massive pay cuts — including Teamster union jobs — and "essentially wiped out any shareholder equity."

The Treasury's statement Wednesday said the YRC loan had the blessing of Defense Secretary Mark Esper.

"Treasury's determination was based on a certification by the Secretary of Defense that YRC is critical to maintaining national security," the statement said.

The Treasury Department, Justice Department, U.S. Postal Service and White House did not immediately respond to Salon's request for comment. Bill Zollars did not respond when asked for comment.