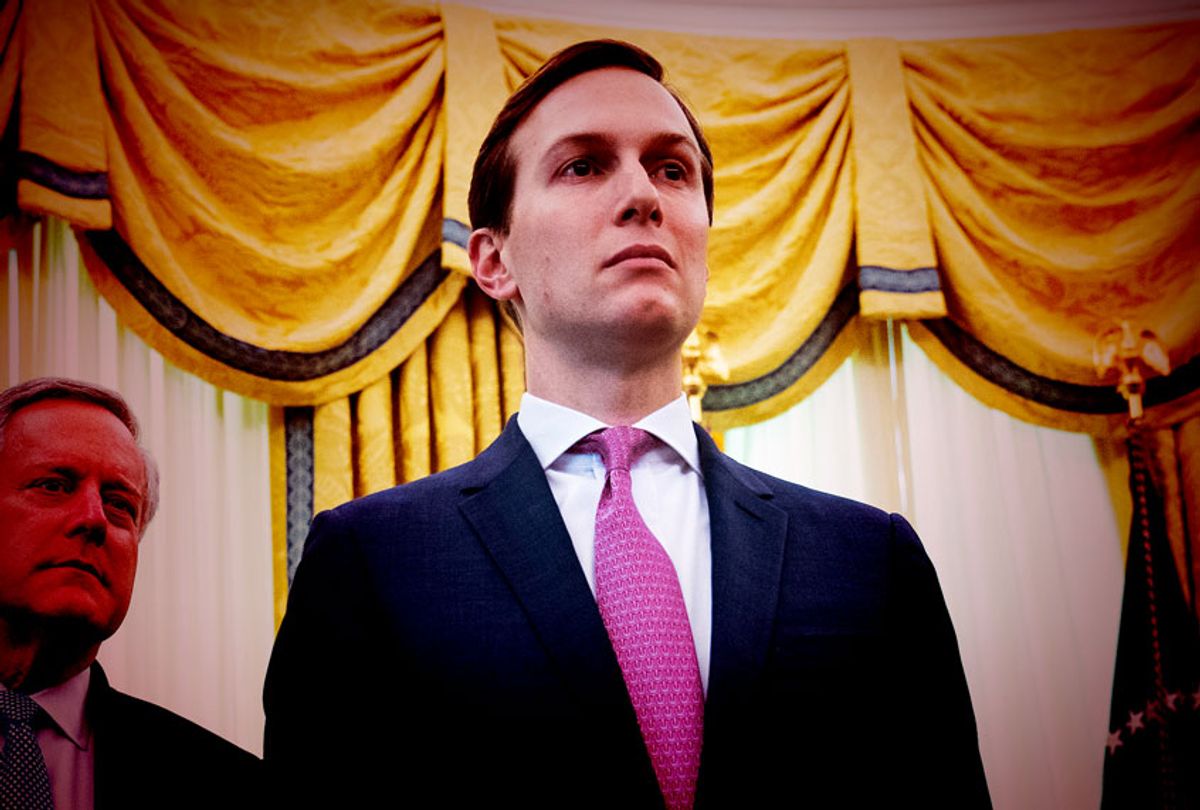 "President Donald Trump's top aides are divided over the merits of resuming national press briefings to keep the public informed about the latest coronavirus statistics as infection rates spike in large states including California, Texas, Florida, Arizona and Georgia," Politico reported. "Trump chief of staff Mark Meadows, senior adviser Jared Kushner, press secretary Kayleigh McEnany and counselor to the president Hope Hicks are among the aides arguing against these regular sessions because they want to keep the White House focused on the path forward and the nascent economic recovery — without scaring too much of the country about a virus resurgence when infections are rising at different paces in different regions."

"More than 126,000 people have perished in the U.S. due to the coronavirus, according to the Centers for Disease Control and Prevention, and the government's own experts are warning of serious trouble ahead," Politico noted. "The brewing internal fight shows the extent to which the White House has lost control of its messaging on Covid-19 as the majority of voters disapprove of Trump's handling of the virus, according to interviews with a half dozen current and former senior administration officials and Republicans close to the White House."

Trump has been harming himself with his own supporters with his approach.

"The coronavirus void at the White House — after a historic stretch of briefings by the president himself — is highlighting the holes in Trump's latest approach as he focuses on other matters while blaming the media for focusing on the coronavirus," Politico reported. "Trump's current handling of the virus risks damaging Trump's standing even further, making him look out of touch with even his own supporters in red states now struggling with the virus resurgence."

"You can't spin a pandemic," Axelrod noted. "I mean, everyone is living with it. The reality of it is too obvious."