"They're rejecting that approach in even the deepest of red states" 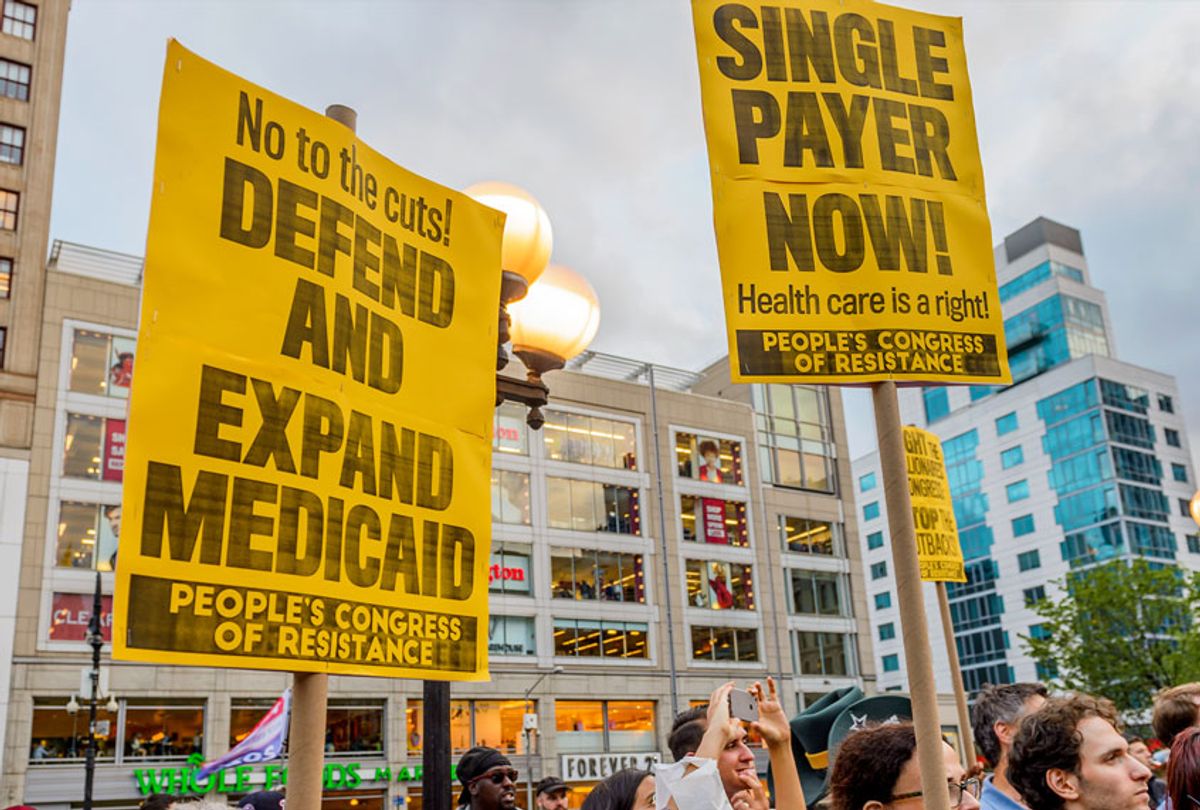 Potentially derailing an effort by Republican Gov. Kevin Stitt and the Trump administration to slash the state's Medicaid funding by turning it into a block grant, Oklahoma voters on Tuesday approved a ballot measure to expand the healthcare program to around 200,000 low-income adults amid a sharp rise in new coronavirus infections.

The vote makes Oklahoma the first state in the nation to expand Medicaid under the Affordable Care Act (ACA) by amending its Constitution—a move that could forestall efforts by the Republican-dominated legislature to gut the program. The initiative requires the government of Oklahoma—which has the second-highest uninsured rate in the nation—to submit Medicaid expansion paperwork to the federal government within 90 days.

Jonathan Schleifer, executive director of The Fairness Project, an advocacy group that organized in support of the ballot initiative, said in a statement that "in an election year that will be dominated by healthcare, Oklahomans just delivered the first big win of 2020."

"Voters are tired of politicians ignoring the problem or worse, trying to take their healthcare away, and they're rejecting that approach in even the deepest of red states," said Schleifer. "Americans want more healthcare—not less. And politicians who fail to heed that message are going to be in for a rude awakening this year."

The ballot initiative succeeded—albeit by an ultra-slim margin of less than 1%—despite opposition from Stitt, who earlier this year made Oklahoma the first state to seek a waiver from the Trump administration to turn its Medicaid funding into a block grant, a longstanding conservative goal. Experts have warned that block-granting Medicaid would hamstring states' ability to increase spending on the program in response to public health needs—flexibility that is desperately needed amid a pandemic.

Politico reported that Oklahomans' decision to enshrine Medicaid expansion in the state Constitution "could bar state leaders from making conservative changes to the program, like adding work requirements or premiums. It's an open question whether the ballot measure would preempt a block grant."

The Medicaid expansion measure passed days after the Trump administration intensified its legal assault on the ACA by asking the Supreme Court to invalidate the entire law. If successful, the effort would end Medicaid coverage for more than 12 million people nationwide.

"The people have spoken," Floyd said in a statement. "More than 300,000 citizens signed a petition to place State Question 802 on the ballot and a majority of those who cast ballots voted to approve it. Our caucus has long supported and advocated for Medicaid expansion in Oklahoma. We stand ready to work with our colleagues in the legislature and Governor Stitt to fund the state share so we can implement Medicaid expansion as soon as possible."