From Gus Fring to Adam Clayton Powell Jr., Giancarlo Esposito plays "the humanity of all people"

There are overexposed actors, and then there's the ubiquitous Esposito, who is always welcome on our screen 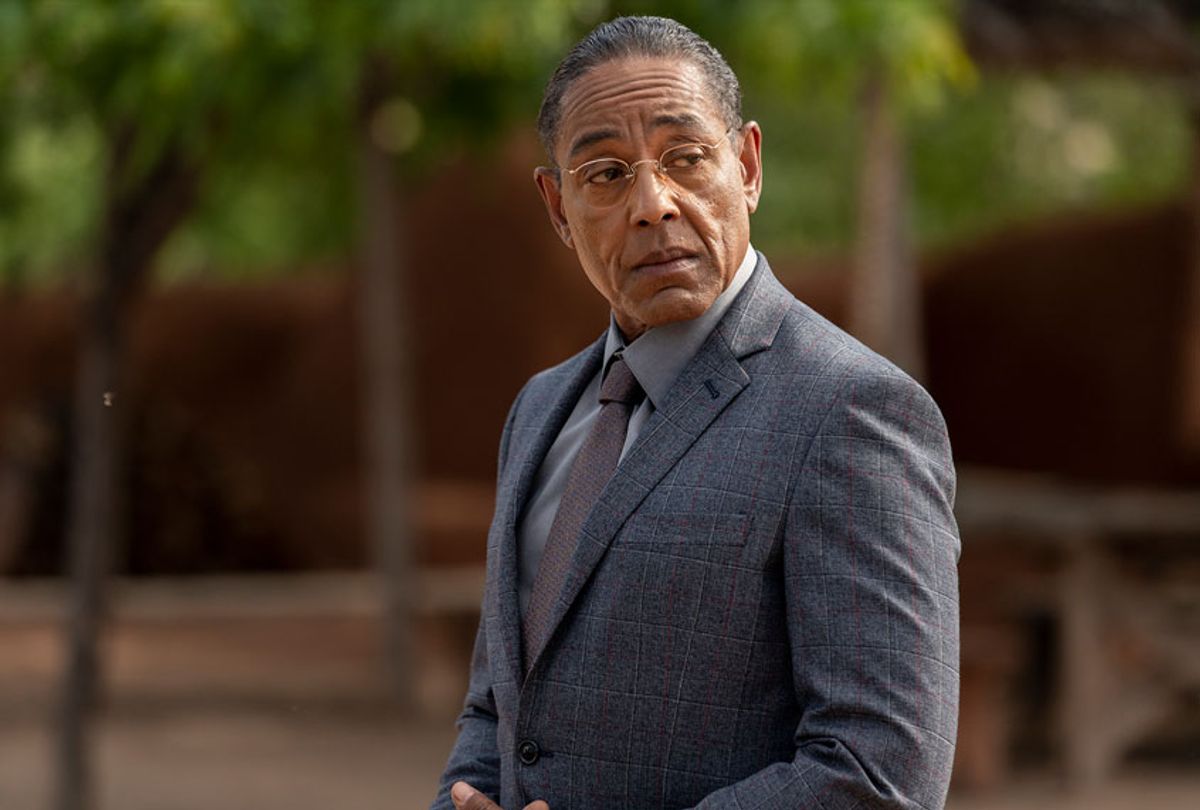 Whenever Giancarlo Esposito enters the frame on your favorite TV show, you notice. It can't be helped. He's simply one of those actors people affectionately recognize and more often than not, feel like they know. Maybe that's because between multiple TV and film roles, Esposito is more or less inescapable these days. On AMC's "Better Call Saul" and "Breaking Bad" he is the indomitable Gustavo Fring, the businessman who founded the highly popular fast food chain Los Pollos Hermanos,  and the cold, calculating crime boss.

But wait – isn't that his voice narrating the action on Netflix's "Dear White People"? Why, yes.

He also voices comic book supervillain Lex Luthor on the animated DC Universe series "Harley Quinn" while, in the Marvel-adjacent "Star Wars" universe, he carries the legendary Darksaber as Moff Gideon in the Disney+ series "The Mandalorian."

Esposito pops up on HBO's "Westworld" and at the very end of Amazon's  "The Boys," and in the space it takes for him to utter a few short lines he adds a weight of reality and gravitas.

"I never want to get pigeonholed into playing one thing," Esposito said during a recent in-person interview (that took place in a not-so-long-ago time when such conversations occurred with regularity). "So blessed am I and fortunate to have the opportunities, in the last two years, to have such a diverse [set of] characters to be able to pull from."

He added, "It certainly has been for me a new roadmap to success because it's been the critical mass of doing – not doing everything, but doing things that have meaning, and that have been important."

If there is ever a conversation about what constitutes the paragon of Americanness in an actor, Esposito would make a strong candidate for that part too. Though born in Copenhagen, Denmark he is the son of a Black American mother who was touring abroad as an opera singer, and an Italian carpenter. His family moved to New York City when he was six, and his acting career began on Broadway shortly afterward. Since then he's appeared in nearly 200 films and TV series, including memorable parts in Spike Lee's "Do the Right Thing" and "The Usual Suspects."

The runaway success of "Breaking Bad" and "Better Call Saul" and the sinister mystique he pours into Gus Fring has paved the way to him scoring certain kinds of parts – his "Mandalorian" villain for instance, or the smooth and charismatic crime boss Charlie Baudelaire in the short-lived Cinemax series "Jett."

Esposito utterly inhabits these roles and the many others that have come his way completely and never qualifies how they square with who he is as a person. "For people to understand the multicultural nature of who we all are and how that connects us is deeply important," Esposito explained. "And for me, it's been a goal to take that piece and allow us to see further into the humanity of all people, because we can choose where we want to be and how we want to represent ourselves, which then reflects how we represent our culture and our background."

One role he's particularly proud of playing within his recent feast of castings, is that of New York Congressman Adam Clayton Powell Jr., in Epix's "Godfather of Harlem," an experience Esposito describes as particularly important right now.

"We desired to have people led back to true history to find out who is this guy who passed 868 bills in Congress? Who is this guy who . . . [helped start] the National Endowment for the Arts? You know, folks don't know that he had that legacy," Esposito said. "He also was a guy who had so many flaws, but was well loved. Womanizer, drinker, but got it done and wanted equality for his people. Some of the stories surrounding him are legend."

The actor added, "I want to tell stories that are human, and tell stories that advance us in our knowledge of who we are as dark-skinned people. Not only for us as African Americans, but for the world to see what accomplishments we've made and how far we've come. So when the story does change from that of carrying the burden of slavery, which will always be inside of us, to carrying the victory of success, that people understand our contribution in a different way and see us differently. That's a goal to be accomplished."

Part of the reason he makes these observations is due to what a white male interviewer shared with him earlier that day: in that man's opinion, Esposito recalled, white men had ruined the world. "That's an interesting statement for me to think about and digest, but for someone who is in that skin to acknowledge that then allows that person to understand that there should be an alternate route," he said, "that there might be another way to take us the rest of the way to figure out how to heal our society."

Throughout these interactions Esposito consistently bears a signature calm and elegance that exudes assuredness without overt arrogance, a quality lacking in many Hollywood stars who have reached a certain level of recognizability. Although he agrees that his filmography is long and that the last few years have been particularly productive, there are still a few roles that have eluded him.

"You know, I don't want to play always play the bad guys," he said. To be clear, none of the villains he plays are one-note or predictable, and part of his dream for keeping Gus Fring alive in the "Breaking Bad" universe is persuading creators Vince Gilligan and Peter Gould to create a series following Gus' rise to power. That will have to wait until the end of "Better Call Saul" which, sadly for fans of excellent television, looms on the not-too-distant horizon.

Before that, AMC is offering a chance to spend more time with Gus, and Saul, and Kim Wexler and the rest by way of a "Better Call Saul" fifth season marathon airing Thursday, July 9 starting at 9 a.m. ET and running straight through to 9:30 p.m. ET. On the same day the channel debuts "The Broken and the Bad," a digital short-form series hosted Esposito that features some of the stories from the real world that mirror the crimes and escapades in both "Saul" and "Breaking Bad."

In terms of playing a part that isn't a bad guy, he still has his role in "Dear White People" and more recently appears as a mentor in the Disney+ film "Stargirl."

"It's been nice to be able to cultivate characters who are helpful," Esposito said which, if you think about it, also happens to be quintessentially Gus thing to say, too.

But no matter how his characters are written in each script, the sight of the actor himself is always a good and welcome detail. And that's not something we'd say about just anyone who seems to pop up everywhere. We're not tired of the man yet, and hopefully, we may never be.