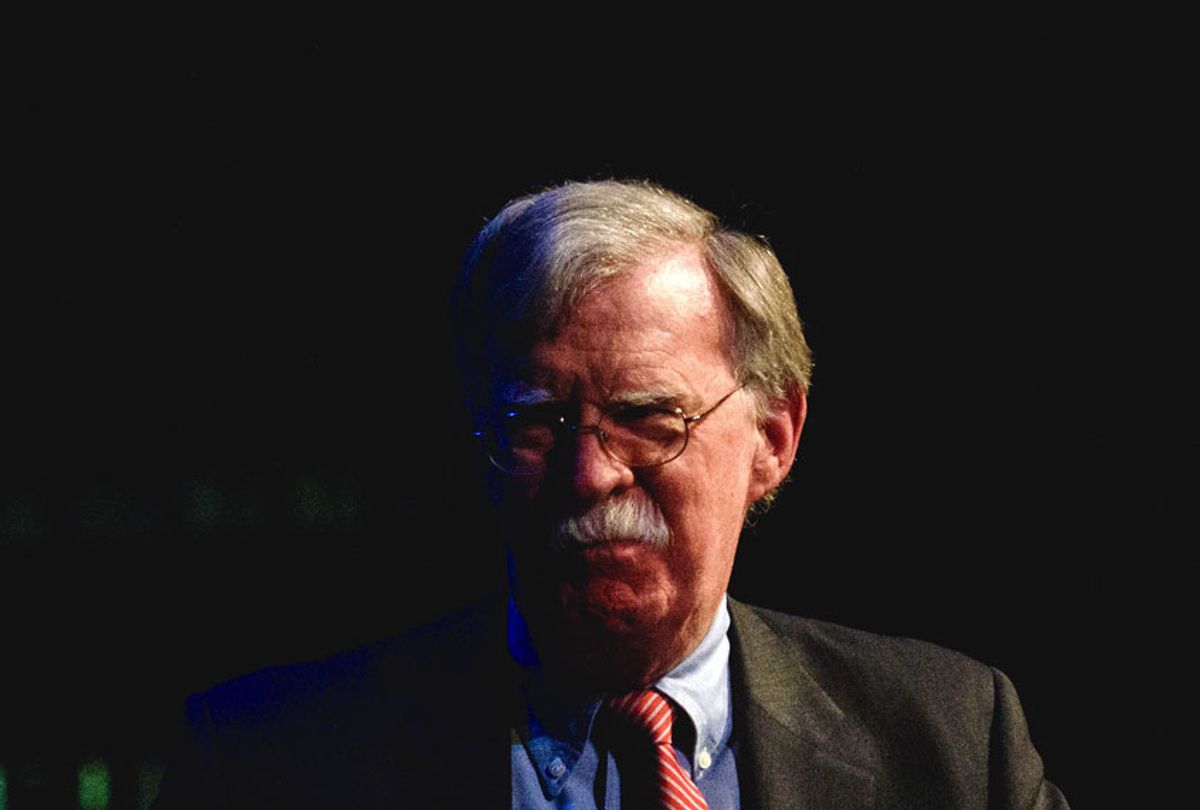 When former national security adviser John Bolton stepped down in September 2019 (or was fired, depending), he cited a disagreement with President Trump about Afghanistan. Specifically, Bolton pointed to an argument with the president about Trump's proposal to invite Taliban leaders to Camp David for peace negotiations a few days ahead of the Sept. 11 anniversary.

Around the same time, Trump was withholding military aid from Ukraine, seeking leverage with President Volodymyr Zelensky's government with the promise of weapons, equipment and other supplies that Ukrainian troops counted on to sustain them in border skirmishes with better-armed Russian soldiers and pro-Russian militias.

These two events seem unrelated, and have not been tied together in any reports or leaks. But a recent story offers a thin connective thread: It now appears that the president had learned several months earlier that Russia had promised to pay bounties of up to $100,000 to Taliban militants for the deaths of U.S. soldiers.

It's the same thread that's run the length of Trump's presidency: Vladimir Putin.

Maybe it's time to stop talking about what's in Bolton's recently published book, "The Room Where It Happened," and focus on what isn't.

Bolton's new tell-all — which went through months of classified review — includes, like so many memoirs to emerge from this administration, a number of embarrassing and incendiary claims about the Trump White House.

It does not mention the Russian bounty story, however, even though Bolton is reported to have personally briefed President Donald Trump on the matter in March 2019 — a claim the former security adviser has not denied.

Did the Trump administration cut that story?

The timeline on Bolton's book shows that he submitted his manuscript for mandatory government review in late December, and it was cleared for publication after a few months of back-and-forth edits.

Knight also says that the information was classified all the way up to "Top Secret." She signed off after Bolton made cuts to that material and a number of other, more minor edits.

But after that, Bolton's successor as national security adviser, Robert O'Brien, stepped in, saying that the book still contained classified information, and refused to clear it. Bolton and his publisher decided to publish anyway, and the courts declined to intervene.

Bradley Moss, a national security attorney whose firm represented at least one of the Ukraine whistleblowers — and who has himself shepherded several authors through the classified review process — explained in an interview that there might be various reasons Bolton didn't mention the Russian bounties.

"It could be that Bolton's original draft delved into the bounty subject but was stricken during the review process with the National Security Council this spring," Moss said. "If a contained section was pulled out, it wouldn't necessarily be obvious if Bolton rewrote parts to avoid clumsy transitions."

On the other hand, Moss continued, "It could be that Bolton never mentioned [the bounty question] due to legitimate concerns that it would be too tied up in classified matters. He may have self-censored on the subject because he anticipated there was no way to get that subject through the review process in a meaningful way."

To be sure, there isn't a whiff of the bounty story in "The Room Where It Happened." Bolton mentions that Iran allegedly collaborated with the Taliban, but never mentions Russia's activity, which had been widely reported for years.

Apparently the Russian government believes that the Taliban will control large swaths of Afghanistan in the near future, and has invited Taliban leaders and other senior Afghan figures to Moscow for talks to try to kindle a peace dialogue — much as Trump wanted to do by staging a Camp David showcase.

In fact, Putin held talks with Taliban leaders in Moscow in March 2019, the same month Bolton allegedly briefed Trump on the bounties. The Russian leader also met with the Taliban again in September, after Trump's deal had fallen apart.

Bolton alludes to this in one anecdote, when his national security team tries to convince Trump not to fully withdraw from Afghanistan.

Bolton's book offers another revelation about the Ukraine scandal that has received little attention. Describing the first weekend in September of last year, days before the argument with Trump that led to his departure, Bolton writes that "Zelensky's prisoner swap with Russia proceeded, a positive event in its own right, and which Trump had seemingly indicated might be enough to get him to release the security assistance."

In other words, Bolton suggests that Trump was open to releasing aid to Ukraine even without Zelensky's promise of a new investigation of Joe Biden — he might have settled for a second, previously unreported condition: The prisoner swap that suggested a Ukrainian detente with Russia, an outcome highly favorable to Putin.

Bolton never mentions the prisoner swap anywhere else, but he did describe the Trump administration's dance with Ukraine — especially Rudy Giuliani's involvement — as a "drug deal."

Similarly, Bolton writes that he never thought it was a good idea for Trump to invite the Taliban to Camp David. Neither did anyone else except the president, Bolton writes, and top advisers warned Trump that Republican allies wouldn't like it, and that it would probably hurt him politically.

For some reason, however, word of the proposed meeting never got out until Trump tweeted about it himself — canceling it because, Trump claimed, the Taliban had just killed an American soldier in a car bombing. (Bolton mentions Iran as a possible collaborator in that attack.)

There were multiple Taliban attacks on U.S. troops in the months and weeks leading up to Trump's decision. It's not clear what made that car bombing special or unusual.

The two men [Bolton and Trump] spoke on the phone Monday night and it grew heated, as it often did in the Oval Office. Arguing over Afghanistan, the president was angered by Bolton's opposition to the president's scuttled plan to host Taliban leaders at Camp David to broker a peace deal.

In short, the conspicuous absence of the Russian bounties from Bolton's memoir confirms that, at the least, Trump has Putin on the brain pretty much constantly. At the worst, the president has been exceptionally eager to fulfill a number of promises, spoken or not, to a global adversary. Numerous top U.S. officials told NBC News in August 2019, in the middle of the Ukraine scandal, that Trump had told them he wanted U.S. forces out of Afghanistan by Election Day.

Though Trump also promised voters he would withdraw troops from Afghanistan, Bolton gives no indication that the president was concerned with it as a domestic political issue. In fact, Bolton says Trump dismissed the potential negative optics, including the terrorist threat at home.

On NBC's "Meet the Press" last Sunday, Susan Rice — who was national security adviser under Obama and is reportedly on Biden's short list of potential running mates — spoke about the Russian bounties.

"I don't buy this story that [Trump] was never briefed," Rice said. "I believe that … when the information first came to light in 2019, my successor, John Bolton, would have walked straight into the Oval Office, as I would have, and informed the president of this intelligence."

Bolton, for his part, seemed to tip his hand on whether the bounty question was ever in his book, telling CBS News' "Face the Nation": "I'm not going to disclose classified information. I've got the struggle with the president trying to repress my book on that score already."