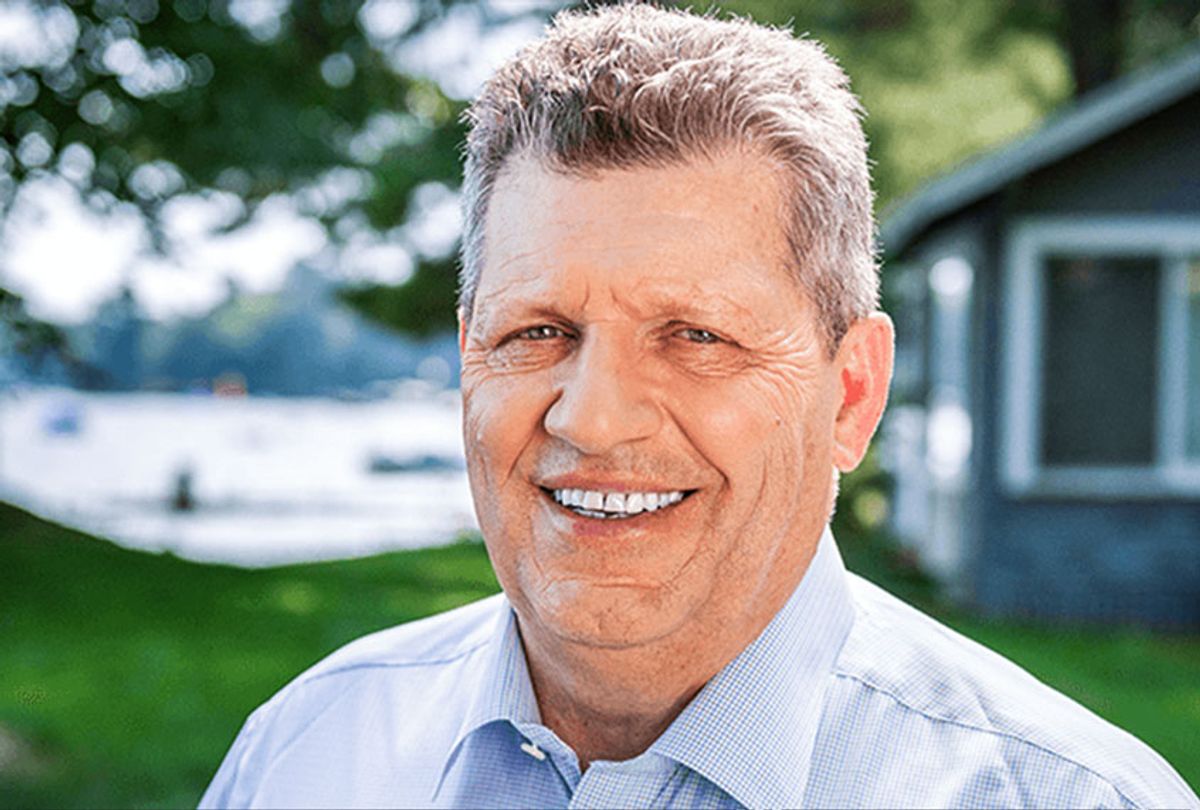 New Hampshire Republican Senate candidate Corky Messner, who disputes the science behind the climate crisis, repeatedly flew on a private jet, and then criticized climate change activists for doing the same thing.

Messner, who was endorsed by President Donald Trump in his primary bid to face incumbent Sen. Jeanne Shaheen, D-N.H., has been an outspoken skeptic of climate science before drifting into full-on science denial earlier this year.

Messner, who has calls himself a "conservative conservationist," is self-funding his campaign, drawing from a fortune worth up to $45 million. His investment holdings include numerous oil and gas companies worth up to $380,000 in total. His holdings include up to $250,000 in ExxonMobil stock, as well as smaller stakes in the Oklahoma natural-gas company ONEOK, the utilities WEC Energy and ONE Gas, and the Williams Companies, a natural-gas processor, according to his February financial disclosure.

"We ought to individually do things … like those climate change activists who fly around in private jets ought to stop doing that," he said. "Do you realize that one trip in a private jet from the United States to Europe creates more CO2 than probably all of us create? One private jet trip. So, so we all can reduce the amount of CO2 we produce."

But Instagram posts from 2017 show Messner repeatedly making flights on private jets, with no mention of the CO2 emissions. His personal Instagram feed has since been made private.

Messner even posted a video of him inside one of the jets with his dogs.

Messner responded to questions about his use of a private jet by accusing his Democratic foes of hypocrisy.

"The hypocrisy of Senator Jeanne Shaheen, Speaker Pelosi, AOC and others on this subject is palpable. They put forth economic disasters like the Green New Deal, but say nothing about their liberal donors and friends jet-setting around the globe," he said in a statement to Salon. "Yet I am being singled out for the few rare private flights when commercial travel was not possible because the far left is grasping at straws and is terrified that D.C. Jeanne Shaheen is in serious trouble here in New Hampshire."

One of the flights Messner took was to a college football game, according to the caption.

"Corky Messner is spreading blatant disinformation to justify his denial of science," Jerry Curran, chairman of the New Hampshire chapter of the Sierra Club, said in a statement to Salon. "The climate crisis is real, it's clearly impacted by humans, and it's hurting our planet at a rapidly accelerating pace."

Messner made the comments while downplaying man-made climate change despite scientific consensus on the issue.

"Multiple studies published in peer-reviewed scientific journals show that 97 percent or more of actively publishing climate scientists agree: Climate-warming trends over the past century are extremely likely due to human activities," according to NASA.

But Messner insisted at the December town hall that it was unknown whether human activities contribute to climate change.

"Do we really know how much of an impact man has had recently on climate change? And I think the answer to that is we really don't know," he claimed. "Having said that, I consider myself a conservative conservationist and this is the only Earth we have and we should take care of this Earth."

"I have studied that issue a lot and there is so much misinformation out there about this climate change stuff," Messner said in July 2019, when an audience member asked him to deny that climate change is real. "Listen, the climate changes. It's the history of the earth. All right? The impact that we have on it today, no one really knows, no matter what they say. And I think there's a huge question on whether the impact we're having today is different or even worse than three or four thousand years ago when there were forest fires that were burning out of control and polluting the earth. So, you know, this idea that the science is settled is just not true."

"Observations throughout the world make it clear that climate change is occurring, and rigorous scientific research demonstrates that the greenhouse gases emitted by human activities are the primary driver," a group of 18 American scientific associations said in a statement more than a decade ago.

"The Earth's climate has changed forever, all right? The extent to which human activity impacts that today, I don't think we know. I don't think the scientists know," he said during a campaign event. "I just read somewhere where, you know, one of the glaciers that's melting somewhere, they found like thousand-year-old trees inside a glacier. So what does that tell us? It was warm before, for a very long time, to grow thousand-year-old trees. Then it got really cold again to bring the glacier back. So I don't think we know."

Messner drifted into full-on science denial during an interview with local news outlet WMUR in March.

"Man's impact on climate change is minimal. All right. I don't believe that we can do much to impact it," he declared. "I just think the extremist[s], you know, that want to take control of all parts of our lives is, it's extreme. And the reality is, I don't think that would have much impact anyway … So I just — I think the progressives are using climate change as a justification to take more government control."

Scientists, not progressives, are the ones who say that climate change is real and man-made.

"Earth's climate is now changing faster than at any point in the history of modern civilization, primarily as a result of human activities," 13 federal government agencies concluded in 2018.

Messner insisted to Salon that he believes in preserving the environment but argued that Democratic proposals are "misguided."

"I not only believe we all should do our part to preserve our environment, I live it. I am involved in preserving my community here in New Hampshire and I am an active member of clean water efforts through our watershed projects," he said. "We must protect the planet, but we should do so responsibly, and with an understanding that the working families and small businesses of New Hampshire are hurt the most with over-reaching legislation like the Green New Deal and its misguided spin-offs."

But Curran argued that Messner is way off on the science around climate change and would only serve to enable Trump's assault on environmental protections.

"Gutless Republicans like Messner, who refuse to stand up to Trump for fear of political retribution, are in lockstep with the Trump administration's wreckage of climate protections," he told Salon. "Messner is clueless about the climate emergency, and that kind of indifference will have a disastrous effect on New Hampshire's economy and environmental legacy. New Hampshire deserves a lot better."