The administration has repeatedly sought to cut food assistance 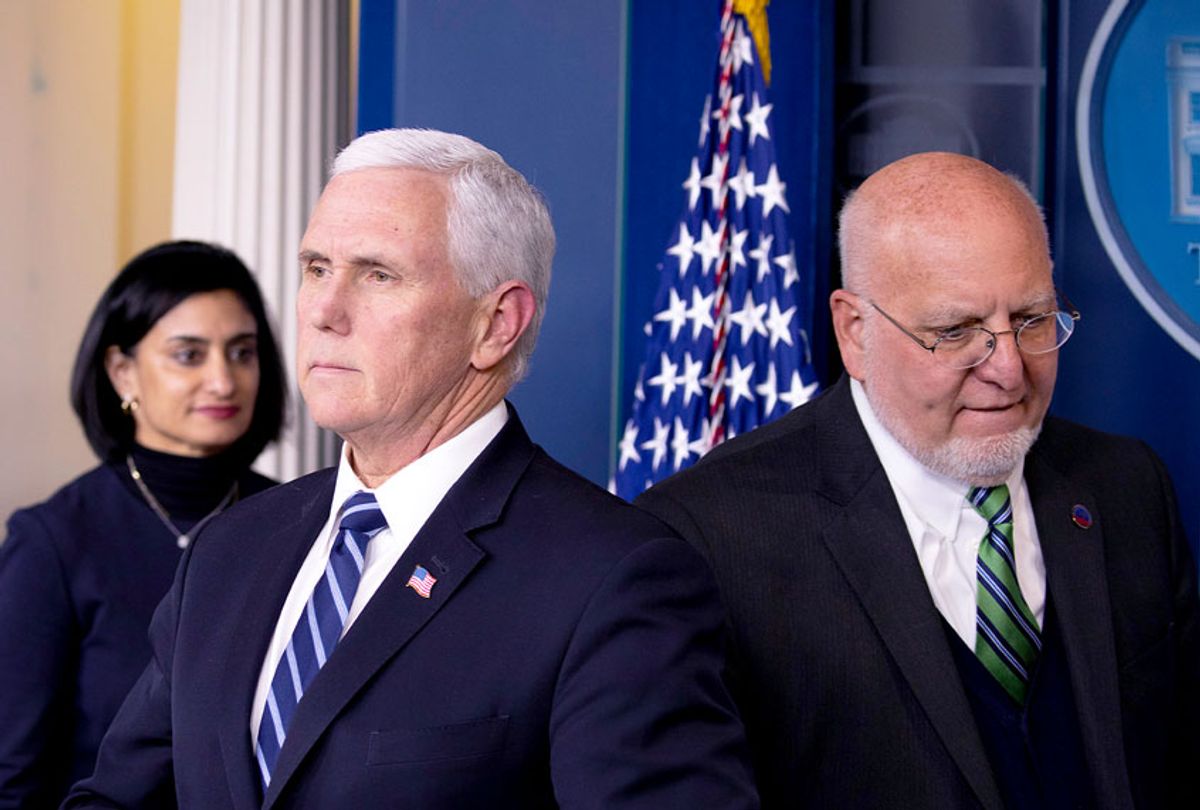 An anti-hunger advocate took issue with Vice President Mike Pence's Wednesday claim that fulfilling children's need for "nutrition" is a primary reason for having students return to schools in fall, calling it "the height of child hunger chutzpah."

Pence's remarks came during the latest White House Coronavirus Task Force briefingin which the vice president said it is "absolutely essential" to get students back to school "for in-person learning" and referred to the need of students who rely on school meals.

The comments dew the attention of Hunger Free America—the national non-profit behind the "Hunger Clock" billboard ads shaming Republican senators for blocking $16 billion in food assistance in the midst of the coronavirus pandemic.

The group said Pence's comments are at odds with Trump administration moves to increase food insecurity by trying to push millions off of food stamps and threateningto block 500,000 kids from access to free school lunches.

Joel Berg, CEO of Hunger Free America, said in statement that he acknowledged "the health of many children is harmed when they miss school meals when schools are closed." But, he stressed, the vice president's stated concern for addressing child hunger should be met with suspicion.

"I am glad Vice President Pence is citing the importance of school meals, but troubled that he might be using them as an excuse to override all other public health concerns," said Berg.

The Trump-Pence administration, he continued, "has consistently sought to decrease the ability of children to obtain school meals and other federally-funded nutrition assistance. It's the height of child hunger chutzpah for an administration that has worked to take food away from hungry children to say kids should be sent back to potentially dangerous schools just to avoid hunger."

Berg pointed to the HEROES Act, a stimulus package passed in May by the Democrat-controlled House of Representatives, as legislation needed to begin to tackle unmet nutritional needs.

"If the Trump/Pence Administration really wanted to ensure improved child nutrition—whether or not kids go back to school quickly this fall—it should drop its opposition to the HEROES Act," said Berg, noting that the legislation "would provide more than $16 billion worth of nutrition assistance to families with children."

The new comments came the same day President Donald Trump ramped up his push for schools to open in fall, regardless of the status of the pandemic, by threatening to withhold federal aid if schools don't reopen then.

On Tuesday, a coalition representing millions of American teachers and parents criticized Trump and Education Secretary Betsy DeVos for their push to reopen schools, warning in a joint statement that "without a comprehensive plan that includes federal resources to provide for the safety of our students and educators with funding for personal protective equipment, socially distanced instruction, and addressing racial inequity, we could be putting students, their families, and educators in danger."