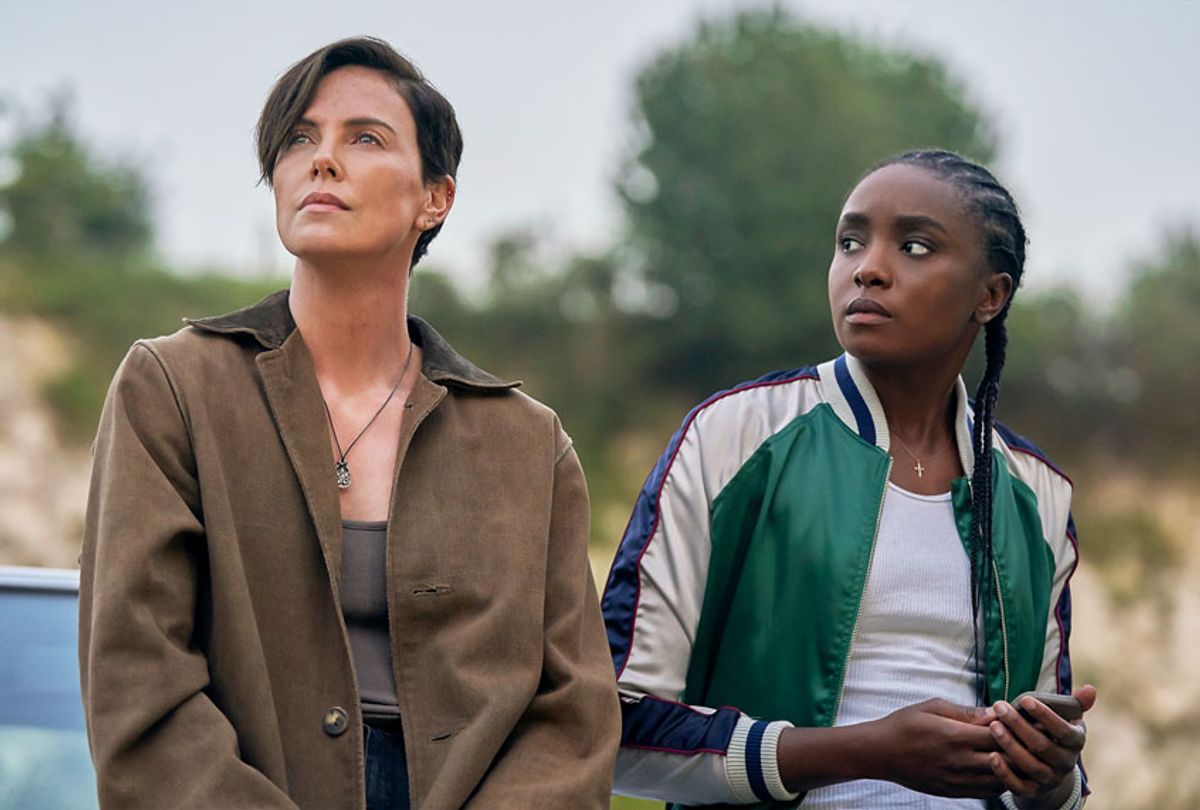 Part of the widespread weariness with comic book film franchises is their sameness. Every hero swaggers, confidently embraces physical strength as a mandate to shape the world as he or she sees it. And what choice does humanity have than to rely upon them? The threats they face are as potent or even more forceful than they are, and more often than not, hail from another planet, another dimension, some version of elsewhere that human governments are not prepared to tangle with. No matter what the problem or from when it originates, the solution involves a whole lot of punching, slashing, and gunplay.

"The Old Guard" on Netflix doesn't reject all of these tropes out of hand. It's still an action movie in the final analysis, one about a band of extraordinary, nigh-immortal beings who don't age, cannot be killed, and can heal quickly. But what a reader or the audience may think of as a boon is a burden if not an outright curse to those living with it, and one they also tacitly acknowledge they've little right to complain about.

Cut them down with bullets, and they're up and at the enemy's throats a few moments later. Direct hits from grenades take a little longer. This opens up the possibility of lot of explosions and spent rounds, but in this respect director Gina Prince-Bythewood and Greg Rucka (who wrote "Stumptown"), who wrote the script and the graphic novel series upon which the film is based, choose precise battle choreography as opposed to CGI-augmented blockbuster overkill.

Restraint defines and elevates "The Old Guard" into something more than a typical summertime superhero flick. If a defining characteristic of Marvel Cinematic Universe or DC Comics films is mindless escapism or the thrill of fantasy, "The Old Guard" consciously veers in the other direction by planting its boots on reality's ground. This insistence on remaining tethered to the reality of being human and of this world makes Charlize Theron's Andromache the Scythian – Andy, to her companions – one of the more refreshing figures in a genre that feels ever more saturated.

Andy has lived for thousands of years and as one of her companions notes, has forgotten more ways to kill than most armies ever learn. In spite of her character dating back to antiquity, Theron determinedly portrays Andy as a woman in this time, devoted to her family of circumstance and, as the film begins, more determined to keep all of them safe than risk exposure though risky missions, no matter how noble the cause or trustworthy the source.

At her side are Booker (Matthias Schoenaerts), picked up around the time of the Napoleonic wars, and Joe (Marwan Kenzari) and Nicky (Luca Marinelli), a couple that met and fell in love after they kept killing each other during the Crusades. The quartet is content to keep their ranks tight until they discover the rise of another immortal, a young United States Marine named Nile (KiKi Layne) on deployment in Afghanistan.

Anywhere superior beings exist, there must be people hunting them. Here, the adversary is a pharmaceutical company's CEO named Merrick, whom British actor Harry Melling serves up with a large glop of Martin Shkreli-esque oiliness.

Although he and his personal death squad pose a concern, Prince-Bythewood and Rucka opt to give more attention to the bond Andy and her brothers- and sister-in-arms share, especially once they bring Nile into the fold.

Prince-Bythewood isn't simply making history here in becoming the first Black woman to direct a big budget superhero movie, by the way. She's shifting the paradigm of what such movies can be and how its heroes can manifest. As Andy, Theron carries herself with strength and athleticism, an air of cynicism and weariness pulled along by heart and purpose. The secondary of these senses leads her and her team to trust in a mission given to them by a former C.I.A. operative called Copley (Chiwetel Ejiofor) which predictably goes sideways.

The plot of "The Old Guard" isn't all that original, but in drawing our attention to who these characters are as opposed to leaning upon the awe-inspiring moves they can pull off, the movie opts to be rich with emotional resonance as opposed to lousy with quips and explosions.

And this marks the story not by its heroes' seemingly superhuman power, but the acknowledgment of the limits of what they can do. It isn't simply their lack of numbers that dogs them, but time and the nature of living. Theron plays Andy with an armored exhaustion, someone for whom living through the centuries feels more like a pain than a gift. Against this, Nile, whom Layne imparts with a sustained intensity that emanates through her physicality and her dialogue delivery, is a shot of renewed spirit.

A fear more unnerving to Nile as she grapples with her new mantle of immortality is the truth that she'll outlive her family and friends, all that's familiar and beloved to her. Even so, her new family also reminds her that in the same way that they have no clue as to the why and how of their sudden inability to die, they also receive no indication as to when that power will disappear.

Everyone in the main cast is well matched, and the romantic bond between Nicky and Joe is particularly buoying in the face of so much doubt, retaining its poignancy even while the bullets are flying. But the ennui hanging over these heroes never slows down the action. Instead, it highlights the freshness of watching a seemingly mighty protagonist contemplate what it really means to have power and how best to use it, thereby inviting the audience to ponder how much good even a handful of extraordinary, nearly immortal people can effect upon a world increasingly riven with conflict.

An inability to overcome time feels right for this moment, somehow, or at least as relevant as the tale's acknowledgement that the world is so lost and humanity so bent on its destruction that even warriors who can live forever can only achieve a drop of righteous clarity in a morally polluted ocean.

And it could very well be that "The Old Guard" finds a way to explore that more completely in future installments. The movie closes with another classic comic book film move, dropping an excitement-whetting post end-card scene that hints at where the story can go, should it receive the grace to continue. Unlike many other films that choose to be so bold, odds are you'll really want it to.

"The Old Guard" is currently streaming on Netflix.