How to differentiate coronavirus vaccine news from hype

How long will it take? What do trial "phases" mean? We asked scientists to explain what news is and isn't important 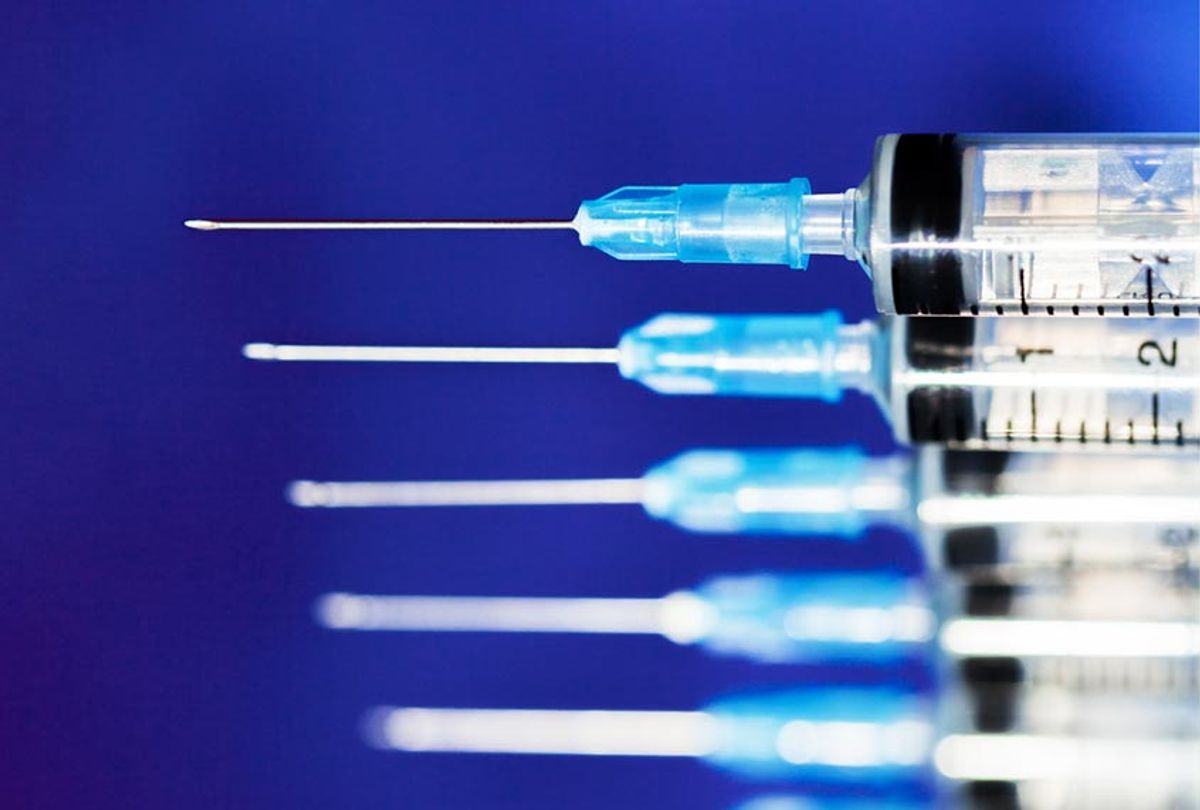 Close-up of Syringes in a row (Getty Images)
--

Every week since the start of the pandemic has brought new headlines about a coronavirus vaccine. In early June, there was news about human trials starting for a Johnson & Johnson vaccine; also in June, a vaccine made by Moderna was supposedly reaching "phase 3 trials," the last phase in a drug development before government approval. Just this week, Novavax, a vaccine development company headquartered in Gaithersburg, Maryland, made news headlines for inking a $1.6 billion public-private agreement as part of the Health and Human Services' Operation Warp Speed, which aims to deliver 300 million doses of safe and effective vaccines in 2021 in a collaborative effort with the private sector.

The constant updates from different companies as to vaccine creation certainly make for hopeful headlines. But for those of us laypeople lacking an immunology degree, it can be hard to filter what is important, and what is merely PR spin or sensationalist fluff. Moreover, for-profit pharmaceutical companies have a vested financial interest in advertising their vaccines as near-complete, even when they are not; such news inflates their stock and pleases investors.

According to The New York Times' COVID-19 tracker, there are more than 145 vaccines being developed worldwide; 21 of those vaccines are in human trials. The vaccine landscape is certainly noisy, which is why it can be difficult to differentiate what is news about actual progress and what is being overhyped in the media.

"There are so many vaccine candidates, this is unprecedented," Bunny Ellerin, the Director of the Healthcare and Pharmaceutical Management Program at Columbia Business School, told Salon. "Never before have so many organizations wanted to produce a vaccine."

Dean Blumberg, chief of pediatric infectious diseases and associate professor in the Department of Pediatrics at the University of California–Davis, told Salon that any news that stems from a company's press release, especially that which lacks any sort of associated data or a submitted publication with it, he tends to ignore those announcements. However, Blumberg said he takes notice of announcement when it is accompanied with data about the potential vaccine.

"So if they say we measured the immune response and here's a table that shows the immune response time 28 days after immunization versus baseline, that's actual data and that's more interesting," Blumberg told Salon. He added that the best case scenario in identifying real progress with a vaccine is where a company has released a preprint of research that's been submitted to a journal for publication.

"Even before it's been peer reviewed, and accepted for publication, you can at least look at it and make your own assessment of the quality of the data and the meaning of the data, put it into perspective," Blumberg explained. "The highest quality is obviously once it has been peer reviewed and accepted for publication, even if it hasn't been published yet," he added.

What do the "phases" of vaccine trials mean?

Ellerin told Salon that news consumers should pay attention to what clinicians are saying about vaccine news — particularly, clinicians who don't have financial stakes in any relevant pharmaceutical companies.

That said, there are still set processes that each pharmaceutical company must follow. These start with a preclinical trial, and then moves through three phases of testing before being approved.

"Phase I is very tiny — it's called 'the safety trial' with a small number of participants just to make sure it's safe," Ellerin explained. "Phase II is a larger number of individuals. . . it focuses on both safety and efficacy, but it's not huge."

Phase III is the "pivotal trial," Ellerin said, explaining that it tests thousands of people. By phase III, often the efficacy of the vaccine is "almost," but not entirely there.

Finally, Phase IV occurs when the vaccine is approved by the Food and Drug Administration (FDA) and is in the market.

From start to finish, it usually takes five to eight years to move through the testing trials and make the vaccine available to the public. As of July 8, only four companies are in Phase III.

How long will it take?

Ellerin said that a vaccine has never been created so fast as it has with the coronavirus. Thus, it is certainly possible that a vaccine will arrive much sooner, mainly because companies are "parallel processing," as Ellerin says. Parallel processing a vaccine means that a company or institution works on multiple phases at once — for instance, recruiting volunteers for Phase III when you're still in Phase I — in order to speed up the process.

Ellerin said that this process makes her hopeful that a vaccine will be in the market next summer.

"There are so many companies working on this that I have to believe that we will have it by next summer," Ellerin said.

Blumberg told Salon that he is also hopeful there will be a vaccine available in 2021, hopefully by next summer, in part because the coronavirus is so widespread that many people who have test vaccines will be exposed to it.

"There's enough virus circulating that you can actually do the studies that prove that [a vaccine] works," Blumberg said. He noted that there is concern over the rare side effects that vaccines often have. "I think we need the studies that prove that [a vaccine] is safe even from any rare side effects; we all know that there's a lot of vaccine hesitancy out there."

One poll found that only half of Americans would get a coronavirus vaccine. Blumberg said such a scenario could make it hard to achieve herd immunity, for which he says we will need somewhere between 70 and 90 percent of the population immune.

"Yet about 5 percent of people in the U.S. have been infected and are potentially immune; we're not sure how long that immunity lasts, so we've got a long way to go to build up to that herd immunity," Blumberg said. "Even if the vaccine was 100 percent effective, we would still need somewhere around 65 to 90 percent of the population immunized in order to consider returning to our previous way of life."