Human trials for a coronavirus vaccine are starting in late July 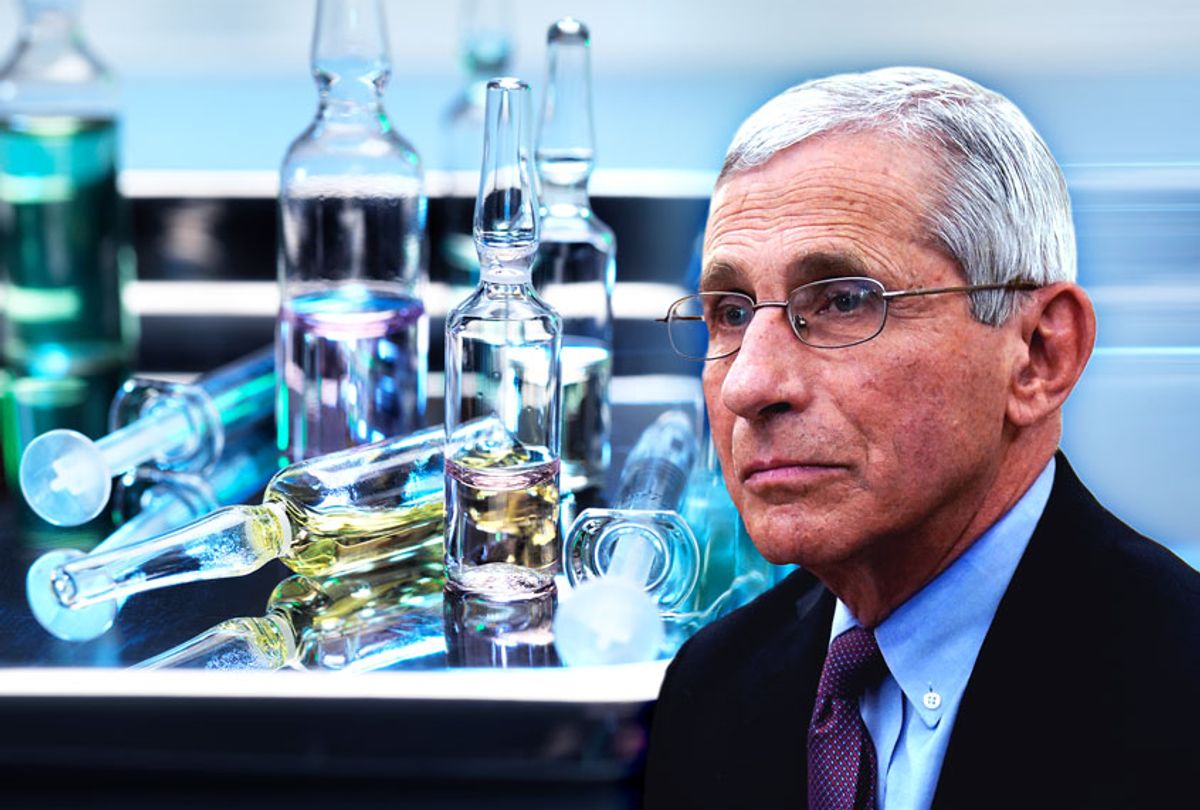 The pharmaceutical company Johnson & Johnson announced Wednesday that it is going to begin its human trial phase of developing a potential coronavirus vaccine in the second half of July, rather than September as originally planned.

In a press release, Chief Scientific Officer Paul Stoffels explained that "based on the strength of the preclinical data we have seen so far and interactions with the regulatory authorities, we have been able to further accelerate the clinical development of our investigational SARS-CoV-2 vaccine, Ad26.COV2-S, recombinant."

The company is utilizing the same technologies that helped it develop an experimental Ebola vaccine in 2019 and said that its goal is to develop a successful vaccine for the coronavirus that could have 600 million to 900 million doses ready by April 2021. This continues the company's goal of accelerating the usual pace at which vaccines are developed, one that it established in February when it partnered up with BARDA (the Biomedical Advanced Research and Development Authority).

Johnson & Johnson is not the first pharmaceutical company to establish a goal of developing a coronavirus vaccine at an accelerated rate. Dr. Anthony Fauci, director of the National Institute of Allergy and Infectious Diseases, told the editor of the Journal of the American Medical Association (JAMA) earlier this month that a potential vaccine being developed by the biotech company Moderna is going to enter the last stage before potential governmental approval in July.

"We are preparing the sites for the phase 3 study," Fauci told Dr. Howard Bauchner, the editor of JAMA, in the interview. "The real business end of this all is the phase three trial that starts in the first week in July." He acknowledged that there was a "risk" in doing this and added, "We are going to start manufacturing doses way before we know whether the vaccine works — that's going to be done as we are testing the vaccine. We may know whether it's efficacious by November or December. By that time, we would have 100 million (doses)."

In order for any vaccine to be effective, a majority of Americans would have to take it. Given the popularity of the anti-vaccination movement and the fact that a survey released last month found half of Americans were unsure of whether they'd get vaccinated or are certain they would not, a successful vaccine might face challenges in the public sphere. Some right-wing conspiracy theorists have even argued that the pandemic is part of a plot by Microsoft founder Bill Gates to sterilize the population with vaccines, while President Donald Trump has hyped unproved drugs like hydroxychloroquine as potential treatments for the coronavirus.

"By most estimates, at least 70% or more Americans need to be vaccinated against SARS-CoV-2 to develop effective herd immunity and to eliminate the virus in the US population," Dr. Russell Medford, Chairman of the Center for Global Health Innovation and Global Health Crisis Coordination Center, told Salon last month. "A vaccination rate of 50% will not achieve this."

According to Johns Hopkins University, nearly 2 million people have been diagnosed with COVID-19 in the United States and more than 112,000 have died, a number roughly equal to American casualties during World War I.