It raised the alarm over "potentially significant side effects" associated with hydroxychloroquine, including death 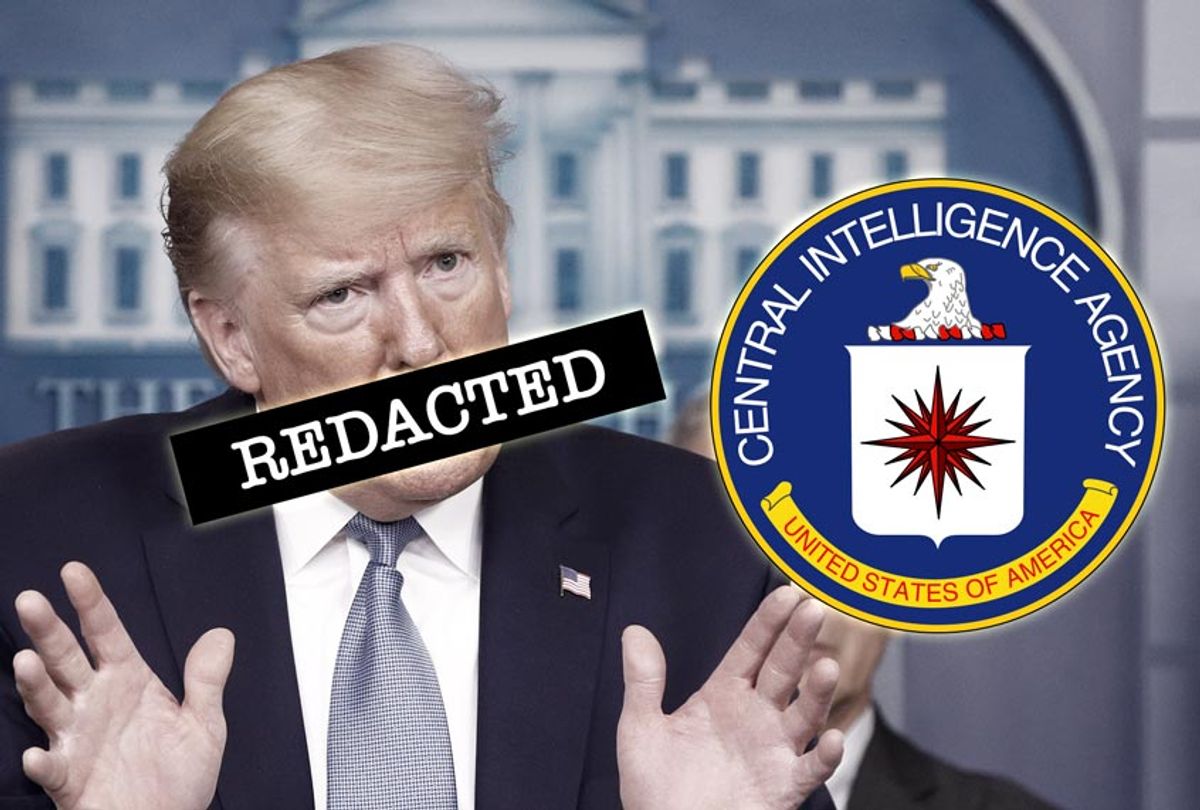 The Central Intelligence Agency warned its employees not to use an unproven drug treatment for the new coronavirus touted by President Donald Trump, because it could result in "sudden cardiac death."

"At this point, the drug is not recommended to be used by patients, except by medical professionals prescribing it as part of ongoing investigational studies," the CIA wrote on an internal website for employees on March 27 in response to media reports about hydroxychloroquine. "There are potentially significant side effects, including sudden cardiac death, associated with hydroxychloroquine, and its individual use in patients need to be carefully selected and monitored by a health care professional."

The website, whose contents were revealed by The Washington Post, added in bold type: "Please do not obtain this medication on your own."

President Donald Trump stirred up controversy last month when he tweeted that "HYDROXYCHLOROQUINE & AZITHROMYCIN, taken together, have a real chance to be one of the biggest game changers in the history of medicine." He later added that he hoped the two drugs would be "put in use IMMEDIATELY. PEOPLE ARE DYING, MOVE FAST, and GOD BLESS EVERYONE!"

Fox News host Laura Ingraham joined Trump in touting the drug, claiming on her broadcast that "one patient was described as Lazarus getting up after . . . he was like on death's door. And they started getting a protocol of hydroxychloroquine at Lenox Hill, and it suddenly — like Lazarus, up from the grave. I mean, that's an actual case."

However, Dr. William Haseltine, a biologist renowned for his work in confronting the HIV/AIDS epidemic, told Fox News last week that hydroxychloroquine was, in fact, a "quack cure."

Shaughnessy Naughton, a chemist and the president of 314 Action, the nonprofit PAC that elects scientists to Congress, told Salon last week that "the real problem is what it speaks about Donald Trump's management of this crisis."

"It's no different than when he said, 'It's only affecting 15 people,' or 'it's going away in April,' or 'there's a test for anybody who wants a test' or 'there's a vaccine in the horizon.' Now he's hyping a drug where we don't really know what the efficacy or safety of it is," she added. "It speaks to his chaotic mismanagement of this crisis."

The website now says, "There are no drugs or other therapeutics approved by the U.S. Food and Drug Administration to prevent or treat COVID-19."

The New York Times also reported last week that Trump has a financial stake in Sanofi, the French pharmaceutical company that manufactures the drug under the brand Plaquenil.

"Some associates of Mr. Trump's have financial interests in the issue. Sanofi's largest shareholders include Fisher Asset Management, the mutual fund company run by Ken Fisher, a major donor to Republicans, including Mr. Trump," the report said. "Another investor in both Sanofi and Mylan, another pharmaceutical firm, is Invesco, the fund previously run by Wilbur Ross, the commerce secretary. As of last year, Mr. Trump reported that his three family trusts each had investments in a Dodge & Cox mutual fund, whose largest holding was in Sanofi."