Former COVID-19 data chief: Outbreak is "much worse" than DeSantis administration lets on in Florida

It is now mid-July, and the nation has reported its first weekly increase in COVID-19 deaths since April 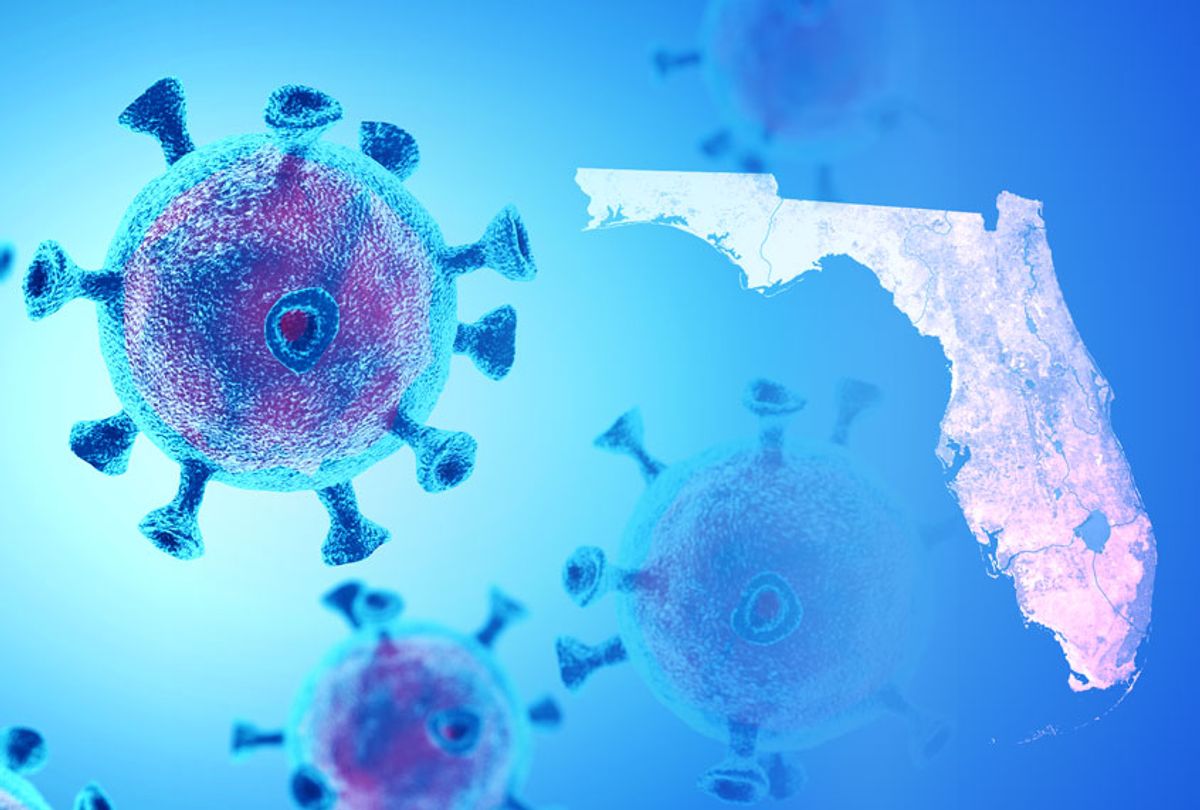 Rebekah Jones, the Florida data scientist who in May claimed that she was fired for refusing to manipulate state coronavirus data to meet the Republican governor's reopening criteria, has issued a new warning: The ongoing outbreak is "much, much worse" than it has been painted by the administration.

In a Monday interview with MSNBC host Lawrence O'Donnell, Jones, who built the state government's coronavirus data portal, identified a number of failures since she left her state job. Florida recently posted the highest daily caseload in a single day across all 50 U.S. states.

For instance, the southern state combined antibody test data with viral test data. Salon reported in May that the practice, which can obscure hotspots and misrepresent percentages, warps data not only at the state level. It may also trickle up to the national level at the Centers for Disease Control and Prevention.

A number of states have now revised this practice after criticisms of juked stats, but Florida apparently has not joined them. The recent surge in cases threatens to disrupt plans to fully reopen its economy.

Jones also said the Florida Agency for Health Care Administration (AHCA) only began to release hospitalization data at the county level last week, and the information contradicts the state department of health's data.

The AHCA numbers, which are available on Jones' own data portal, show that many counties have more people hospitalized than reported by the DOH. Jones wrote in an op-ed last week that the misuse of DOH hospitalization data stretches from bloggers all the way up to The New York Times.

Jones noted that the state did not release testing and case numbers in either jails or state prisons. Further, she said the health department stopped publishing testing demographic data after her firing in May.

"We have no idea if recent surges in cases by age, gender, race or ethnicity are truly spikes," she said, "or if they're proportional to the number of people being tested within those demographic groups."

On Sunday, Florida set a national record when it posted more than 15,300 cases in one day. As of Monday, the state had recorded nearly 270,000 total cases and more than 4,300 deaths due to COVID-19. If Florida were a country, it would currently rank ninth worldwide in cases.

Republican Gov. Ron DeSantis, whom Jones has accused of interfering with state data in the interest of his own political reopening agenda, dismissed the surge as a "blip" in a Friday news conference.

"We've got the census today. I think between 10 and 12 or 13,000 — somewhere like that — beds are available," DeSantis said in reference to the delayed release of county hospitalization data. "There'll be articles saying, 'Oh, my gosh. They're at 90%.' Well, that's how hospitals normally run."

DeSantis explained that his state has had "a lot of different blips."

"We're now at a higher blip than where we were in May and the beginning of June," he said.

Protesters shouted down DeSantis at a Monday press conference, demanding he resign. They yelled, "Shame on you!" and "You're doing nothing!"

On June 15, the day DeSantis announced that Florida would fully reopen K-12 schools come August, Scott Pritchard, the lead epidemiologist on Florida's COVID-19 response team, quit the DOH after 15 years of service. A former department employee told The Miami Herald that Pritchard left because he was afraid DeSantis would blame him when cases "started exploding."

And cases have begun to surge. A nurse at Cleveland Clinic in Pembroke, Fla., told The Daily Beast that "counting [COVID and] non-COVID patients, we went from seeing 100 people to 200 people a day. That is how many come in to get checked."

AHCA data shows that Cleveland Clinic had 25 available beds, nine of which were for adult ICU patients, as of Monday.

DeSantis' defiance in the face of data and death stands out even among conservative governors, such as Texas' Greg Abbott. On June 30, as Florida cases spiked, DeSantis declared that his state was "not going back" to tighter statewide constraints. Since then, Abbott, his own state at crisis levels, has shuttered bars, cut restaurant capacities and issued a statewide face-mask mandate. DeSantis, his critics suggested, has done little except cheerlead further reopening.

The New York Times released its own study chronicling global daily infections between June 28 and July 5. Arizona and Florida were the two most affected areas in the world. South Carolina was third, followed by Bahrain and Louisiana.

The U.S. reported at the national level the first weekly increase in deaths since mid-April last week. To date, the U.S. has recorded more than 3.3 million cases and more than 135,000 deaths.