As coronavirus seizes the state, Florida hospitals are in panic mode 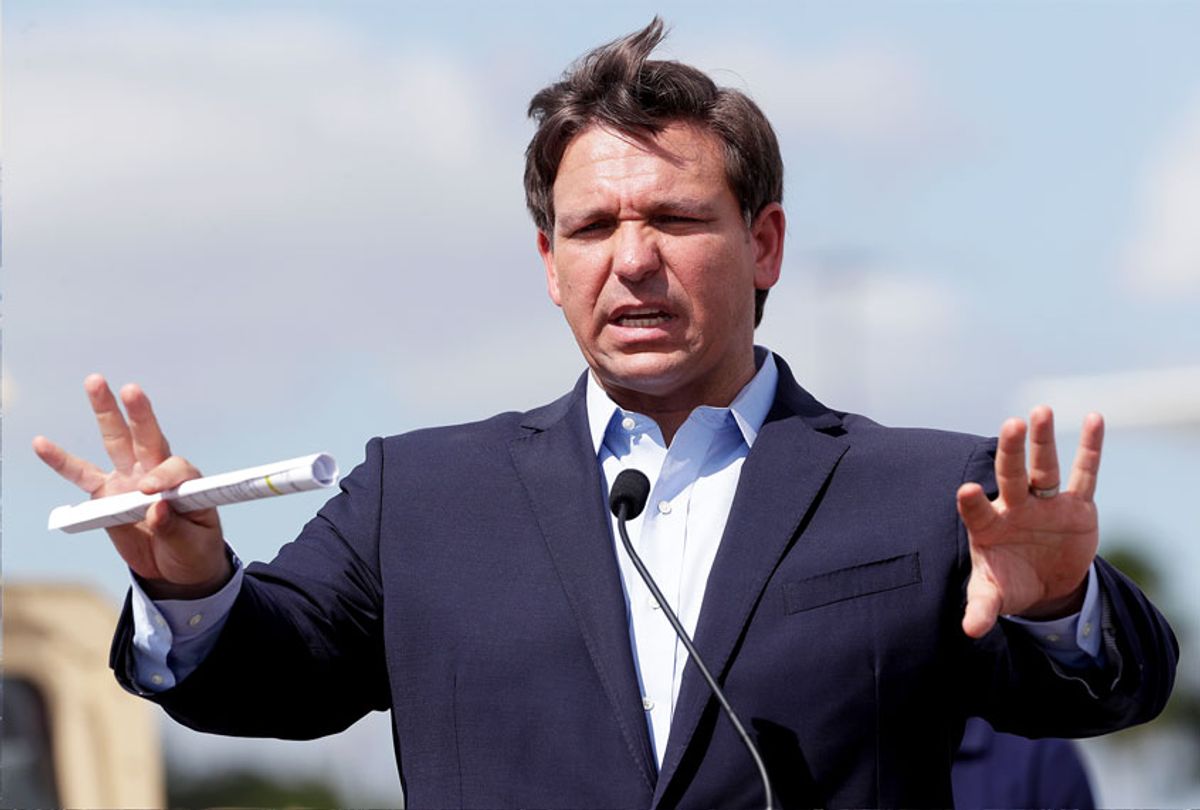 As Florida experiences a surge in coronavirus cases, the residents of the state are facing obstacles like overwhelmed hospitals and a looming shortage in beds.

There are 47,663 hospital beds in the state right now with 11,782 available (meaning a remaining capacity of 19.82 percent) and a total staffed bed capacity of 59,445, according to the Florida Agency for Health Care Administration's Hospital Bed Capacity Dashboard. The state Department of Health also reported on Friday that, out of 95,300 individuals who received coronavirus test results over the course of the previous day, 11,433 tested positive for COVID-19 (all but 90 of whom were Florida residents), meaning that more than 12 percent of the new cases had positive test results. The state also reported 93 new deaths due to COVID-19. (Salon reached out to the Florida Department of Health for comment on this story.)

The severity of the situation can be observed at the individual county level. Miami-Dade County, the most populous in the state, reported nearly 2,000 new COVID-19 cases on Thursday as its intensive care unit (ICU) hospital bed capacity surpassed 90 percent. The Florida Department of Health reports that 14.4 percent of the more than 389,000 people tested for COVID-19 overall in the county had positive results — well above the national average of 8.3 percent positive for the week preceding July 8.

Representatives from the Memorial Healthcare System, while emphasizing that they have never rejected a patient due to a lack of beds, said that "hospital capacity numbers provided by the state show standard capacity. However, these are not standard times. The second COVID-19 surge is considerably higher and steeper than the first. We are seeing double the amount of patients who are just as sick and in need of our care, causing a high demand in our emergency departments and ICUs."

Gov. Ron DeSantis, a Republican, has announced that he will send 100 nurses to the Jackson Health System in Miami after the overworked facilities have already hired 80 additional nurses within the past two weeks. One of its hospitals, Jackson Memorial, has only 28 ICU beds remaining out of 234. John Sinnott, the chief epidemiologist at Tampa General Hospital, told The New York Times that "when hospitals and health care assistants talk about surge capacity, they're often talking about a single event. But what we're having now is the equivalent of a bus accident a day, every day, and it just keeps adding."

Kena Lewis, the director of public affairs at the regional health care provider Orlando Health, told the local news affiliate ClickOrlando that, although Florida's Hospital Bed Capacity Dashboard reports a number of hospitals as having zero adult ICU beds available, their hospitals can scale up to meet increased demand if necessary and that therefore those numbers may not reflect on the overall bed capacity.

"In mid-March, as patient volumes declined and fewer beds were needed, Orlando Health began consolidating units to reduce the number of beds – including ICU beds – that were staffed and in operation," Lewis explained. "The current operational bed count is what we report to AHCA and what appears on their website. That number is not Orlando Health's total bed capacity."

One hospital executive announced that he is reducing the number of elective surgeries and implementing other policies to make sure that his hospitals have enough beds for the COVID-19 patients.

"This is a necessary action we must take to keep our hospitals from being overrun and for the overall well-being of our community," Larry Antonucci, CEO of Southwest Florida's Lee Health hospital system, announced on Thursday. He added that his hospitals, Lee Health, could soon be overrun as two are more than 90 percent full.

Florida's coronavirus situation was not always so bleak. Before DeSantis began reopening the state in May, it appeared to have effectively "flattened the curve." Once restaurants, bars and gyms were reopened, however, Florida began to see a spike in coronavirus cases, including a record-breaking 120 deaths in one day as reported on Thursday. (The previous record for deaths reported in one day, 113, was in early May.)

Florida could learn lessons from states like New York, where hospitals frequently ran out of beds and had to transfer their patients to other facilities while there were shortages in staff, medications and supplies. The state's health care system, which saw 30,000 of its residents die from COVID-19 under its watch, did not ultimately run out of beds due to careful planning and resource re-allocation.