Tesla secretly swapped out faulty solar panels, and there were fires "in many cases": report 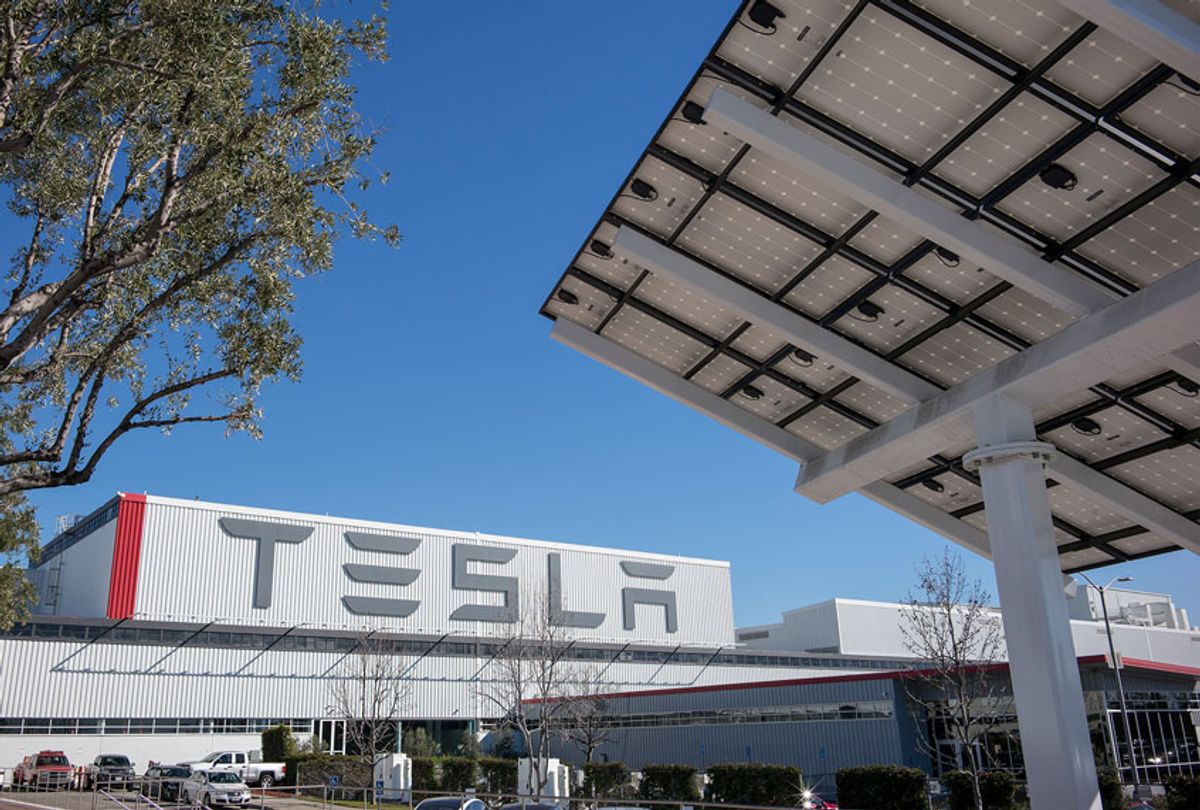 cenes at the Tesla car factory include the building's exterior with a solar panel on the property (right of frame). (David Butow/Corbis via Getty Image)
--

Linette Lopez, a Business Insider journalist who has covered numerous controversies involving the electric vehicle and clean energy company Tesla, reported last week that at least seven fires had occurred after the company secretly swapped out faulty parts on solar panels on its customers' roofs.

"What I revealed is that, for years, Tesla has had a secret operation inside the company called Project Titan, where it would clandestinely switch out a faulty part on many of the solar panels on its customers' roofs," Lopez told journalist Nomiki Konst on her eponymous show. "Now, the solar panels are not made by Tesla. They're made by a Chinese company named Trina [Solar]. And the problem was that the Trina panels were connected to these heat regulators made by a company called Amphenol. And the heat regulators are not working, so then the Trina panels would overheat. And what do you have? You have . . . an overheating solar panel. In many cases, you have a fire."

She added, "And this came to light because Walmart started suing Tesla, because it had seven fires on its roofs at Walmarts across the country. In one Walmart, they had to shut down operations for two weeks. So naturally, Walmart was pissed, and Tesla tried to keep this story under wraps. Because while [Tesla CEO] Elon Musk is very litigious, he tends to punch down. He doesn't want to get in fights with Walmart."

This is not the first time that Lopez has documented allegations of technical issues at Tesla. Lopez reported last month that the company had continued to manufacture its signature Model S cars, even though it was aware of a serious design flaw in its battery.

Tesla learned of a design flaw in the car battery, which could result in leaks, and struggled to figure out how to fix the situation, according to emails obtained by Lopez. The documents revealed that the end fitting of the battery's cooling coil, which helps regulate its temperature, was composed of aluminum so weak that tiny pinholes could form in the location where two key parts were meant to braze together. Possible leaks could leave behind a flammable residue inside of the battery, causing it to short.

Tesla has faced other controversies over the years, from vehicles which have caught fire and fatal Autopilot accidents to concerns about the cars' quality and reliability. More recently, Tesla has also been criticized after Musk defied California's stay-at-home orders in May in order to reopen his automobile factory in Fremont. The acts of defiance included dismissing reports on the pandemic as "dumb," filing a lawsuit for injunctive relief and threatening to move his factory out of California.

After the factory was reopened before its May 18 agreement with Alameda County, the facility suffered from a coronavirus outbreak, The Washington Post reported. Regarding one worker's experiences, the outlet wrote:

"No social distancing at all when clocking in/out [because] people are . . . in a hurry to go home or get back to their work station," the individual in the seat assembly plant said in a text message. As far as social distancing, the worker said, management "don't say anything to the associates [because] they're not doing it either."

As for the changes: "It's like nothing but with a mask on," the worker said.

Despite the alleged suffering of his employees, Musk saw his net worth increase by 48% to $36 billion between mid-March (when the pandemic reached the U.S.) and mid-May.

Tesla did not immediately respond to Salon's request for comment regarding the claims in Business Insider's reports.