The couple each gave $615,000 to the Biden Victory Fund — and another $1 million to help Democrats in Senate races 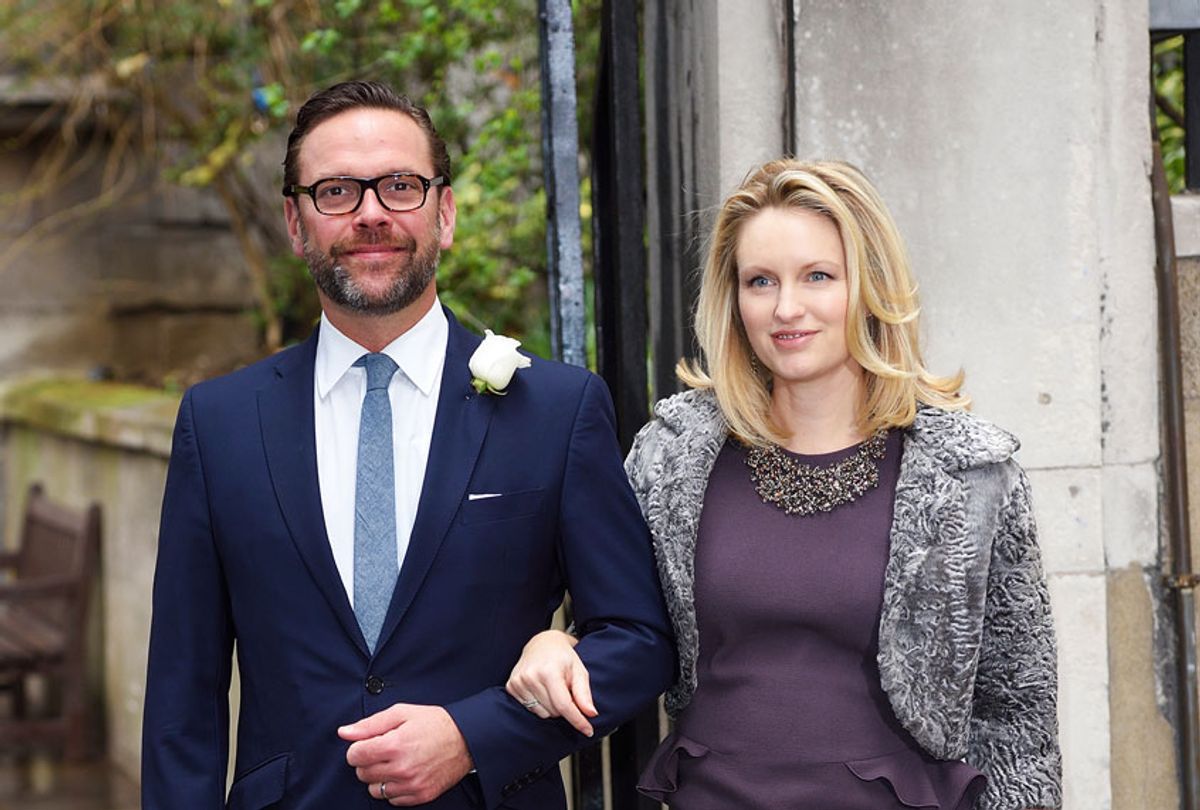 James Murdoch and his wife Kathryn Murdoch each contributed $615,000 to the Biden Victory Fund in June, according to Federal Election Commission filings.

The Biden Victory Fund splits donations between Biden's campaign, the Democratic National Committee and 26 state parties. The couple has also contributed to other candidates aiming to unseat Republicans. Kathryn Murdoch is "increasingly giving to Democrats this cycle, including $1 million to help Senate Democrats," The Washington Post reported.

James Murdoch has long been the more liberal of the conservative media mogul's sons, backing Democrats like former Colorado Gov. John Hickenlooper and former South Bend Mayor Pete Buttigieg in the Democratic primary. He and his wife also issued a statement earlier this year criticizing his father's outlets over climate change denial.

James Murdoch told The New Yorker last year that "there are views I really disagree with on Fox." He also discussed internal family tension, revealing that there are "periods" of time when he and his father do not talk.

The couple are not the only Murdochs to back Biden. Rupert Murdoch's wife Jerry Hall sent a $500 check to Biden's campaign in May after previously donating $1,000 to Buttigieg in the primary.

Rupert Murdoch himself has been fairly quiet this campaign cycle, though he has made several donations to Sen. Lindsey Graham, R-S.C.

The media mogul has reportedly soured on Trump's chances of winning re-election as polls show Biden surging ahead.

"Rupert thinks Trump is going to crash and burn," a person who spoke to Murdoch about the election told Vanity Fair's Gabe Sherman. "It's a clear-eyed assessment, just based on just looking at the news."

The newly-released FEC filings show that numerous wealthy donors powered the Biden Victory Fund to an $86.4 million haul in its first 68 days. The fund can receive donations up to $620,600, with Facebook co-founder Dustin Moskowitz and Twilio co-founder Jeff Lawson among the maximum donors.

The fund was launched after Biden officially clinched enough delegates to secure the nomination. The fund, Biden's campaign and the DNC raised a total of $282 million between April and June compared to a $262 million haul by Trump's operation.

Anti-Trump super PACs also raised plenty of money in the second quarter. The Lincoln Project, a group co-founded by George Conway, the husband of Trump adviser Kellyanne Conway, raised $16.8 million, up from $2 million in the first quarter. The AB PAC, part of the American Bridge 21st Century Foundation, which was founded by former conservative David Brock, raised another $10 million.