"There are views I really disagree with on Fox," Rupert Murdoch's son reveals in new interview 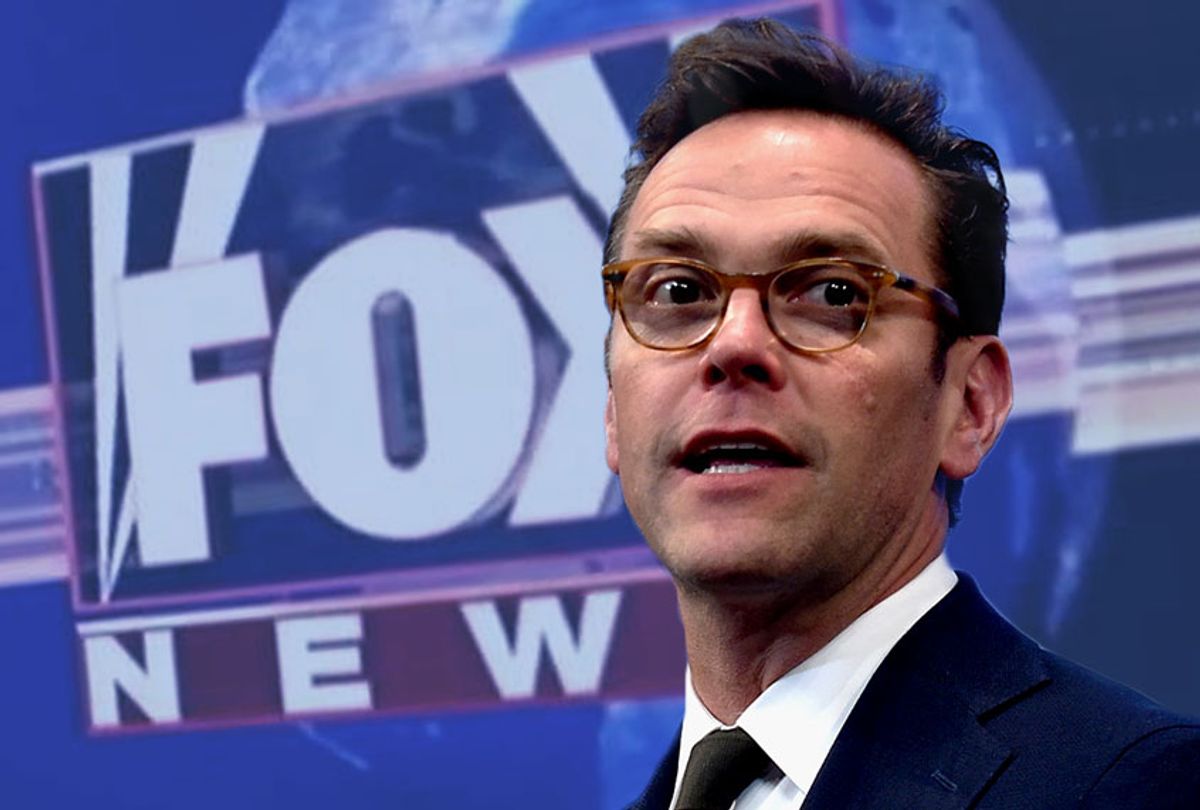 James Murdoch, the son of Fox News founder and executive chairman Rupert Murdoch, revealed to the New Yorker that he does not share many of the views advanced by the opinion arm of the right-leaning station.

"There are views I really disagree with on Fox," Murdoch said in an interview with Jane Mayer.

That being said, Murdoch emphasized that his earlier comment about how "the connective tissue of our society is being manipulated to make us fight with each other, making us the worst versions of ourselves" should not be "cast . . . as some reaction to" his views of the Fox News opinion section.

Mayer depicts the younger Murdoch as claiming indifference to the future of his father's company, insisting that he has not watched "Succession," an HBO series about a family fighting for control of a patriarch's media empire; "Ink," a Broadway play about the Sun, a London tabloid owned by his father; or "The Loudest Voice," a Showtime limited series about the disgraced former Fox News CEO Roger Ailes.

At the same time, Murdoch is shown to have championed political causes that are clearly at odds with the Fox News agenda, from donating to the Democratic presidential campaigns of former Colorado Gov. John Hickenlooper and South Bend Mayor Pete Buttigieg, whom he described as having "an extraordinary mind," to supporting a program at the Center for New American Security which aims to fight disinformation and electoral interference. That last cause goes goes against the grain of the Fox News agenda, which often downplays Russia's role in meddling in the 2016 presidential election, as well as Russian President Vladimir Putin's larger illiberal geopolitical agenda. Murdoch has also backed nonprofit groups that attempt to make it easier to vote and protect voting rights, although he argued that this "is not just a Trumpian problem. Generally, Western liberalism is up against an enormous amount of opposition everywhere."

In terms of his relationship with his father, James Murdoch said that while they had seen each other recently, "there are periods of time when we do not" talk.

Fox News has attempted to shed its image of being a right-wing network in recent years, despite a number of reports of coziness between the cable channel and the Trump administration. Chief among them is the president's not-so-secret bromance with primetime anchor Sean Hannity, which is reportedly maintained by virtue of late-night phone calls that hit the White House switchboard after Hannity's 9 p.m. ET broadcast ends. Albeit the duo is said to be be known to chat "multiple" times a day.

Speaking to Salon in January, Fox News anchor Bret Baier said that "when it comes to the news side of FNC, it’s sometimes tough for some people who don’t watch Fox to realize there is an opinion side and a news side of the house. So when it takes me 592 days to get President Trump to sit for an interview and a little longer for Chris Wallace, some people just paint with a broad brush and lump us all together. The president has appeared frequently on many of our opinion shows."