GOP strategists are panicking over Democrats’ advantage in Senate races: "We are scared to death"

“We’re scared to death by what we see,” a GOP strategist told the Wall Street Journal 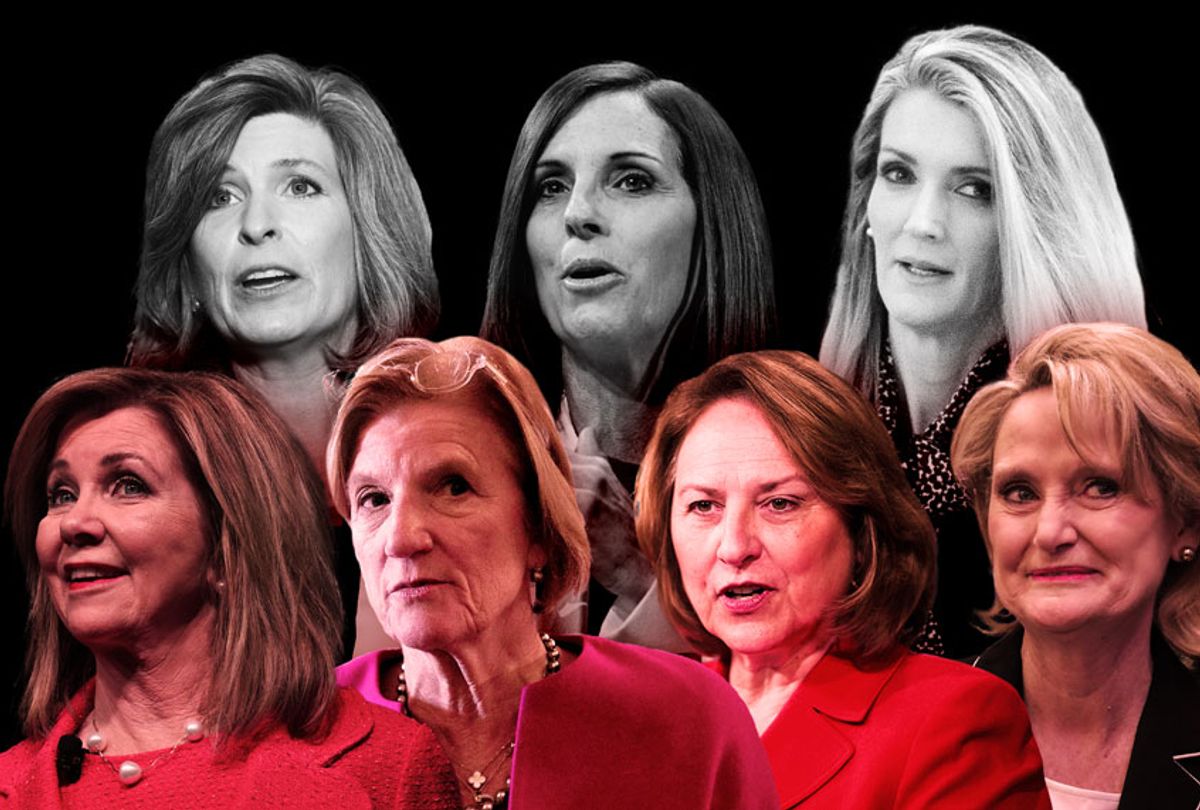 Many Democratic strategists have been emphasizing that if former Vice President Joe Biden defeats President Donald Trump in November, he won't be able to get a lot done from a policy standpoint unless Democrats achieve a majority in the U.S. Senate and Sen. Mitch McConnell of Kentucky loses his position as Senate majority leader — which is why the Democratic Senatorial Campaign Committee has been so aggressive about fundraising. And according to Wall Street Journal reporters Julie Bykowicz and Lindsay Wise, all that Democratic fundraising for U.S. Senate races is a major source of anxiety for GOP strategists.

"Republicans are sounding alarms after Democratic Senate candidates outraised their GOP opponents in the first six months of the year, a gulf driven largely by small-dollar online contributions," Bykowicz and Wise report. "Democratic candidates in the 11 most competitive Senate races collectively raised $67.3 million in the second quarter of the year — $20.5 million more than their Republican counterparts, according to fundraising reports filed Wednesday with the Federal Election Commission."

One of the Republican strategists who is sounding the alarm is Michael Duncan, who is working on the digital end of McConnell's reelection campaign. Duncan told the Journal, "It's a serious fundraising disparity that jeopardizes our Senate majority, and Republican senators need to wake up and develop a small-dollar program — or they'll be out of a job." And a GOP strategist who is focusing on Senate races told the Journal that from a fundraising standpoint, "We're scared to death by what we see."

Bykowicz and Wise cite Mark Kelly, who is running against incumbent Sen. Martha McSally in Arizona, as an example of a Democratic U.S. Senate candidate who has a fundraising advantage. The Journal reporters note that Kelly "outraised" McSally "in the second quarter, bringing in $12.8 million to her $9.3 million. With $24 million in his campaign coffers as of June 30, Mr. Kelly had a cash advantage of nearly $13 million over Ms. McSally."

Bykowicz and Wise note, "In North Carolina, Democrat Cal Cunningham had half as much cash on hand as Republican Sen. Thom Tillis at the end of March. But Mr. Cunningham's strong small-dollar fundraising — which more than doubled Mr. Tillis' in the second quarter — helped him close that gap almost entirely by the end of June, the filings show. Sara Gideon, the Democratic challenger to Republican Sen. Susan Collins in Maine, raised $9.4 million to Ms. Collins' $3.6 million in the second quarter. Ms. Gideon more than tripled what Ms. Collins raised from donors who gave $200 or less, the filings show."

The Democratic National Committee would love to see McConnell, who is being challenged by centrist Democrat Amy McGrath, voted out of office in November. But given how Republican Kentucky is, McGrath knows that she's fighting an uphill battle.

The most vulnerable incumbent Democratic senator, many pundits have stressed, is Alabama's Doug Jones — who will be competing with Republican challenger Tommy Tuberville in a deep red state. If Jones loses and Biden is elected president, Democrats would need a net gain of four seats to achieve a Senate majority. And if Jones and Biden both lose, Democrats would need a net gain of five seats for a majority — as Vice President Mike Pence would be able to break ties in an evenly split Senate.